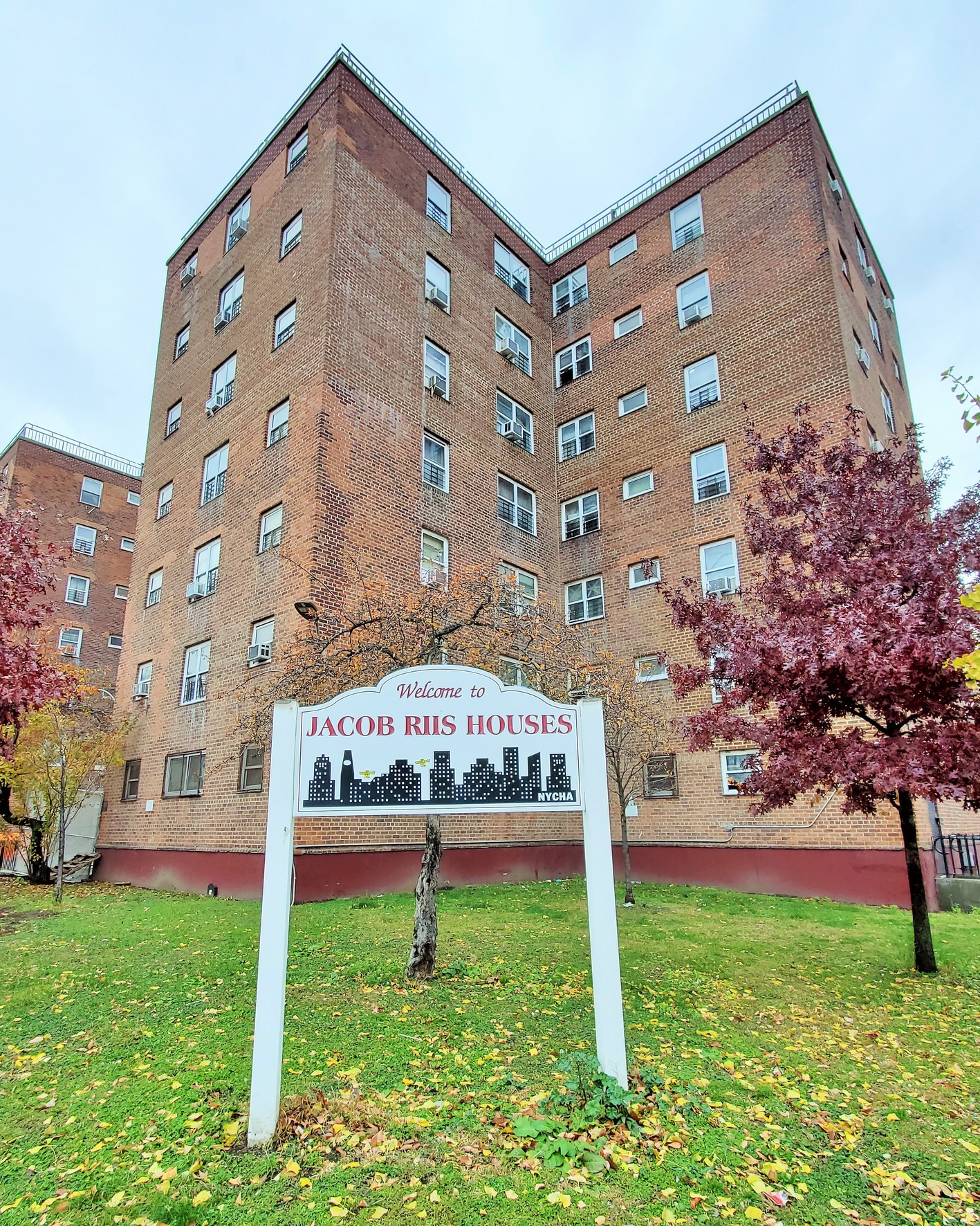 BY LINCOLN ANDERSON | Updated Thurs., Dec. 16, 6:30 p.m.: Fearing that the tide is turning in the P.R. war over the East River Park flood-protection plan, its supporters will rally Friday to demand that the contentious megaproject move forward.

The event by the ad hoc Frontline Communities Coalition will include tenant leaders from local New York City Housing Authority developments, representatives from GOLES (Good Old Lower East Side), members of Coalition for a District Alternative (CoDA) — which is Councilmember Carlina Rivera’s home political organization — and other local stakeholders. Rivera is a staunch support of the project.

They’ll make their stand on Fri., Dec. 17, at 11 a.m. at E. Sixth Street and the F.D.R. Drive, located between the Jacob Riis and Lillian Wald Houses.

The E.S.C.R. plan would raise the park by 8 feet to 10 feet to put it above the floodplain, turning the park into a massive floodwall in a first-of-its-kind project. The first part of the job involves clear-cutting all of the 82-year-old park’s existing foliage, including nearly 1,000 mature trees. Opponents support an earlier plan that, instead of raising the park, would add berms along the F.D.R. Drive’s eastern side, letting the park naturally act as a sponge during floods.

Following Hurricane Sandy, floodwalls have been built around the Baruch Houses south of Houston Street and generators have been lifted to the rooftops at the Riis Houses. Meanwhile, Con Ed has hardened its power plant at E. 14th Street against flooding, so that it won’t have to shut off electricity and cripple southern Manhattan again, as it did during Sandy. However, the Frontline coalition says that, despite all this new protection, due to climate change and sea-level rise, still more is needed.

According to Frontline’s press release, without the completion of E.S.C.R. to prevent flooding, create a resilient park and improve drainage systems, the East Village and Lower East Side, including NYCHA’s infrastructure, “will remain susceptible to deterioration, putting the future of residents at great risk of loss of life, evacuation and potential loss of homes.”

“As a NYCHA resident and president of the tenants association, I have seen and am still living with the devastation Hurricane Sandy has caused,” said Camille Napoleon of Baruch Houses. “My development is currently a war zone under heavy construction daily as we try to repair almost 10 years later what Sandy destroyed. It is vital that we push forward with the lifesaving E.S.C.R. project as it will offer the flood protection we need to save our homes and lives.”

(Her sister, Magda Napoleon, however, stands with the project’s opponents, even joining in a street theater-like Cocktails With Carlina protest with them earlier this summer. The anti-E.S.C.R.’ers charge that, despite tenant leadership’s claims, NYCHA residents do not universally support the project.)

Accusing the project’s opponents of muddying the waters, the press release says that residents’ lives and property are more important than a “nonresilient park.”

“Frontline Communities Coalition refutes the misinformation campaign specifically targeted to play into the fears of people of color and the residents of public housing,” the release says. “E.S.C.R. is about saving lives and, in doing so, it will also save the homes and East River Park itself for future generations. For Black and Brown people living along the waterfront, prioritizing nonresilient park space over the at-risk families living and properties along the waterfront is nothing short of environmental racism, which these communities continue to suffer from and will be forced to fight against!”

In addition, a separate e-mail to “neighbors and friends” is going around in support of the rally. Though it was not sent by CoDA, the letter notes that the organization — which it calls “our local political action group” — supports E.S.C.R. and the rally.

The letter accuses groups fighting E.S.C.R. — like 1000 People 1000 Trees and East River Park ACTION — of being “well-funded [by] anonymous donors” and even likened them to the Jan. 6 Capitol rioters.

“An organized, well-funded group from the southernmost area surrounding the park, largely comprised of white, non-public housing residents who did not experience what we did, has been waging a somewhat successful P.R. campaign in opposition to the plan,” the letter says, in part.

“Among their false claims, they purport to be speaking on behalf of the community when, in fact, a much larger grassroots coalition of residents directly impacted by Sandy from our blocks and from public housing met in various committees [to work on the resiliency issue].

“So behind them came this other group backed by anonymous donors who poured huge sums of money into a deceptive campaign to end the protections we need. Why and at whose behest they serve remains a mystery. But haven’t we seen their tactics before? Shades of January 6th, they have taken to violent confrontations with the police and arson.”

The “arson” mention is an apparent reference to when two golf carts were torched at the East River Park tennis courts in November shortly after they were fenced off for the resiliency project.

The letter included another e-mail actually from CoDA alerting people of Friday’s rally, which also noted that CoDA endorses the resiliency project along with GOLES and the Frontline Communities Campaign, and also asks people to sign a petition in support of E.S.C.R.

In response to the letter’s claims, Tommy Loeb, an East River Park ACTION member, clarified to The Village Sun, “F.Y.I., George Soros has not funded us. We wish!”

The project’s opponents have indeed been fighting back, desperately trying to stop the project in court — and also in high-profile demonstrations that have been drawing coverage from local media to the New York Post and Fox News. Pink-suited performance preacher Reverend Billy and his Stop Shopping Choir recently joined the effort to “save Mother Earth” from Mayor de Blasio’s 11th-hour megaproject.

But the city has already started moving ahead extremely aggressively with work in the park’s southern half. Apparently concerned about the court challenge, City Hall is having the workers destroy as much of the park as quickly as they can. In a highly unusual scene, they have been working around the clock, including through the weekend. The hard hats have blazed a shocking, blitz-speed path of destruction that has already laid waste to all the giant, old trees around the dance oval, among others. They continue to whack their way southward through the Depression-era park.

In a new development, as the wreckers have now started hacking away at the park’s historic 1930s-era amphitheater, the opponents are raising the alarm that this could release carcinogenic asbestos into the atmosphere. Concrete from back in those days often had asbestos mixed into it.

The Parks Department and Department of Design and Construction did not immediately respond to requests for comment on the new asbestos fears.

In a related court decision, the Appellate Division, First Department, on Dec. 9 ruled that the de Blasio administration was not “arbitrary and capricious” in awarding the contract for the park project to IPC Resiliency Partners over Tully Construction Co. Tully argued that IPC lacked the required experience because it was cobbled together from different firms specifically for this project.

Correction: The original version of this article incorrectly stated that the “friends and neighbors” letter e-mailed in support of Friday’s pro-E.S.C.R. rally was sent by CoDA. However, the letter was not sent by CoDA’s executive committee or anyone authorized to speak on behalf of the club.