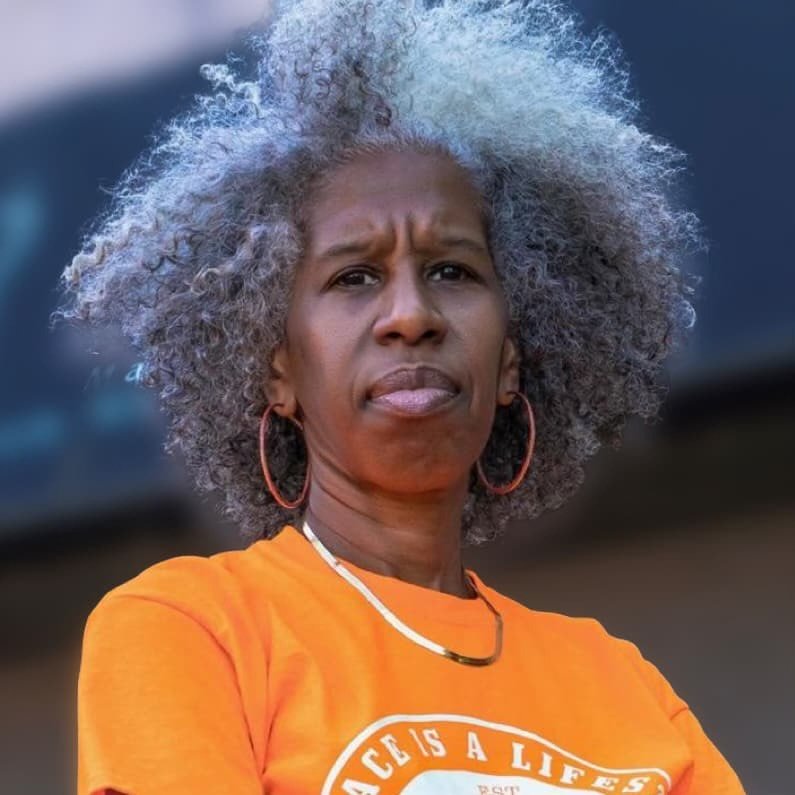 Erica Ford, the founder of LIFE Camp, Inc., is reportedly trying to open a pot store in the Meatpacking District.

Pot dispensary to open on Bleecker St., maybe in Meatpacking, too

Several more legal cannabis dispensaries are slated to open soon Downtown, following hot on the heels of the new Housing Works Cannabis Co., at Broadway and Astor Place, which was the first in New York State.

One of the incoming weed joints — which might possibly be called Smacked — reportedly will open its doors Tues., Jan. 17, at 144 Bleecker St., just west of LaGuardia Place, in a former Duane Reade space.

The store’s owner, Roland Connor, was granted a provisional license under the Conditional Adult-Use Retail Dispensary, or CAURD, program, which requires applicants to be justice involved and have a history of ownership in a profitable business. Connor owns a building management company and provides emergency transitional housing for at-risk men.

Mar Fitzgerald, the chairperson of the Cannabis Licensing Committee of Community Board 2, said Smacked LLC will be on the committee’s agenda for review at its Zoom meeting this Wed., Jan. 11, which starts at 6:30 p.m.

Given that the store is slated to open less than a week later, it’s definitely an accelerated timetable — from board hearing to opening — when compared to an application for an on-premises liquor license for a bar or restaurant. However, cannabis dispensary operators actually are under no legal obligation to appear before community boards.

“It may possibly open at 4:20 —  that may become a thing,” Fitzgerald noted of the store’s debut, recalling how the Housing Works dispensary kicked off at 4:20 p.m. on Dec. 29. April 20 (4/20) is a national day for celebrating wacky tabacky.

Another new reefer retailer, the Doe Store, at 62 E. 13th St., just west of Broadway, near Union Square, is also slated to opening this week. It was also provisionally licensed under the CAURD program, qualifying through the nonprofit Doe Fund.

And there could soon be Meatpacking pot, too. LIFE Camp, a nonprofit youth group founded by Erica Ford, a renowned human-rights activist and anti-violence leader, is in the process of nailing down a space in the trendy, largely commercial neighborhood. That application may come before the C.B. 2 committee next month.

In addition, in Community Board 3, another marijuana mart reportedly will be opening at 3 E. Third St., at Avenue A, right near Two Boots Pizza.

Regarding Smack LLC, Fitzgerald noted her committee last week met with owner Connor and Ray Cline, the resident chairperson of member of the Bleecker Area Merchants and Residents Association (BAMRA). (The group has a resident chairperson and a merchant chairperson.) They discussed plans for the dispensary, including hours of operation and “sidewalk stewardship.”

However, Judith Callet, a past BAMRA resident chairperson, was not exactly stoked — at least, not initially — over the news about Smacked.

“The neighbors only found out about it this week — word of mouth,” she told The Village Sun last Friday. “Rumor has it they are opening next week! This really isn’t the right location for such a store.

“The owners and staff of the dispensary had dinner at GMT and that’s how John, GMT’s owner, found out — just last night!” Callet said.

However, she was subsequently reassured after speaking to Connor.

“He’s very interested in being a good neighbor,” she reported. “He’s concerned. He’s an experienced businessman. He is diligent. Roland wants to do it right.”

Meanwhile, the opening of the Housing Works dispensary, which was blanketed by media coverage, was hailed as a giant leap forward for bud. Yet, at least one neighbor — a writer who lives in the Georgetown Plaza “condop” — was miffed by the long line of customers waiting to get into the place. However, her post seems to have since been deleted.

Regarding long queues outside the pot purveyors, Fitzgerald acknowledged, “Right now, Housing Works Cannabis is the only legal dispensary in the entire state and there’s so much excitement around it. As more legal dispensaries open, the more options shoppers will have and lines will lessen.”

However, she stressed, “Cannabis dispensaries are stores. They are not bars or nightclubs. These are not cannabis consumption lounges. They’re more like liquor stores. These are retail establishments.

“When thousands of women are on line for a purse pop-up in Soho, no one complains,” she pointed out. “When there’s a sneaker pop-up and there are thousands of kids — who are often people of color — there are complaints and the police are deployed.”

Fitzgerald said pot shop operators likely will just do what Housing Works Cannabis Co. has been doing — use barriers and stanchions to keep the lines from spilling out all over the sidewalk. She noted that the Housing Works line wraps around the corner onto Astor Place, where there is a building entrance, but that a gap in the line is being maintained so that the entrance is not blocked.

In addition, a crackdown on illegal pot stores is continuing as the legal stores open. There were reports that unlicensed weed sellers were being shut down in a wave of enforcement the same day the Housing Works cannabis store opened. Fitzgerald said she supports that.

“The Sheriff’s Office and O.C.M. [Office of Cannabis Management] are working together,” she said, regarding going after the illegal shops. “If it was up to me, every time a shop opens, the city would crack down on illicit businesses in the area. These regulated businesses should not have to compete with these illegal places — it undermines the entire market.”