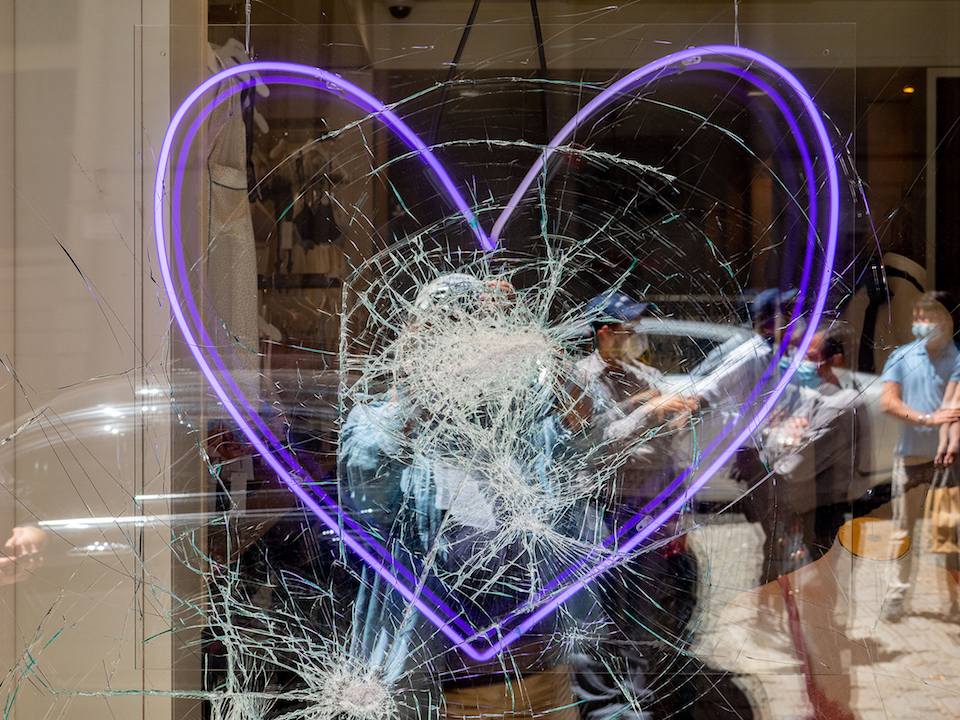 BY THE VILLAGE SUN | Earlier this week, local politicians toured the devastation in Soho after three days of looting that left it, according to area residents, resembling a “war zone.”

The world-famous artists-enclave-turned-shopping-district was hit by organized looters who, using crowbars and hammers, plundered the neighborhood for three straight nights.

Nadler contacted the Mayor’s Office with three demands: that a significant police presence is needed in areas that have been repeatedly looted; that police need to intervene on property crimes since looters were trying to break into the ground floors of residential buildings, posing a threat to residents; and that vehicles be restricted from entering these areas.

State Senator Brad Hoylman contacted the Soho Alliance and also planned to do a walk-through of the neighborhood. Assemblymember Deborah Glick wrote a strong letter demanding action from City Hall.

According to Sean Sweeney, the director of the Soho Alliance, the Alliance contacted the First Precinct on Monday afternoon requesting that police cordon off the neighborhood.

“We were told that because Soho stores were mostly cleaned out after the Saturday and Sunday rampages, more police would be deployed to Midtown where N.Y.P.D. intel reported the looting would be focused,” Sweeney said. “That proved accurate, as Macy’s and other retailers were attacked.  Unfortunately, there were still some violent incidents reported here on Monday night.”

Sweeney said Nadler, in particular, was helpful in getting the city to start banning car traffic south of 96th St. as of Tuesday night. Looters had been using cars to flee with their goods.

Sweeney also noted that Borough President Brewer reported that, since looters had been using CitiBikes for their scouts and lookouts, as of Monday the city started shutting down the bike-share program during the curfew.

Yet, at the same time, the Soho activist said that residents had also reported seeing some of the looters using luxury cars, including two Audis and a Jaguar.

The push for protection has worked. As of Tuesday night at 8:30 p.m., a half hour after the start of the curfew’s second night, Sweeney reported there were 10 police patrol cars, plus cops in riot gear, on Greene St. north of Prince St., “apparently prepared to handle any troublemakers.” Other officers likely were being deployed in other areas of the neighborhood, he said.

As of early Friday afternoon, Sweeney reported that things definitely had quieted down, “although there are still reports of suspicious-looking guys or groups of guys on bikes, sort of meandering, not like your typical cyclist going somewhere.”