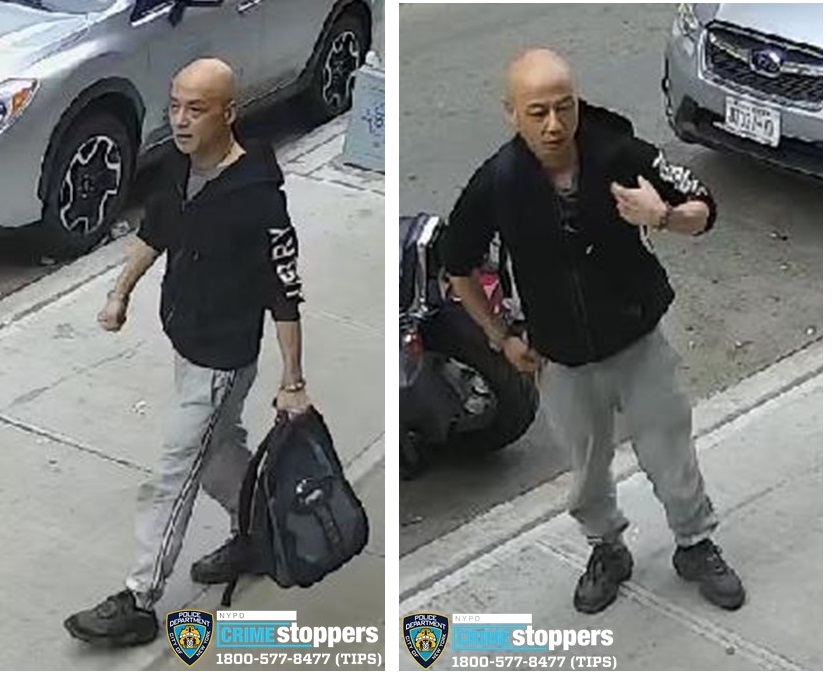 Police say they are seeking this man in connection with a slaying in Chinatown on April 4. (Courtesy N.Y.P.D.)

BY THE VILLAGE SUN | Police have publicly identified a suspect in the fatal stabbing of a man in Chinatown on Monday.

Cops are asking for the public’s help in tracking down Shen Bin Weng, 55, who is wanted in connection with the homicide at a social club at 125 Division St. The New York Post called the spot a “gambling den.”

The victim Qi Rui Weng (no relation), 58, of Queens was stabbed in the torso sometime before 4:30 p.m. on April 4 and pronounced dead at Bellevue Hospital.

Police released photos and video of the suspect. The photos show him nearby before the stabbing occurred.

Police did not release an address for the suspect.