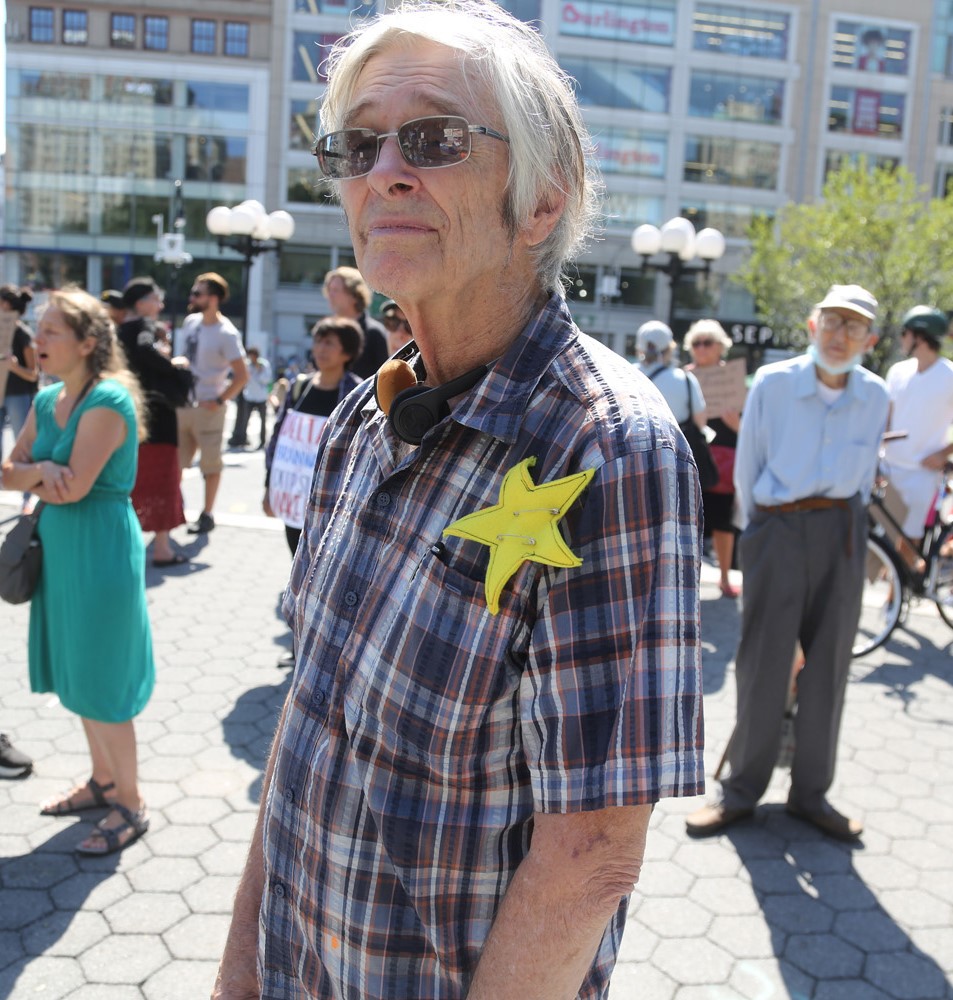 A man wore a five-pointed yellow star, a riff on the yellow badge that Jews were forced to wear in Nazi-occupied Europe, at an anti-COVID-vaccine rally in Union Square on Labor Day, Sept. 6. Yellow Jewish stars, which the Nazis used for segregation and for identification for deportation to concentration camps, have been co-opted to represent opposition to vaccines. (Photo by © Jefferson Siegel)

In Episode 92 of the CounterVortex podcast, Bill Weinberg takes note of what he decries as “the increasingly extremist anti-vax ‘protesters,'” who don the yellow star and explicitly compare themselves to Holocaust victims as they escalate to physical attacks on COVID-testing stations in New York City.

In Europe, some have dressed up in Nazi uniforms to mock vaccine mandates, Weinberg notes in the 17-minute segment.

“They bait others as brainwashed ‘sheeple’ as they themselves echo propaganda from Fox News, and defiantly threaten public health — especially that of the elderly, ailing and immune-compromised who are most at risk from the virus,” the podcaster points out.

“Meanwhile, African leaders protest ‘vaccine apartheid,’ and countless hundreds of thousands across across the Global South struggle to get vaccinated,” Weinberg emphasizes.

“The politics of the anti-vaxxers is actually redolent of Hitler’s ‘euthanasia’ program, in which ‘useless eaters’ (the disabled) were exterminated — the first step toward the Final Solution,” the Lower East Side journo charges. “Their juvenile Nazi-baiting is another example of the propaganda device of fascist pseudo-anti-fascism.”