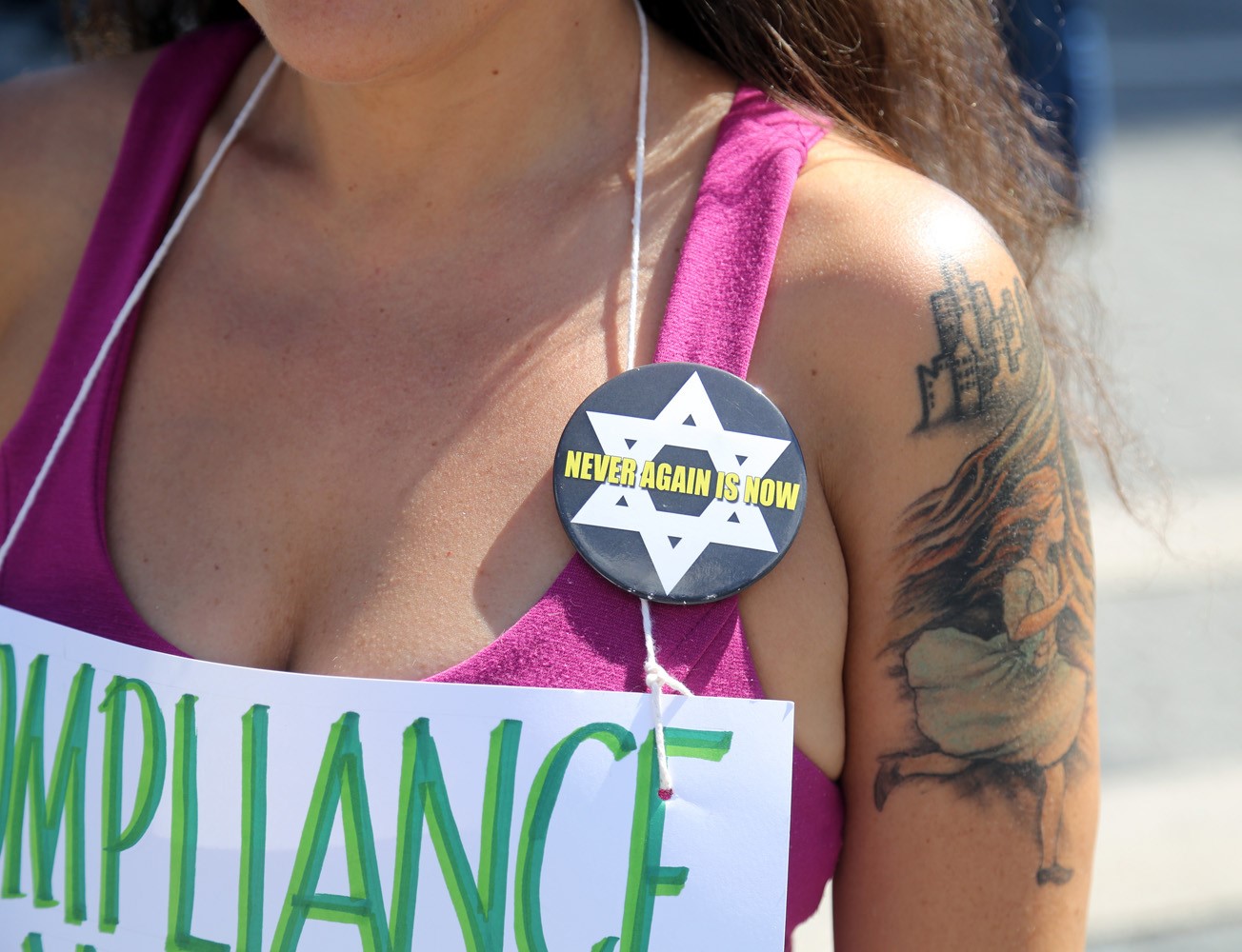 While Labor Day is meant to honor workers, or at least enjoy a long weekend, activists worked up over the COVID vaccine used it to rally at Union Square.

Some had the chutzpah to wear Jewish stars or yellow five-pointed stars — a variation of what Jews were made to wear under the Nazis leading up to the Holocaust — to express their feeling of being persecuted and discriminated against by vaccine mandates.

The Jewish community has decried the co-opting of the infamous symbol and the claiming of any sort of equivalency.

The “Pfizer defiers” vehemently oppose being called “anti-vaxxers,” claiming the term is derogatory rather than an accurate definition of their position. They instead prefer “vaccine risk aware,” for example.

Others, meanwhile, call them things like “pro-disease,” “pro-epidemic” and “plague spreaders.”