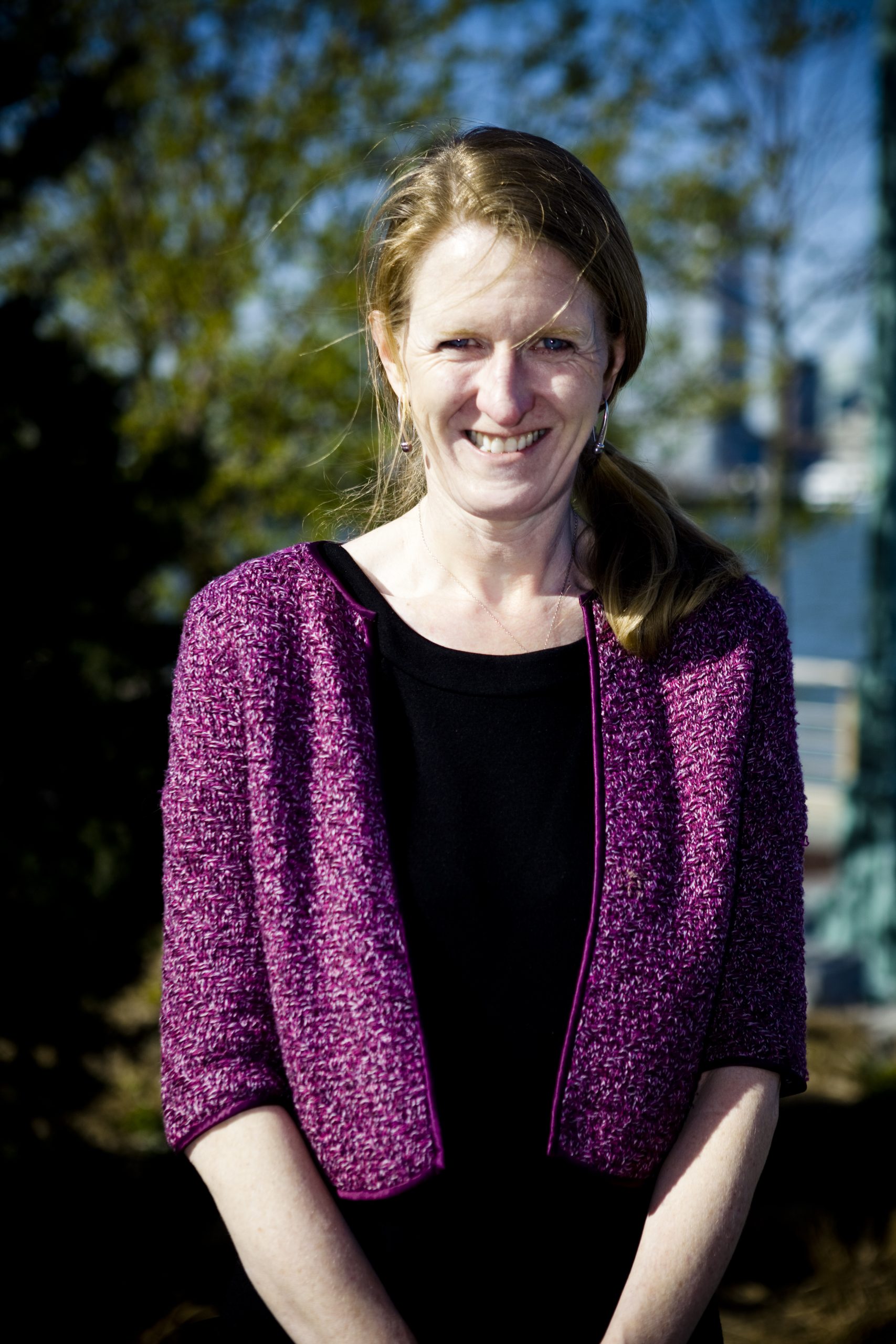 She knows the Hudson River Park like the back of her hand, and now her hand will be the one leading the waterfront park to completion.

Noreen Doyle, the longtime No. 2 staffer at the Hudson River Park Trust, has been tapped to be the state-city park authority’s president and C.E.O.

The Trust’s board of directors last Thursday unanimously voted to approve Doyle’s internal promotion as the 4.5-mile-long waterfront park enters its final stages of development.

After leading the Trust for nearly 10 years, Madelyn Wils stepped down in February.

Doyle, who served as acting president after Wils’s departure, has helped spearhead many of the park’s significant achievements since its founding in 1998, including the openings of Tribeca’s Pier 26 in September and Little Island, off of W. 14th St., last month.

Doyle was the Trust’s executive vice president from 2004 to 2021, and worked for the Trust and its predecessor organization, the Hudson River Park Conservancy, in several capacities in the years prior, including as vice president for environmental planning and communications.

“Noreen Doyle has dedicated over two decades of service to the Hudson River Park Trust. With her deep knowledge of and love for the park, Noreen will lead the Trust with exceptional vision and talent,” said Deputy Mayor Vicki Been, chairperson of the Trust’s board of directors.

“Noreen Doyle is the perfect person to lead the Hudson River Park Trust at this critical moment in the park’s history,” said Basil Seggos, the state Department of Environmental Conservation commissioner and Trust vice chairperson. “For more than two decades, Noreen has been a champion for the park and a driving force behind its transformation into a destination befitting the greatest city in the world. Noreen is respected by corporate and community stakeholders alike and her expertise in planning and development is surpassed only by her passion for the park.”

Doyle pledged her commitment to get the park finished.

“Parks are defined not just by their landscapes but by the people who use them, and this past year has shown how essential they are for the health and happiness of our cities,” she said. “Hudson River Park is a success because for more than two decades, the state and city, previous Trust leadership, businesses and environmental advocates, and community advocates and elected officials have contributed their resources, talent and passion to creating a park that offers something for everyone. In that spirit of collaboration, I look forward to continuing our work toward finishing the park, improving the health of our Hudson River Sanctuary, and ensuring that the park is a welcoming place for all.”

Manhattan Borough President Gale Brewer, who has three appointments on the Trust’s board, hailed Doyle’s promotion.

“Noreen Doyle has been a cornerstone for the transformation of Hudson River Park into the amazing destination that millions of people enjoy each year,” Brewer said. “I know that with Noreen’s appointment as president/C.E.O. of the Hudson River Park Trust, she will lead the park to greater heights than it has ever known, to be enjoyed now and for generations to come.”

Members of the three community boards that include the park, Boards 1, 2 and 3, praised Doyle’s pick as Trust president.

“Community Board 1 is defined by its waterways and Hudson River Park is crucial to our residents, students, workers and visitors as a green transportation corridor, a top-tier recreation destination, and a protective buffer,” said Tammy Meltzer, C.B. 1 chairperson. “We have worked with Noreen for years and are thrilled to see her dedication and hard work elevate her to this role and we look forward to hearing more about her vision for the future of Hudson River Park and working together.”

“On behalf of Community Board 2, I am thrilled that the Trust has appointed Noreen, who has represented the park for decades, attended hundreds of C.B. 2 meetings and is sympathetic to the crucial role the park plays in our community’s quality of life,” said Board 2 Chairperson Jeannine Kiely. “Noreen’s encyclopedic knowledge of the Hudson River Park Act and the history of how the park has evolved over the years is irreplaceable and her appointment is assuring to C.B. 2 that our voice will be considered in park decision making for years to come.”

“Few people know Hudson River Park like Noreen, and she’s been a tireless partner of Community Board 4 for years,” said Lowell Kern, C.B. 4 chairperson. “Noreen is an amazing partner and is always available to address the needs and concerns of our community.”

“Hudson River Park is a great success, and Noreen Doyle can take a lot of credit for that,” said Jeffrey LeFrancois, the advisory council’s chairperson. “Noreen will make an outstanding president and C.E.O. She knows the park inside and out and has worked closely with the neighboring communities in the planning of the park and to keep them informed. This is an exciting time on the West Side and the Hudson River Park Advisory Council is delighted to continue its strong working relationship with Noreen and to help fulfill the vision for the park’s next chapter.”

“I can’t think of a better person to take the reins at the Hudson River Park Trust than Noreen Doyle,” said Connie Fishman, the Friends’ executive director, who herself was formerly the Trust’s president and C.E.O. “There’s no one more knowledgeable about this wonderful but complex New York City treasure, and certainly no one more dedicated to continuing the amazing work that’s taken place already. Friends is excited to work with Noreen on making our partnership even stronger.”

Despite the major challenges of the coronavirus pandemic, the Trust opened Pier 26, an ecologically inspired pier, this past September, and the public-park pier and performance space Little Island in May, and also saw the May debut of the Whitney Museum of American Art’s “Day’s End” by David Hammons, one of the country’s largest public-art projects, on the southern edge of Gansevoort Peninsula.

In the park’s Chelsea segment, work is ongoing at Pier 57, a mixed-use development by RXR Realty/Youngwoo, which will be anchored by Google offices and include more than 3 acres of public open space, featuring a rooftop park and perimeter esplanade, all expected to open next year.

Meanwhile, the Trust’s board of directors has just approved contracts allowing two large new public park projects to begin: Gansevoort Peninsula, which will provide public waterfront access with a resilient beachfront and the largest single green space in Hudson River Park; and Pier 97, at W. 57th St., which will include a sun lawn, playground, sunset plaza and multipurpose field, plus an esplanade connection to Riverside Park South. The Trust also has just issued an R.F.P. (request for proposals) for a reconstruction of Chelsea Waterside Park.