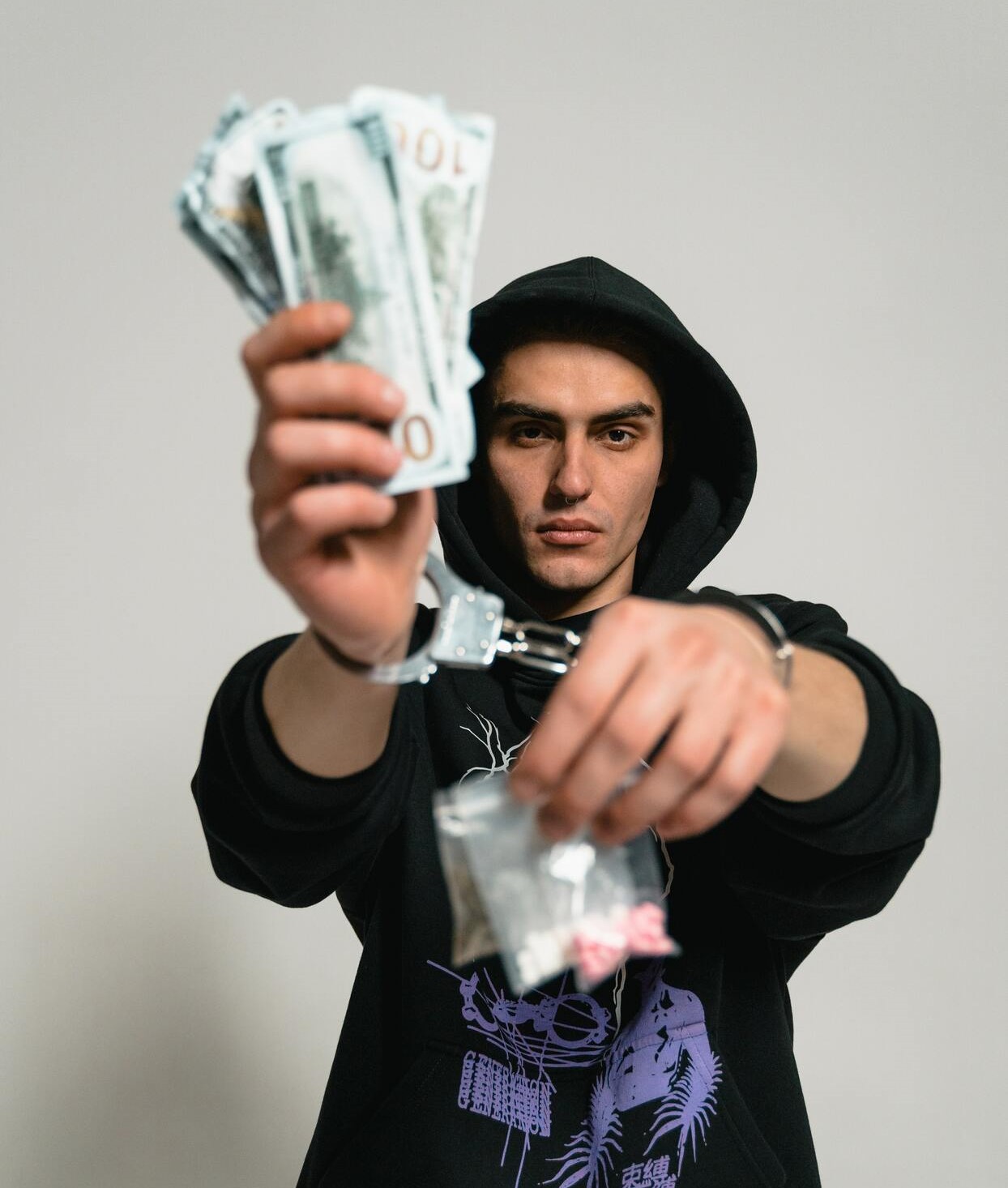 It's time to break the cycle of addiction to incarceration, the writer says. (Photo by Mart Production / Pexels)

BY STEPHEN DiLAURO | Right now, the private prison industry, along with their government enablers, are planning and building prisons that are meant someday to incarcerate human beings who are currently in third grade. That’s not optimism but it is true. The United States has 4.25 percent of the world’s population. Yet, it has more than 20 percent of the planet’s prison population.

Since the 1970s the United States prison population has increased by 500 percent. This epidemic of locking people up to benefit private companies and their wealthy stockholders is driven by drug laws. These laws ensure that crime will increase.

Today and tonight, individuals will be mugged and homes will be burglarized to support drug addiction. Other people will find their relatives and friends dead on the toilet, of an overdose.

When the Sackler family started an epidemic of opioid addiction to enrich themselves, they got a financial slap on the wrist. When someone commits a crime due to addiction, as a result of the Sackler family’s disgusting greed, and gets caught, that person goes to jail.

According to the National Institute of Health, more than 85 percent of prison inmates have active addictions to illegal drugs when they are incarcerated. Our current president helped amplify this crisis with the 1994 Omnibus Crime Bill. One thing both Republicans and Democrats agree on is that prisons are good business.

Pretty much everyone in the country has been touched by this. They have either been victimized or they have a family member afflicted with addiction. The Prison Industrial Government Syndicate — do the initials — is quite happy to see this dreadful situation continue. Rich stock investors are happy to see it continue. The bankers who launder the drug money and get token fines if they get caught — those vampires are happy about it, too. Drug Enforcement Administration agents driving around in confiscated Lambos with pockets stuffed with looted cash are satisfied, as well.

Attitudes and drug laws must change. I advocate for total legalization of all drugs under strict supervision in designated spaces. Anyone caught with hard drugs outside of those spaces, and anyone caught operating any motor vehicle under the influence — including unlicensed e-bikes and motor scooters — should be locked up for a substantial minimum sentence.

Right now, our streets and parks are a mess. Everyone talks about homelessness as the root of that problem. But homelessness is caused by greed and drug use. Centralizing and supervising the use of legalized hard drugs will at least clean up the streets and greenways.

People have been self-medicating at least since the time of the Egyptian pharaohs. Experts say that 1 percent to 3 percent of the population has always done this. Greed has likewise been around at least as long. These things are not going away. But the one doesn’t have to feed the other, as is now the case.

The pander-and-plunder politicians must stop claiming the moral high ground by saying drugs are evil. Elected representatives must stop making the situation worse by enacting laws against proven herbal treatments like ibogaine. The current equation of drugs equal crimes equal profits for the plutocrats is destroying our society.

Imagine repurposing abandoned commercial space to serve as drug centers. People go there and get as high as they want, without overdosing. Seating will be available so they can nod to their hearts content if opioids are their curse of choice. Speed freaks and coke- and crackheads will be in a different section, so they can blabber away at each other without bothering the junkies.

Then, let’s take those third graders on field trips to observe the drooling and yammering away that results from hard drug use. Take away the fancy sneakers and fast cars the current drug dealers flaunt to bring youth into their fold. That’s a lot better than planning to lock up human beings while they’re still in grammar school.

DiLauro is a playwright and critic. His family-friendly “River Tales” storytelling and music for public radio in the 1990s is now streaming everywhere.

The Village Sun is among a half-dozen New York City community newspapers partnering with WNYC Public Radio on an essays project asking readers what issue or issues are most important to them in the upcoming congressional midterm elections. For more information and submission guidelines, click here.