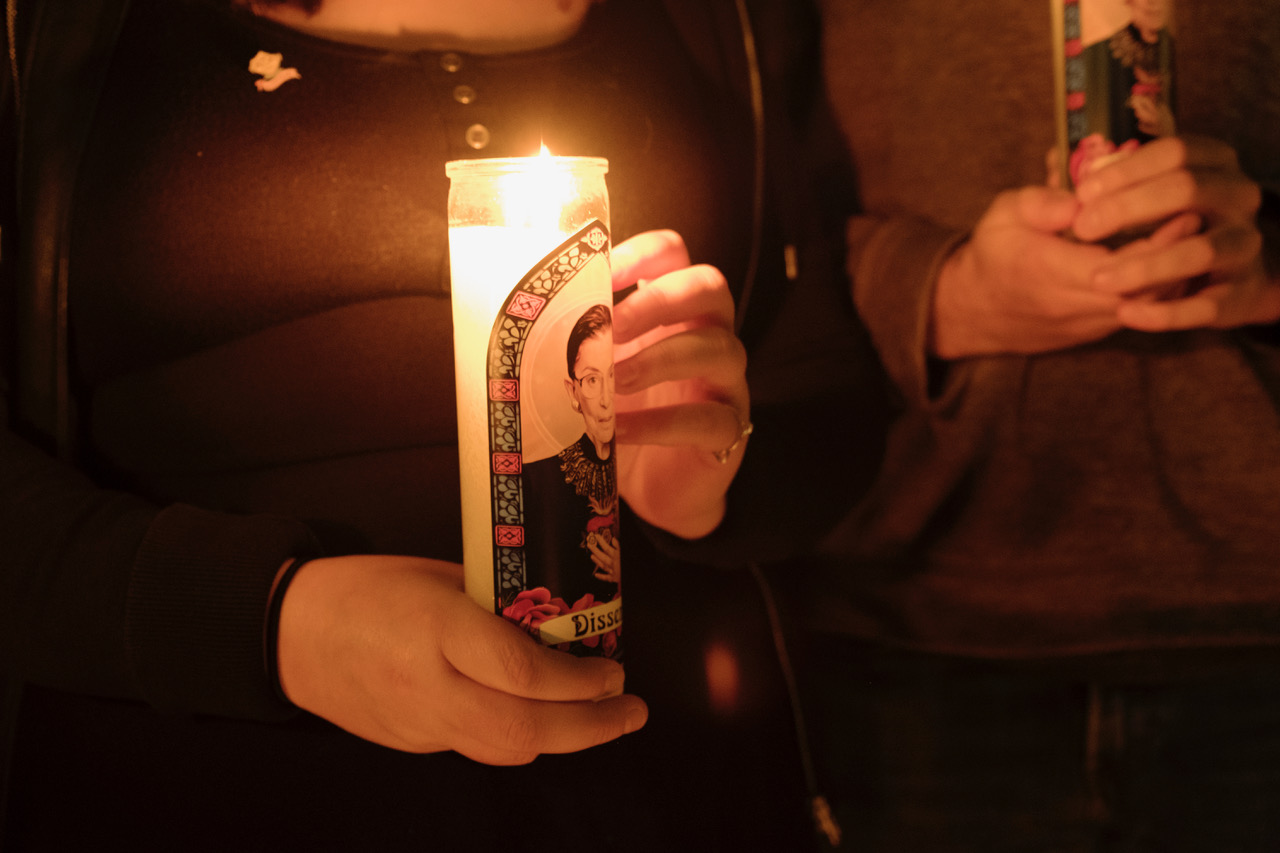 At a vigil outside State Supreme Court on Saturday evening, a mourner held a Ruth Bader Ginsburg "Dissent" votive candle in memory of the late justice. (Photo by Q. Sakamaki)

Mourning the loss of a legal legend, keeping her light alive

Mourners descended on the State Supreme Court courthouse on Centre St. on Saturday night to pay respects to Ruth Bader Ginsburg — and feel solidarity in the coming battle for the Supreme Court and the White House.

Late in her court tenure, Ginsburg became a social media icon, the Notorious RBG, a name coined by a law student who admired the jurist’s dissent in a case that weakened a key civil rights law.

Like the Notorious B.I.G., Ginsburg was a native of Brooklyn. Governor Cuomo announced there will be a statue dedicated to her there.