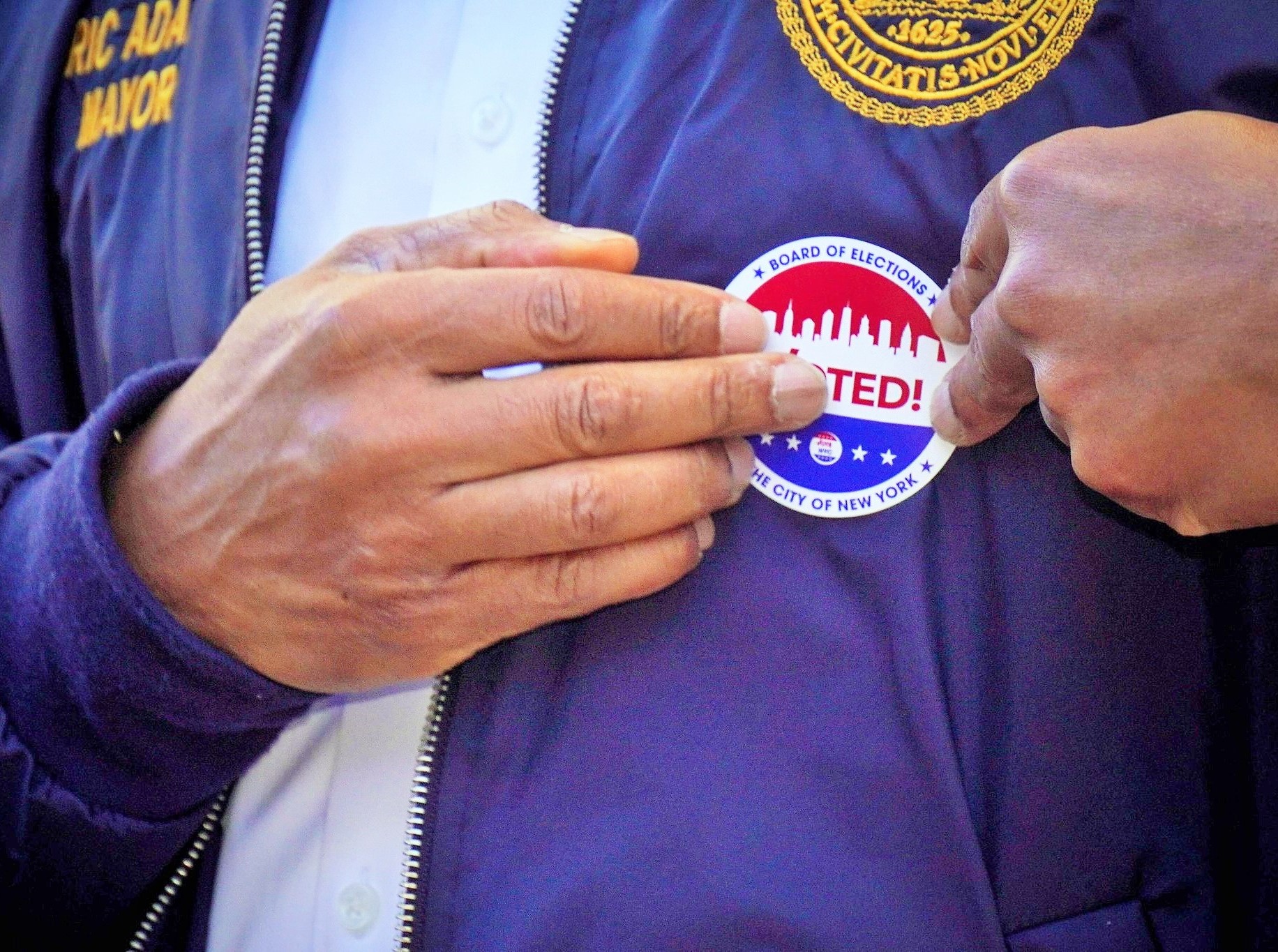 BY ERIC ADAMS | Election Day is over. And though Americans did not speak with one voice, working-class voters sent a clear message: They are deeply concerned about the economy, crime and inflation. They are also increasingly looking for leadership that acknowledges their concerns and defends their interests, regardless of party.

Because for America’s working-class voters, elections aren’t about their identity — they are about their survival.

A majority of Americans are in a precarious economic position, many just one illness or job loss away from financial ruin. They will vote for candidates who acknowledge those problems, even if the solutions on offer are less than effective.

So, despite an overall better-than-expected showing for Democrats on Nov. 8, working people continued the long trend of voting more often for Republican candidates. We cannot ignore the continued erosion of their support while we celebrate avoiding electoral disaster.

Democrats’ support — and base — is wavering

Many of these voters are from previously reliable voting blocs for Democrats, including Blacks, Latinos and Asians. Those groups seem to be increasingly unenthusiastic about Democrats, and many voters have already switched teams.

Exit polling by the Associated Press showed that people of color seemed to have voted at lower rates for Democrats on Nov. 8, the latest dip in a trend of decline. Just 6 in 10 Hispanic and Asian Americans voted Democrat, down from 7 in 10 and 8 in 10, respectively, just four years ago, according to the data.

As the working-class Black mayor of New York City, I hear it over and over again: “My street is not safe.” “I can’t find work.” “I lost my job, my apartment, my healthcare.” “What are you going to do about it?”

And I can do more than listen — I can empathize. I am the son of a single mother, who grew up not knowing if I would come home to food on the table or an eviction notice on the door.

Last Tuesday, Republicans from those communities in Queens and Brooklyn — traditionally deep blue areas — made very strong showings, capturing seats that are traditionally held by Democrats.

One thing I learned during my campaign for mayor last year, though, was that just addressing basic concerns is not enough. Public officials need to be able to say what they will do today for those who are struggling and not just make promises for tomorrow.

Republicans do this well. The Republican Party asks the right questions even as they supply the wrong answers.

Democrats have the right answers, but the wrong attitude.

New York is the safest big city in America, but this statistic means nothing to a mother mourning a child lost to gun violence. We might have nearly two jobs available for every American who is unemployed, but that doesn’t help the person laid off from the only job they’ve ever had.

That’s why my administration adopted the mantra of “Get Stuff Done,” and my team has embraced it. When working people say they want safer streets, we put more officers on them. When they say they want more housing, we move heaven and earth to start building. We’ve immediately helped working families by expanding the earned income tax credit and creating a massive new childcare initiative.

Voting is an act of emotional trust, not straightforward logic. It’s about acknowledging peoples’ needs, their emotions, their reality — and doing something about it.

Democrats have to put working people and their communities first, which includes three critical actions we seem to have forgotten how to do: listening, responding and organizing.

The Democratic Party has the right policies, but it must focus its messaging on immediacy, not grand plans. We must put “right now” solutions — such as investments in income tax credits, childcare, housing, healthcare and public safety — front and center and keep them there.

If we fail to hear what working people are saying, to empathize with their concerns and take action on their behalf, we will lose that bond of social trust that holds small towns, big cities and multicultural democracies together.

Republicans will also continue to press their advantage in congressional maps, controlling more seats with fewer votes than we can as we become the party of only upper middle-class urban and suburban residents, relegating us to long-term irrelevance.

My fellow Democrats: This is our mission going forward. We’re not here to tell people how to feel. We are here to show people they are being heard. The people — working people — are our North Star. Their priorities must be our priorities. Their values must be respected. Their voices must be heard.

And following their lead is not just our responsibility; it is our future.

Adams is the mayor of New York City.