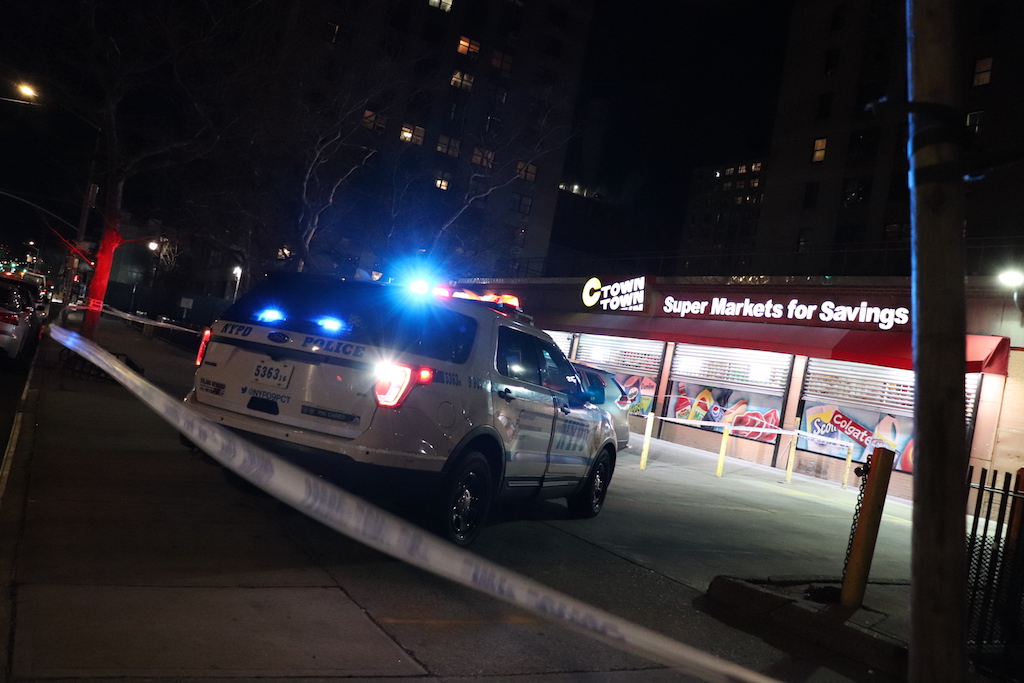 BY THE VILLAGE SUN | A shooting on Avenue C left one man wounded Thursday afternoon.

According to a police spokesperson, just before 3:30 p.m., two men were engaged in a dispute when one of them, age 32, blasted the other guy in the torso.

The victim was removed to Bellevue Hospital where he was reported “not likely to die.”

The shooter fled the scene.

Police did not release a description of the gunman or any further details about either him or the victim. Police did not provide a reason for the dispute.

“The investigation is ongoing,” the spokesperson said.

Cops blocked off Avenue C between 10th and 13th Sts. and it was still that way as of 9:30 p.m., according to Chris Ryan, a local resident who took photos of the street.

The spokesperson said the avenue was still closed down due to the crime-scene investigation, including “canvassing for ballistics and video evidence.”