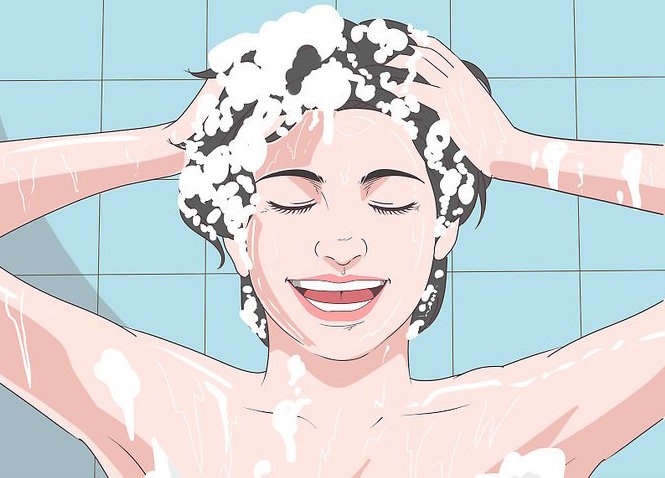 Making do with less, thankful for what we have

BY MICHELE HERMAN | I’ve had three showers since September.

It’s a long story involving a small leak that forced us to open up the wall behind our tub. That led to a total renovation of our 40-year-old bathroom in part to get rid of the pesky step down into it that we feared an elderly person — i.e. one of us in the not too distant future — would trip over. That led to toilet hook-up complications, inspections and a steep learning curve about how plumbing actually works. And that led to a toilet and an alarming number of shower body parts lying in wait next to my husband’s desk since February.

And then it was early March, when the wacko plumbing quotes finally came in. We tried to find one who might charge us less than five figures for one day of behind-the-wall work and another half-day of finishing work — though I now understand that every renovation quote has to include a cushion for unforeseen complications.

And then it was the middle of March and we all began to understand that this new virus with the spikes was going to upend everything. Our solo contractor — who doesn’t speak the best English but who does good, careful work — heroically finished up all the pre-plumbing tile work he could. Then he said goodbye and got on the bus back to his home in the Catskills. We canceled the plumber we had finally scheduled.

But this isn’t a New York Times Real Estate section renovation sob story. Do not weep for us. We are fine. We are more than fine. We still have health and work. We still have a small half-bath. Since September, my husband and I have washed our hair in the kitchen sink. Each morning we take turns sponge-bathing in the little sink. The metal rod in the back of that sink broke off in my hand a few weeks ago and we can no longer close the drain, but we are fine.

Back in late February at the tail end of the old world order, we had an experience that was one of the highlights of our lives: We planned and co-hosted the monthly “Groovin’” cabaret show. Many happy moments stand out. One phrase haunts me. It’s from the number we saved for the end because we love the song and the clarity and emotion our talented friend Mary Sue Daniels puts into it. The song is Paul Simon’s “American Tune” and the phrase is “We’ve lived so well so long.”

Yes, we have, some of us. This is a story about people who were born into a time and milieu of outrageous, often unquestioned luxury. My husband and I are both frugal, and yet we still live so very well compared to most people on this earth.

Every day there’s a new batch of jokey articles and videos about sweatpants and dark roots and too much wine. I don’t know how to reconcile these two notions of what constitutes hardship.

I was born into postwar prosperity. When I was young, I took this as a birthright. I remember grousing because the central AC didn’t cool my upstairs bedroom as well as it cooled the downstairs. I could so easily have grown into a bit of a princess.

But I came to understand that the conditions I was born into were a random stroke of good timing. My parents were born poor and grew up in the Great Depression. If I go back to the previous two generations, the Eastern Europeans, I find nothing but cataclysm, upheaval and making do.

My parents grabbed their chance to turn the family’s fortunes around. That is thanks in part to the G.I. Bill that allowed my father to get a college degree. That in turn allowed him to become a doctor. My newlywed parents spent most of the 1950s in Bern, Switzerland, where my father attended med school because it was cheaper than med school in the U.S.

I still have the black-and-white photos they took of their apartment in a brand-new subdivision of Bern. There’s my mother proudly posed by the miniature stove and fridge in the kitchenette. These photos puzzled me as a child: Why were they showing off these meager, barren rooms?

My parents felt rich in Switzerland, living on omelets and tuna and Ovomaltine. They carried their groceries home in a reusable string bag called a netzli. My mother wasn’t eligible for a work permit, but she made a little cash sewing on her Singer featherweight for the other “boys” and their wives.

On a good year they could afford the long, queasy passage home on the SS Liberté to visit their parents on Staten Island, though they couldn’t get back in time to say goodbye to my mother’s mother before she died of leukemia. They explored Europe on a single motor scooter. They took the train to Communist East Germany to see true hardship.

And every Saturday evening they got their hot bath, right after the landlady had hers. That was the part that really got me as a kid. It seemed inconceivable to bathe once a week.

Now, as I shampoo my hair once every five days in the kitchen sink, a memory bubbles up of my mother doing the same thing in our spacious suburban home. I don’t remember thinking to ask her why. I also remember my general practitioner father agonizing each time he raised his office visit fee by a couple of dollars; many of his patients were recent Greek Orthodox immigrants with few resources. When he retired in 1980 I think he was charging $22.

My parents’ stories about Switzerland lodged somewhere deep in me. Now, as I watch the populace learning to make do with less — some more gracefully than others — I can’t help think about the tiny European country that burned what little trash it produced to create power. My parents painted a picture of Switzerland as a Calvinist paradise, made by and for frugal, modest neatniks. I have a few émigré friends from Switzerland, all artistic types, and through their eyes, I see it more as a homogenous country with strong conformist tendencies. Whatever it is or isn’t, I realize that it has informed many of my habits and choices.

I’m perfectly clean after five minutes with a washcloth and a little soap. I use hardly any water, and it isn’t always hot early in the morning. I will no doubt change my tune when the humidity settles in and we have masks clamped to our sweaty faces and surgical gloves stuck to our sweaty hands, but I’ll get by. I have so much more than many: a home, my husband, my health, kids already grown and out of the house, and running water.

Occasionally, my husband and I open the bathroom door onto our frozen construction site to admire our new tiles. I feel something akin to what my forebears might have felt when indoor plumbing became the rage: Imagine that — a whole room dedicated to the cleaning and care of our bodies. Seems a little profligate.

I don’t think I will go back to a daily shower.

I wish for large-scale good to emerge from this tragedy, and maybe that’s just another luxury I can afford. We lived so well so long, but we did it and are still doing it on the backs of others. We did it by consuming more than we needed to consume. We did it because those around us did it. We did it because it’s pleasant to be comfortable.