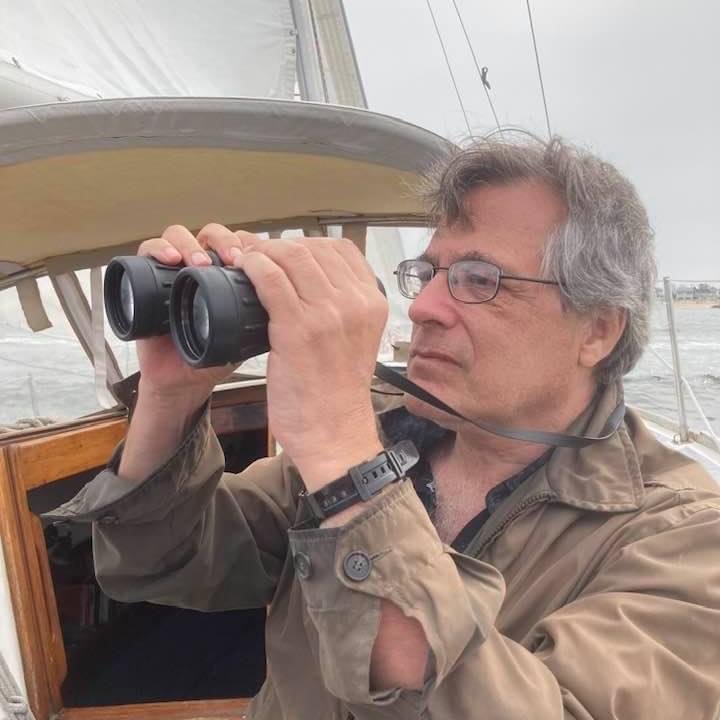 Paul DeRienzo has been seeking out the real stories behind the news for decades. (Photo by Sharon Woolums)

BY MARNI HALASA | I have been a devoted listener of WBAI for decades. Whether I am listening to Michael G. Haskins explain how land-use policy is inevitably traced to close relationships between our elected officials and developers, Gary Null discuss the importance of a healthy gut biome or Jillian Jonas expose why small businesses never get the relief they deserve, I have always realized that WBAI provides a necessary and indispensable public service that challenges the mainstream ideas, and we are so fortunate to have a space where we can go to get the truth.

This is why listeners are still so visibly upset at the firing of Paul DeRienzo, the veteran reporter who hosted the popular and uniquely informative “Evening News” program at 6 p.m. As an activist for the past 40 years, Paul’s knowledge of our city’s history, his understanding of how political institutions work and his impeccable sourcing were the reasons why his stories were so compelling. He could make complex subjects easy to understand and tell a story from a balanced, empathetic point of view, which kept listeners engaged and coming back.

These qualities are gifts as a journalist, but one that WBAI managers Berthold Reimers and Linda Perry-Barr do not appreciate. During last month’s “Talk Back,” a show devoted to listener feedback, multiple callers kept asking, “Why did you fire Paul? Is this for personal reasons?” and saying, “Please put Paul back on the air” and “Why have a show for listener feedback, if clearly you don’t want to implement what listeners think?”

But listener discontent doesn’t seem to matter to management. After Paul was notified via e-mail by manager Reimers that he was fired due to “personal reasons,” he appealed the decision to the two boards at WBAI — the listener board and the management board. The listener board voted to reinstate him, but the management board did not. But instead of having an additional layer of due process to handle this tiebreaker, (perhaps mediation or an additional vote), Reimers reportedly unilaterally made the decision to cut Paul’s show.

It did not matter that listeners had been calling in for months asking what happened to the “Evening News,” and why was it replaced with “Democracy Now” (heard at 8 a.m. weekdays on the station and also accessible through archives). And is the listener board truly a sham board, whose voice and votes don’t matter? If this is the case, then WBAI needs to come clean with its listeners, rework its mission statement and be transparent about their processes and procedure. For a radio station based on progressive ideals, such decision-making is not what democracy looks like.

One of the reasons why I listened to Paul’s show is that I could count on an honest perspective of local news. It was Paul who early on, paid attention to the privatization of public housing, when Mayor de Blasio put thousands of deeply affordable Section 9 apartments into RAD (Rental Assistance Demonstration), which will increase rents and evict low-income people of color.

Paul also covered how our city’s nonprofits, like Community Services Society and Legal Aid Society, supported de Blasio’s RAD plan, even though public housing tenants were and still are fiercely against such developer land grabs, and also, most recently, the Public Housing Preservation Trust, spearheaded by state Senator Julia Salazar who is known to be a flip-flopper on New York City Housing Authority issues.

Paul also covered why the Small Business Jobs Survival Act —affordable lease renewals for small businesses — never got a fair shake, even in desperate times, because of real estate’s grip on local politicians like former Council Speaker Corey Johnson. But it was also Paul who brought to listeners’ attention the very real fascist threat of Donald Trump, when mainstream media at the time found it distasteful to use the “F” word.

Our city needs reporters like Paul who tell is like it is. But we also need our city’s progressive radio station WBAI to appreciate the public service that Paul brings, especially when its listener base is clamoring for his comeback. It is no secret that WBAI needs more funding. Perhaps more funding would follow if listeners believed that they were being listened to — and that most likely would happen with his program’s reinstatement.

Halasa is an activist living near Hudson Yards. She was a candidate for City Council District 3 in the 2021 election.