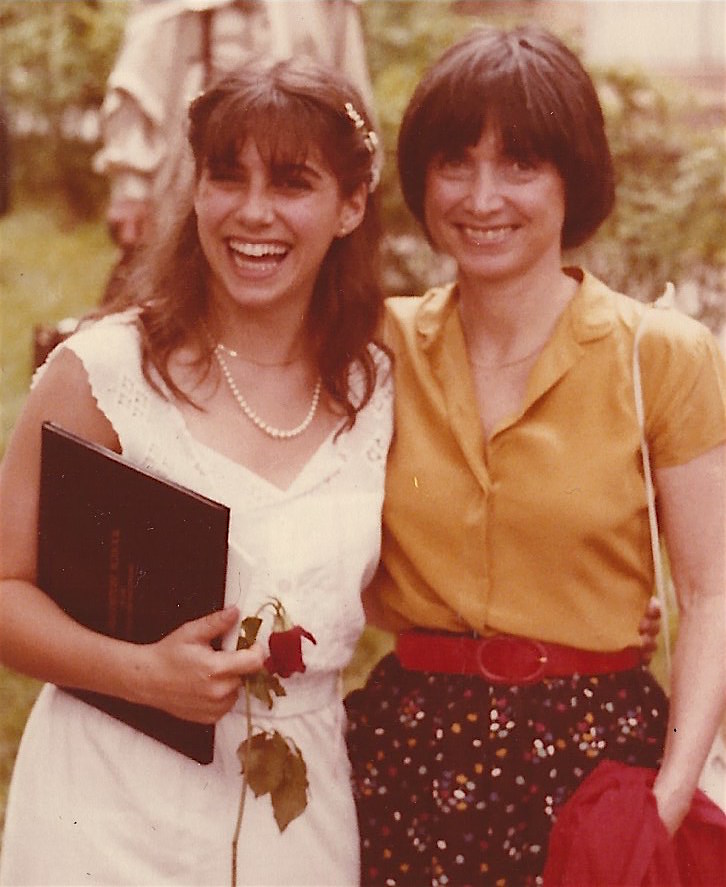 Kaddish during COVID: Finally being able to say goodbye

BY KATE NEUMAN | What is it about anniversaries? Is it that the earth is in the same place as it was relative to the sun, so that we are more or less occupying the same spot in the cosmos as we were? And the length of the day being the same, the light dimming at the same time? You were here, but differently. Something changed when you were at this position before: You were born; you got married; planes hit the Twin Towers; you stopped smoking. The sameness marks the difference between then and now.

A year ago, we were warming into February after a winter light on snow. The news of the virus hitting China seemed not particularly relevant to many of us; I still have a photo on my phone of a man waiting on the 34th Street Downtown C platform that I took in derision of his protective gear: goggles and what looked like a respirator you’d use if you were sanding sheetrock.

It happened so fast.

But I have another, slightly earlier, anniversary that vies for my attention. On February 26, four days before New York’s first case of COVID, I was lying next to my mother, holding her hand and playing music for her on my phone, as her breaths grew less and less frequent, and, finally, stopped altogether.

My mother had been suffering from Alzheimer’s disease for 12 years, and she was 94, so the death was not a surprise — it was, in many ways, a blessing; she weighed less than 70 pounds and often seemed to be in pain. But, until just a little before then, her eyes had still lit up with her spirit, and her smile had still been delighted. I’m an only child; my father died half my lifetime ago. Releasing her was hard.

Back in the city a few days later, I tried to work out a memorial as I waited for the ashes to be shipped to me. But suddenly people were leery of gathering, and perhaps some denial I was in about her actually being dead interfered with my plan-making skills. And then people were dying and the city was shutting down. And my grief seemed frivolous. At least I’d gotten to be with her; look at all these people dying alone. I was lucky that she had died when she did. I knew that. And knowing that short-circuited my mourning. Her death was subsumed for me in the larger loss that followed.

But, also, the larger loss was subsumed by the loss of her. There’s an angle from which I can look that reverses the scale. I know better, of course, but, for some part of me, the pausing of the world, and especially the closure of New York, was an acknowledgement of her death, the response, the sign.

My mother was born in New York, grew up here, worked here, and lived here until her Alzheimer’s forced her to move up to the Berkshires where her partner lived. For years, my mother had been commuting back and forth; until Alzheimer’s rendered all assumptions laughable, it was a given that she would never relinquish her city.

And, in fact, she never really did. She’d call me from the Berkshires house and tell me that she was coming back because she’d been offered a job, that she’d stay with her parents (dead for over half a century). One night, her partner woke up and her side of the bed was empty; he found her walking down the country mountain road in the dark, trying to get back to New York — which led him to relocate her to an assisted-living facility. The staff there eventually had to move her to the more secure “enhanced” unit because she kept walking out the front door to, again, head back to New York on foot. The facility was just off a busy 50-mile-hour feeder route; it’s a wonder that she wasn’t hit by a car.

On Monday, February 24, of last year, the hospice nurse called and told me I should come up. I spent Tuesday with my mother. She was lying in bed, eyes not closed but not seeing. I lay down next to her and talked to her about her life and people who loved her, and I played music from Ginger Rogers – Fred Astaire movies on my phone. Every once in a while she would raise an arm and arc it above us, as if she were dancing. Her legs would move, too, but more as if they were trying to guide her out of bed. I wondered if they wanted to lead her out of the room, the building, the state, and back to her city.

On Wednesday, her mouth was fixed half-open, like she’d been in the middle of saying something and the video had paused. I played Pete Seeger songs on my phone. I told her all the places we were going to visit in New York: Joe Allen’s and Lincoln Center, our old house on East 18th Street, MoMA, the Met. All her favorites. She didn’t move at all.

The hospice nurse told me I should leave before the people from funeral home came, so I did.

As New York began shutting down less than two weeks later in preparation for the fight to come, I became one of those who fled. At first it was only for a week, so that my son would be able to have somewhere to go now that his college was closing; the day before de Blasio declared the state of  emergency, rumors were flying that no one would be allowed into the city. But then it was for a while, intending every month to come back home. Maybe it was easier for me to stay away because she was gone. Maybe I needed to stay away because she was gone.

Of course, I was lucky, again. Lucky that I had a place to go, that I could work remotely. That I could watch NY1 every morning from the relative safety of northwestern Connecticut and have the luxury of feeling homesick and grief-stricken and ashamed of leaving my city.

But now I’m back. I walk around this most resilient of places, smiling big under my mask at the messiness of it, its grime, its life. New York survived, of course. It had no other option. When my friends who had remained here would tell me to stay away because it wasn’t the New York I knew, I never believed them: You could just as easily say that the New York of the 2000s is not the New York of my childhood or adolescence, or even my early adulthood.

But New York is a place of its own, an island, with a topography (granted shifting via development of the waterfronts), a position on the globe. The pull of the East and Hudson rivers, the schist, valleys and hills, even the sewer running beneath and the subway tunnels, fix New York as itself, always. And these always-derided layers of incarnations, the palimpsest nature of the place for anyone who has lived here for even a year, are what allow present and past to jostle for attention in the lovely, wistful, aching way that is an essential part of what it means to be a New Yorker.

The landscape of the past year has been one of incalculable loss, and we mourn as we note the return to this cosmic spot and look back over our shoulder at the last time we were here.

But an anniversary invites us to turn our thoughts ahead, too, to anticipate a happier next year, a future vantage point where we are better off than we were last year. Spring is only a month or so off, now, the vaccines are here (in a characteristic tangle), the rate is down. Do we dare to be hopeful?

Of course the losses will stay with us, but we will move into the future — which, like New York, will be different, but will still be ours.

In Jewish tradition, the anniversary of someone’s death, called the yahrzeit, is marked by lighting a candle and saying a prayer called a Kaddish. Our family was nonobservant to the point of ignorance (I just had to google to find “yahrzeit”), but, still, I’d like to mark this day for my mother, here, in her city.

So if you see a woman standing outside, say, Caffe Reggio, or by the clock in Central Park, or MoMA or the Met, with her hand in her coat pocket and her lips moving, that may be me, sprinkling some of my mother’s ashes from a hole in my pocket and, finally, saying goodbye.

Neuman’s writing has appeared in The New York Times Op-Ed and Ties sections, as well as The Iowa Review and The Independent (U.K.), among others.