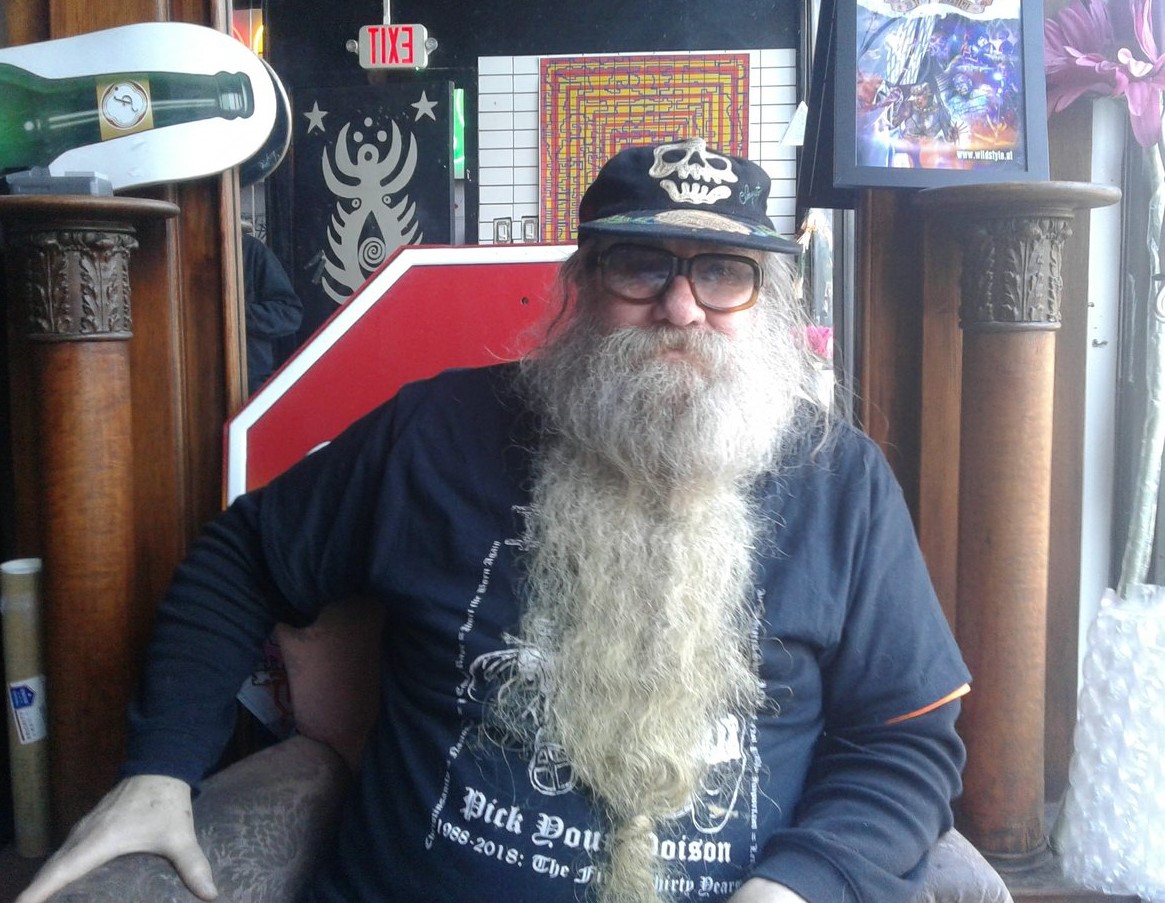 BY CLAYTON PATTERSON | People are outraged at the videos of a wild late-night street party posted in Diem Boyd’s talking point in The Village Sun, “Hell Square sinks to a new level of hell.” But for us living on the Lower East Side, we know this kind of scene all too well. It’s been going on for 20 years.

If a person takes a T-shirt and shoves it down the toilet it will likely plug the toilet. You call the plumber. The plumber will use his snake to pull out the T-shirt. After this happens three or four times, hopefully the person gets the idea the T-shirt will not flush and will plug the toilet.

But in Hell Square we have other kinds of snakes, and there is so much money to be made that nobody cares about the sewage. Instead because of greed, we have turned our area into what many people witness as the public toilet. Thanks to the people who ignored the rules and regulations and sold out our quality of life, the pipes here have burst.

I am not here to point and say corruption. I am just giving a brief look back at some of the roots of where this started. In the future, someone will study this history and make sense of it.

At this point in time, I do not blame the cops for going slow in moving people out of the area after the bars close. Who wants to deal with a herd of very drunk, very young people? Who are often resisting and at times, fighting back. Yelling, “Do you know who I am? Do you know who my father is?” Clear the mess and tomorrow it will just be back. No lesson is learned. Arrests and assaults will not solve the problem.

As the developers’ big money poured in, the first tool used to burn out the forest that made up our neighborhood was firewater: bars and liquor licenses. Bars trumped small local businesses. A bar equals high rent. To get to this point, the rules and regulations had to change.

Here are just a few memories. One of my favorite quotes was about David McWater when he was the head of Community Board 3 and chaired the board’s committee that dealt with liquor licenses. Basically, I was told to forget that he owned seven bars.

“This is democracy,” someone from Board 3 told me. “Anyone can lead these meetings. Because his whole life is invested in bars does not mean he cannot be fair.”

Then there are the ways to kill off the opposition. Take what happened to Rebecca Moore. She was almost driven to drink because of the noise and destruction caused by scenes like you saw in the videos posted in Diem’s talking point in The Village Sun. Rebecca approached the district manager of C.B. 3. Rebecca, who grew up in New York City, was doing her best to lead a community group to fight the bar problem in her area. A sensitive musician, Rebecca was brutally attacked. Called mentally ill, crazy, stupid.

Marcia Lemmon, who was stronger, a board member of the Seventh Precinct Community Council, felt we were not getting the proper police attention. She wanted to see the books of the Community Council, take a look at the money it had raised. She had a right to but was never allowed.

Don West, the head of the Community Council, used to come to my area, Ludlow St., and park illegally. Would place his police parking permit in his car window. A parking permit is hard even for cops to get and is supposed to be used only for police business. He would go into the bar, sit by the window, look out. I would call the precinct and ask why West had the right to break the law. A cop would come and West would move his car.  No ticket.

Our area started becoming so polluted with bars, Marcia Lemmon, Danny Stein, Elsa and I became a group at the Seventh Precinct Community Council meetings. We asked questions. For example, at the end of my block a nightclub opened up — even though it was across from a school and two other bars, no problem. Marcia checked in Florida where the place’s owner came from. Cocaine sales history. The Seventh Precinct captain was there to supervise the club’s opening.

Then it later turned into a topless bar with bottle-table service. There were gunfights, stabbings, assaults and so on. At the Community Council meeting, I would ask how the place could keep its license? The solution to the problem of Marcia asking to look at the Community Council’s books and our questions about crime was to hold a vote to ban us from attending. The vote ended at 8 p.m., and we had enough votes. Then a group of West’s friends showed up and we lost. Imagine? Banned from attending democratic meetings. Cheating?

Throw in things like the captain — Danny Stein would show me photos — dancing with Hasidic men, some real estate people, at special events. Never danced with the boys or girls between Houston and Delancey. Never even had coffee over here. And if celebrity A-listers, actors and rappers, show up at noisy and disruptive local events, the starstruck cops will just ask for their autographs and take selfies with them.

And on and on. So many examples. I will leave it here. To say there is a history to all of this would be correct. Probably 50 years from now, so much will come out. As for now, I am sure the cops are doing the best they can. The old guard has moved on. They have been handed a T-shirt down the toilet. Only there is no plumber to call. Meanwhile, the list of actual snakes is obvious. Some have been sent to jail. The problem really is not a deep dark secret. We, including the cops, are stuck with the toilet overflow.

How to untangle all this change and make it go back to the way it was? It will take years. Again, we know the developers made much money. But they are too poor in the head to ever think boohoo for you.

Patterson is a documentarian and owner of the Clayton Outlaw Art Gallery on Essex St.