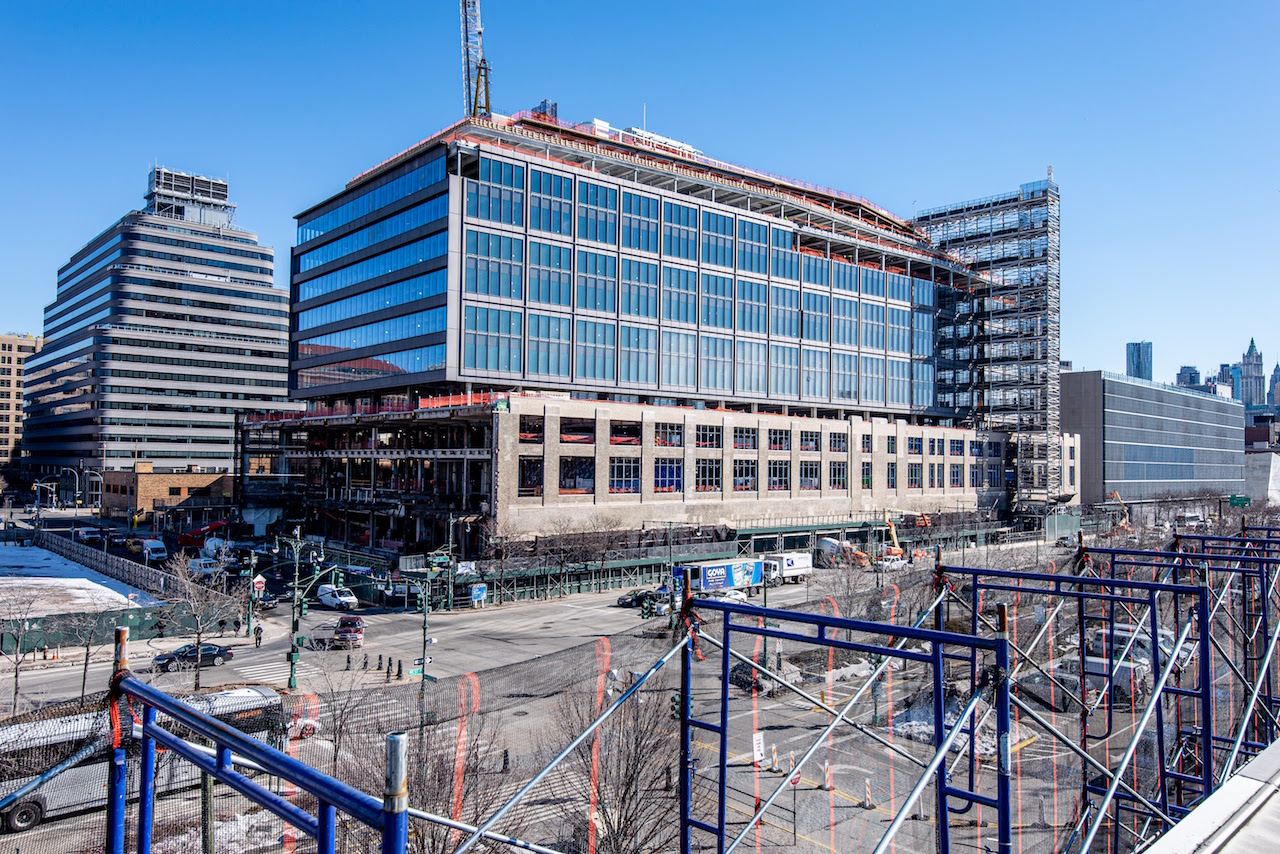 BY THE VILLAGE SUN | Google has announced that it will pour more than $250 million into New York during 2021, including for the expansion of its office footprint in Hudson Square and Chelsea.

“I believe a lasting economic recovery will come from local communities, and the people and small businesses that give them life,” said Sundar Pichai, C.E.O. of Google and its parent company, Alphabet. “Google wants to be a part of that recovery. That’s why we plan to invest over $7 billion in offices and data centers across the U.S. and create at least 10,000 new full-time Google jobs in the U.S. this year.”

Google has had a presence in New York for more than two decades, with its first foothold in Chelsea, and now boasts more than 11,000 full-time employees in the state.

The tech giant’s latest addition in Manhattan is the St. John’s Terminal building, being developed by Oxford Properties at 550 Washington St., at the western end of Houston St. The project gutted the existing historic building — a former terminal for the High Line — and has added about eight glass-sheathed floors on top, to create a self-contained Google campus. The old High Line tracks will be incorporated into the new structure.

The project “topped off” (was constructed to its full height) this past November, and is expected to be completed by mid-2022 and be occupied by 2023. The St. John’s project is part of an eventual 1.7 million square feet of total office space Google plans in Hudson Square.

However, back in 2016, under a scheme approved by the City Council under Speaker Corey Johnson, the St. John’s site was originally planned to contain not eager “Googlers” but hundreds of affordable-housing residents, including seniors. That project, which was approved by Community Board 2, was part of a rezoning, and involved the transfer of 200,000 square feet of air rights from nearby Pier 40, which were purchased by the St. John’s developer for $100 million.

In the end, though, it turned out that a largely overlooked “Plan B” had also been O.K.’d by the Council vote, which allowed the St. John’s site to be developed fully commercially, which is what the developer ultimately chose to do, much to the chagrin of C.B. 2 and others.

Meanwhile, fast-forwarding back to the present, in Chelsea, at W. 16th St., construction at Pier 57 in Hudson River Park is underway. The redeveloped pier will include an events center, public retail amenities and about 320,000 square feet of office space for Google.

“This is a massive investment in New York City by Google,” Mayor de Blasio said. “Today’s announcement shows how we are driving a recovery for all of us. Our economy is going to come back stronger and fairer than ever by creating thousands upon thousands of new tech jobs, supporting small businesses and showing the world the strength of New York City’s diverse, unparalleled workforce.”

“In just a decade, New York City more than quadrupled its tech jobs, making it one of the fastest-growing sectors in our city’s economy,” said state Senator Brad Hoylman. “As the industry grows, I’m pleased to see companies like Google commit to further investments in New York, making use of and employing our talented workforce. Google is a valued neighbor in my Senate district and I look forward to enjoying the public park space they are building in partnership with the Hudson River Park Trust.”

Assemblymember Deborah Glick added, “I appreciate the importance of Google‘s investment at this critical juncture as we seek to recover from the devastating impact of the Covid pandemic. Google has always been a valued and reliable community partner, and I look forward to continued shared activities in support of all of our neighborhoods.”

In 2020, the company provided $82.88 million in in-kind search advertising credit to New York nonprofits through the Google Ad Grants program. And as schools went remote during the pandemic, the New York City Department of Education used Google Classroom for more than 1 million students engaged in distance learning.

In addition, Google says it is continuing to build an increasingly representative workforce, in keeping with its corporate commitments to racial equity and inclusivity. Last year, Pichai signed on to the NYC CEO Jobs Council, which is a coalition of employers aiming to hire 100,000 low-income black, Hispanic and Asian New Yorkers over the next 10 years.