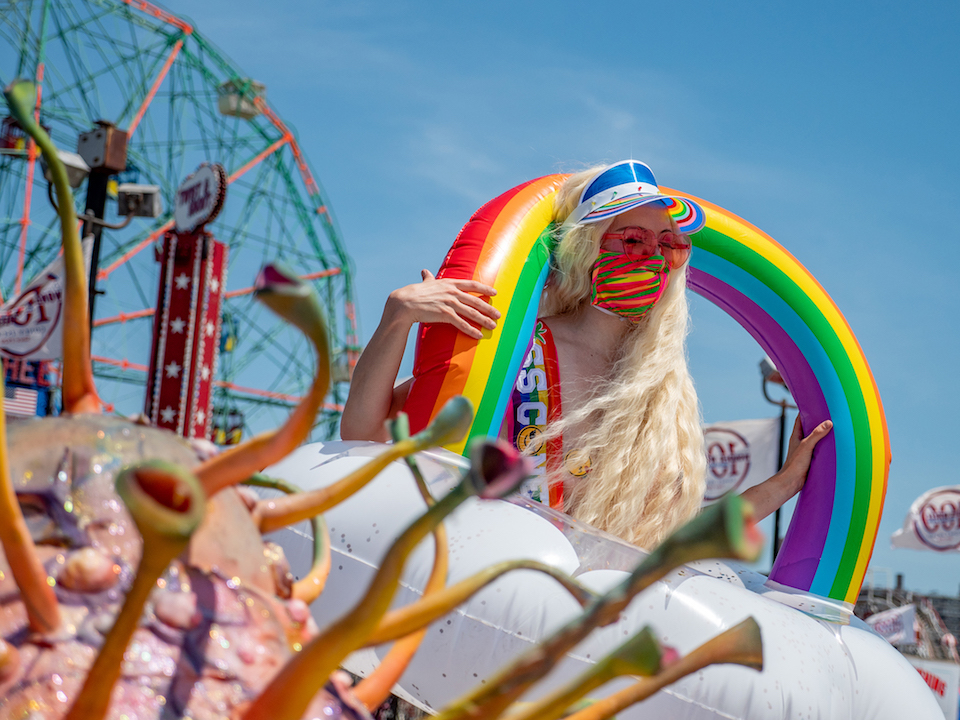 The annual Coney Island Mermaid Parade normally would have been held this past Saturday. But, obviously, these are not normal times.

Downtown photographer Milo Hess ventured out onto the boardwalk and found a handful in costume keeping the tradition alive.

Unaffected by the earthly pandemic below, the summer solstice went on as usual. Saturday, the Northern Hemisphere saw the longest period of daylight of the year.

Throughout history, the summer solstice has been a day for festivals and rituals — so, hey, why not mermaids and freaks?

The solstice traditionally was known as “midsummer” but now it’s seen as the start of summer.

Looking up to the sky out over the Atlantic, Hess saw what looked to him “like a beast, monster or a Godzilla-like cloud formation.”