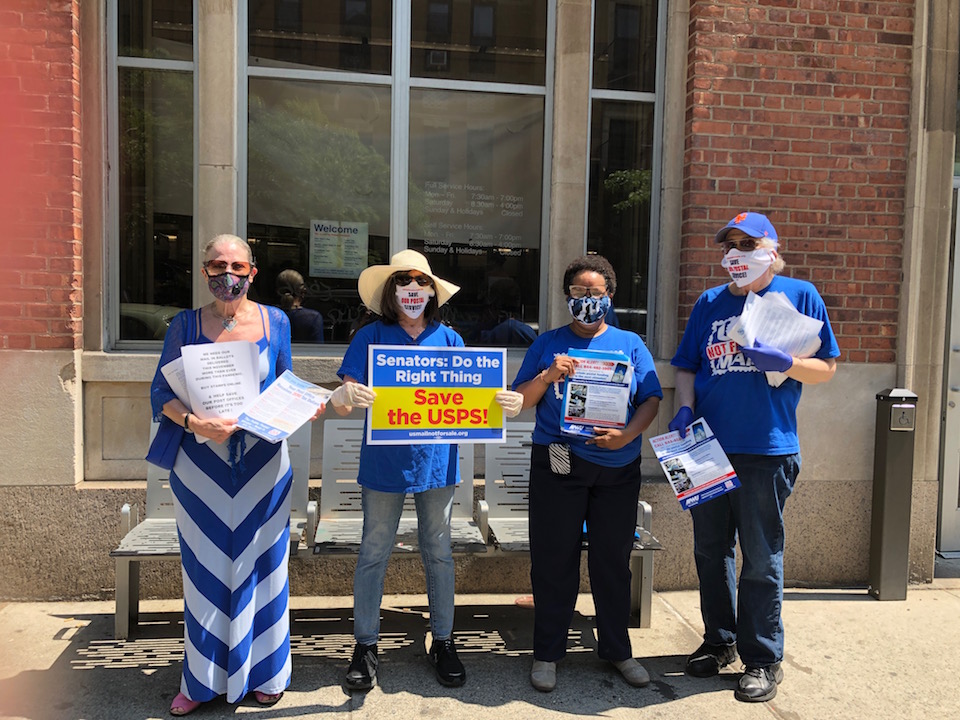 BY CHUCK ZLATKIN | The Harris Poll listed the top 100 essential companies during the COVID 19 pandemic in the eyes of Americans. Number one on the list is the U.S. Postal Service.

The Pew Poll on most well-liked government agencies shows the Postal Service with a 91 percent approval rating.

Even though package delivery has been huge, the fact of the matter is the overall volume of mail has fallen drastically during the crisis. This impacts dramatically on the Postal Service because it receives no tax dollars. Since the Postal Reorganization Act of 1970, the post office was set up to run on the funds it receives from the sale of stamps and services. This has worked well except for when the nation is thrown into a financial meltdown, like in 2008. It is now clear that because of the coronavirus-impacted economy, the Postal Service will run out of funds this year or early next.

The Heroes Act stimulus package passed by the House included financial relief for the Postal Service. There is a $25 billion grant to make up for the pandemic-caused loss of revenue, and another $10 billion line of credit. It is now up to the Senate to decide if the public Postal Service will get emergency funding, ensuring it will survive this crisis and be around to serve the American public for generations to come.

You might remember that, prior to the Heroes Act, there was a $10 billion line of credit for the Postal Service included in the Cares Act that was passed by both Houses of Congress and signed into law by President Trump. But shortly after signing the act, Trump decided that he would move against the Postal Service — some think it was because of his antipathy to Jeff Bezos, owner of Amazon and the Washington Post.

Through his secretary of the Treasury, Mnuchin, Trump decided that for the Postal Service to access the line of credit, it would have to agree to raise its prices for mailing packages by 400 percent to 500 percent and to have duties ceded to Mnuchin that were the responsibilities of the Postal Board of Governors and the Postal Regulatory Commission.

The American people understand the importance of maintaining a public Postal Service. Propagandists for privatization (selling the post office to corporations) never tell you that privatization will mean higher costs and less service.

Trump, through his Postal System Task Force (headed by Mnuchin) and the report by the Office of Management and Budget, has made it clear that he is an advocate for selling the U.S. Postal Service. The new postmaster general, DeJoy, is a longtime crony and contributor to President Trump. Everything seems in place for a move against maintaining a public Postal Service by the Trump team. The only way to stop it may be the American people.

Right now, advocates for keeping a public Postal Service are calling upon their friends, neighbors and relatives to call their two senators and demand immediate emergency funding to make sure the Postal Service survives this crisis. They are also asking people to reach out to those they know in rural states to have them call their senators, too, and request full funding for the Postal Service.

On Tues., June 23, 2 million signed petitions backing a public Postal Service were presented in Washington, D.C. In support of that action, New Yorkers stood in front of 17 post offices in the city to inform people about the crisis and urge them to call their senators, immediately, and tell them to support essential postal workers.

Thousands of postal workers tested positive for the virus and more than 70 have died.

Americans need a functioning public U.S. Postal Service. The Postal Service is older than the nation, it is owned by the people, and it needs to stay that way.