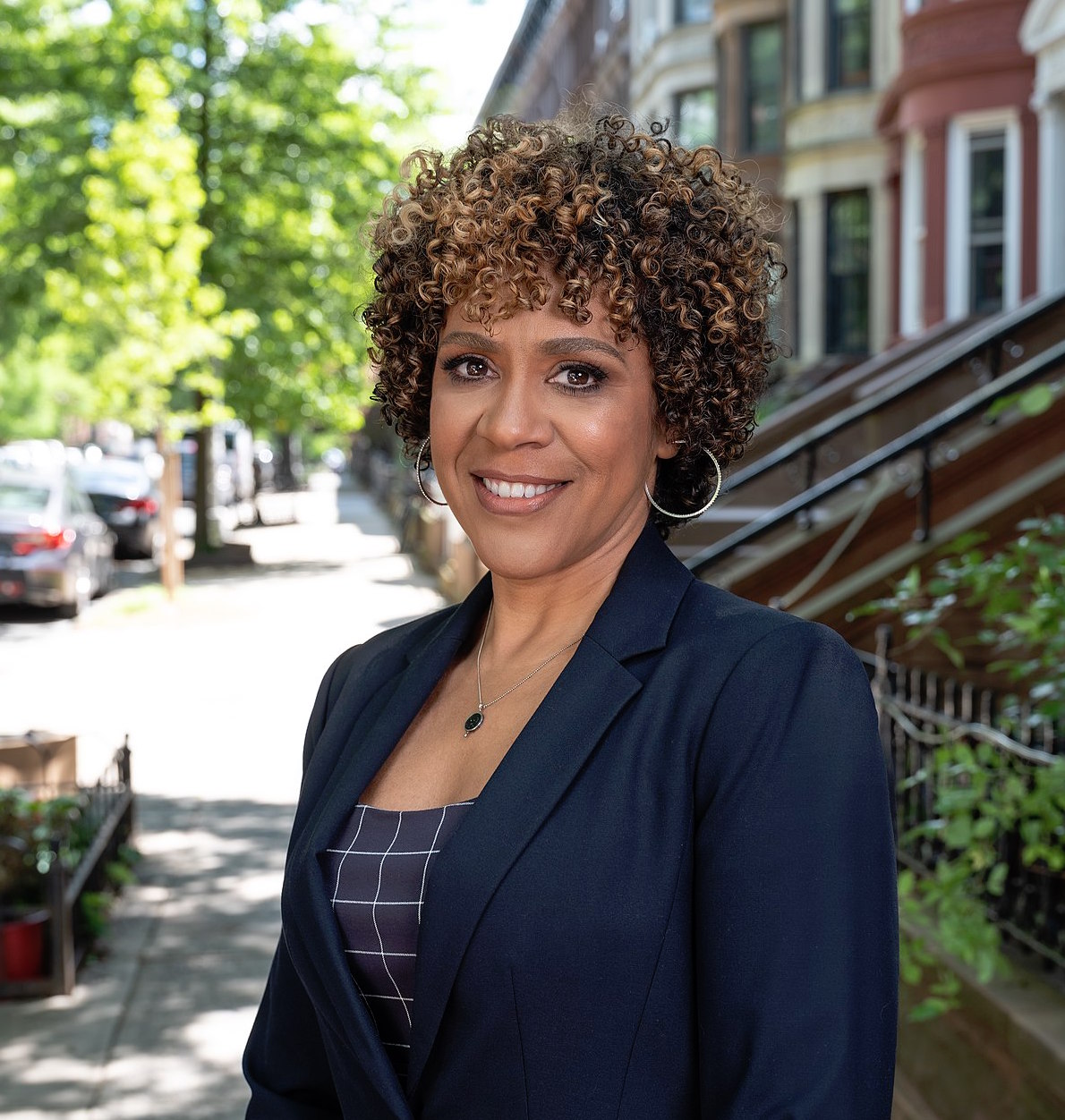 BY THE VILLAGE SUN | After initially saying, “Right now, I’m not focused on Scott Stringer,” Dianne Morales is focusing on him. And, after doing so, she now thinks he should drop out of the mayor’s race — and the comptroller’s office to boot, while he’s at it.

On Tuesday, word first started to get out that a woman was accusing Stringer of sexual harassment and sexual abuse that allegedy occured two decades ago. Jean Kim, a 49-year-old Asian woman, now a lobbyist, held a press conference Wednesday morning, airing her complaint. Stringer, in a press conference of his own, claimed innocence.

Morales, in a statement on Wednesday, expressed support for Kim and survivors of sexual abuse, but did not call for Stringer to leave the mayor’s race or step down as comptroller.

“I continue to stand with Jean Kim and support her demands for justice,” Morales said in a statement late Thursday evening.

“I’ve spent the last 48 hours reflecting on the leadership needed in this moment and beyond,” she said. “Believing survivors means believing them — and standing with them — from the very beginning. My heart goes out to Jean Kim for everything she is enduring in this moment. She has my full and unequivocal support.

“I’m also laser focused on the race at hand, because the last two days only underscore how much is at stake to build an equitable and just city. Unfortunately, it has also become clear that Scott Stringer refuses to take real accountability, and is using this moment to cause more harm. That alone disqualifies him from governing in this city. … Our campaigns should evoke hope and possibility, not triggers and fears.

“The complexities of power, race and white male privilege — and how it impacts all of us — requires a recognition of how those in power are credited with unearned wisdom, intelligence and truth,” Morales said. “Likewise, the challenges of acknowledging violence against women, and the uphill path women of color continue to sojourn while facing humiliation, suppression and immediate skepticism are all deeply rooted in the fabric of this very nation and city. I cannot attempt to fit all of my thoughts, emotions and analyses into the four corners of any page. I will, however, finish the job at hand: to fight with the people for a city every New Yorker deserves.

“I empathize with Jean Kim, who for almost two days now has had her character questioned and, in so many ways, deserves so much more support from those who hashtag ‘believe survivors.’ Scott Stringer must withdraw from the mayoral race and resign. And our city must move on with determining who has the strongest momentum, strategy and experience to protect all of us — especially the ones we still struggle to believe.”