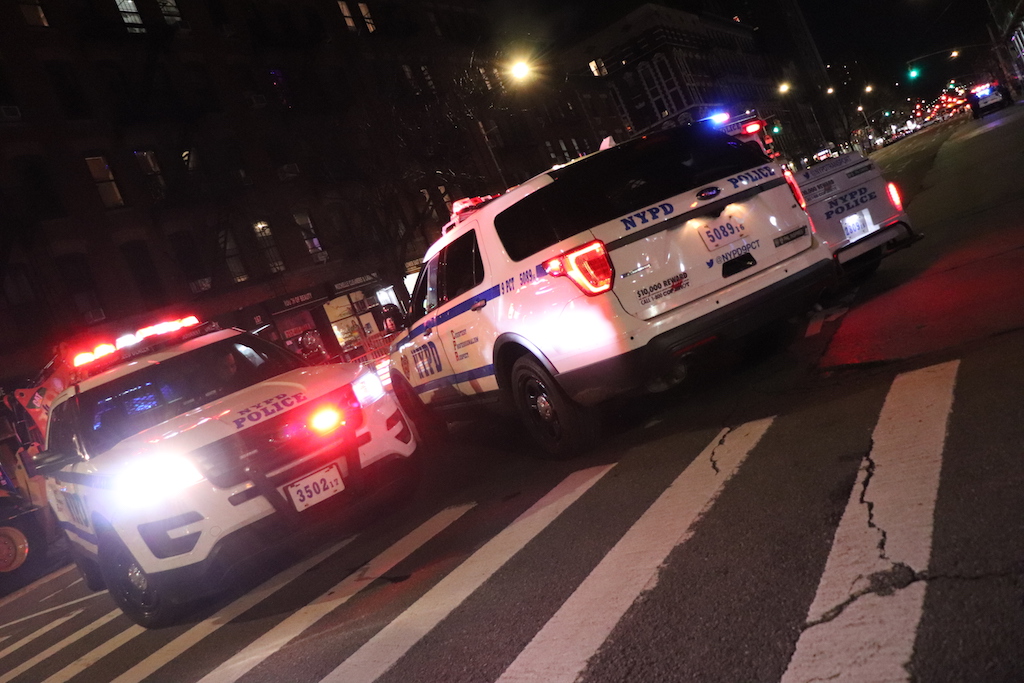 While official details on the shooting on Loisaida Avenue on Thursday afternoon were still unclear two days later — including whether the weapon was a BB gun or a real gun, and how many people were hit and how badly — a reliable source shared some information with The Village Sun that she had learned about the incident.

The source, a Village Sun reader, said there was indeed a second person hit — a female home health aide. She also said she was informed by someone who spoke to police Thursday evening that the weapon was a “small-caliber gun.”

A police spokesperson on Saturday confirmed that a woman — while not technically being shot — had suffered an “abrasion” to her leg caused by an “unknown object.”

The story from police is that two men were having a dispute on Avenue C near E. 10th St. on Thursday around 3:30 p.m. and that one of them, a 32-year-old, shot the other man in the torso.

It was initially unclear whether the weapon was a BB gun or a gun that shot bullets. On Friday afternoon, a police spokesperson told The Village Sun the victim was, in fact, “shot with a BB gun.”

However, a second police spokesperson speaking to The Village Sun on Saturday said, according to another early police report, the weapon was listed as “unknown caliber.”

According to the first spokesperson, “a person of interest” was taken in to the Ninth Precinct for questioning at 4:21 p.m. on Thursday.

It wasn’t clear, though, if that individual was still in police custody.

“I don’t see an arrest,” the first spokesperson said. “It’s an ongoing investigation.”

However, the second police spokesperson clarified that just being handcuffed does not automatically equal an arrest per se and that detectives merely could have merely been questioning the individual.

“You have to be processed [for it to be an arrest],” she explained. “They have to take fingerprints….”

Unchanged in the official police version of events is that the male victim was reported not likely to die.

However, the second police spokesperson said on Saturday that it appears the male victim apparently walked into the hospital under his own power at 5:30 p.m. on Thursday, where he was listed in stable condition, in addition to not likely to die. It wasn’t clear if the man was still in the hospital as of Saturday.

In addition, there initially was a lack of clarity on the number of people who were shot. According to accounts, a second person was struck.

EV Grieve linked to the Citizen app, which reported that police at the scene said the male victim had been walking from Stuyvesant Town. However, Citizen did not mention anything about the man’s having been in a dispute with the gunman. The app said the man was “transported” to a local hospital, meaning taken by ambulance.

The app also reported that a 44-year-old woman was struck — in the left eye — while walking to the C-Town supermarket.

Citizen said the woman was taken to Beth Israel Hospital and reported not likely to die.

Meanwhile, the anonymous source cited above offered a bit more information about the second victim.

“Two people were shot,” she confirmed.

The source said the female victim is a home health aide with a client in Village East Towers — but stressed that she did not want to reveal the woman’s name. In addition, jibing with the police report, the source said the woman was struck — not in the left eye, as Citizen reported — but in the leg and was not seriously hurt. However, she heard that the male victim was seriously injured in the shooting.

Initially, The Village Sun reader said that while police were initially told a BB gun was the weapon, her understanding is that it was, in fact, a “small-caliber gun” that was used. At the source’s request, The Village Sun is not printing who she heard that information from, who got it from the police.

The second police spokesperson on Saturday revealed more information about the female victim’s injury. The police encountered the wounded woman at 11th St. and Avenue C.

“They thought it was a gunshot wound,” the spokesperson said, “but it wound up being an abrasion…of an unknown object hitting her in the leg. She was complaining of a pain to her thigh. The victim was taken to Beth Israel for evaluation.”

Asked whether that sounded like the victim was hit by a BB-gun pellet or possibly was grazed by a real bullet, the spokesperson said she was going by what the report said. She said, for example, it’s possible the abrasion also could have been caused by something from the ground flying up and hitting the woman, as can happen in a shooting.

The confusion around what exactly occurred likely explains why police shut down Avenue C between 10th and 13th Sts. for hours following the incident. Police were “canvassing for ballistics” — probably trying to figure out exactly what was fired, BBs or bullets — and also collecting video evidence, as dusk was falling and visibility was dropping.

“There was a lot of confusion,” the spokesperson said. “I was there.”

She added that, as the investigation progresses, more information hopefully will be available by Monday.