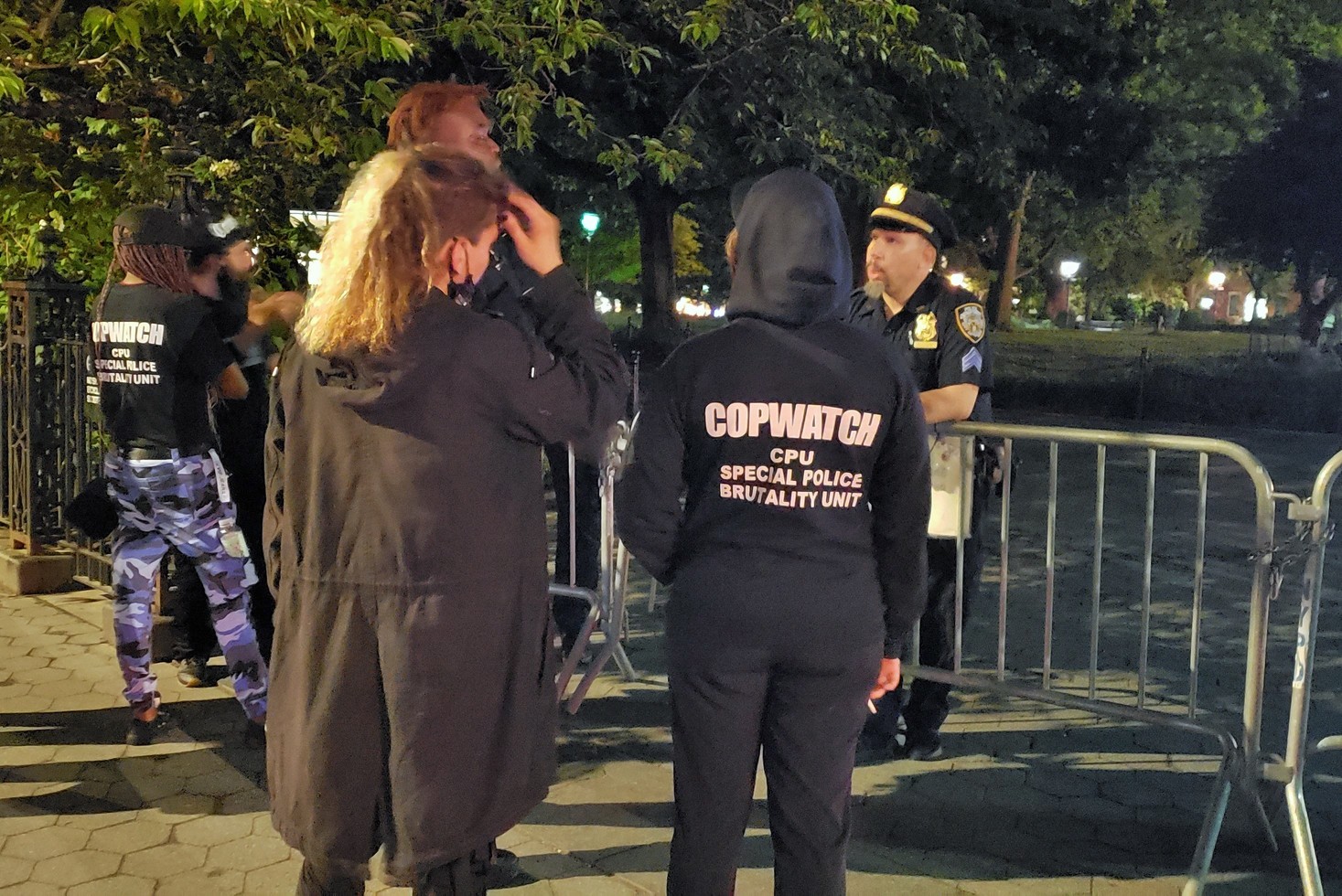 On Friday night, police closed the park early without any arrests. But members of the group Copwatch were on hand, above, to look out for any signs of police misconduct. Saturday night, though, things got more confrontational. (Photo by Everynight Charley Crespo)

BY THE VILLAGE SUN | On second thought, maybe this won’t be going so smoothly after all.

On Friday night, police who had cleared Washington Square park for the new 10 o’clock curfew told The Village Sun that, “It went smooth” and that the revelers “went with no issues.”

But what a difference one night makes. On Saturday night, police trying to clear the park around 10 p.m. met resistance from some young parkgoers and things got physical. There were a total of 23 arrests.

Police did not immediately provide the arrestees’ names, ages and addresses or the charges.

Video posted by ABC 7 Eyewitness News shows police moving forward like a phalanx and using their clubs to push people toward the exits on the south side of the park. One cop is seen literally picking up a guy — presumably who was refusing to budge — and carrying him.

Meanwhile, everyone can be seen hoisting their camera phones high to document everything.

The previous night, although things in the park were quiet after the early curfew, one officer manning the gates said it didn’t guarantee they would stay that way.

“Summer’s still young,” he said. “Actually…it’s not even summer yet.”

The Parks Department and police recently decided to impose the early closing time in Washington Square on weekends due to neighbors’ complaints about the ongoing party scene, which was drawing large crowds, with amplified music, late into the night.