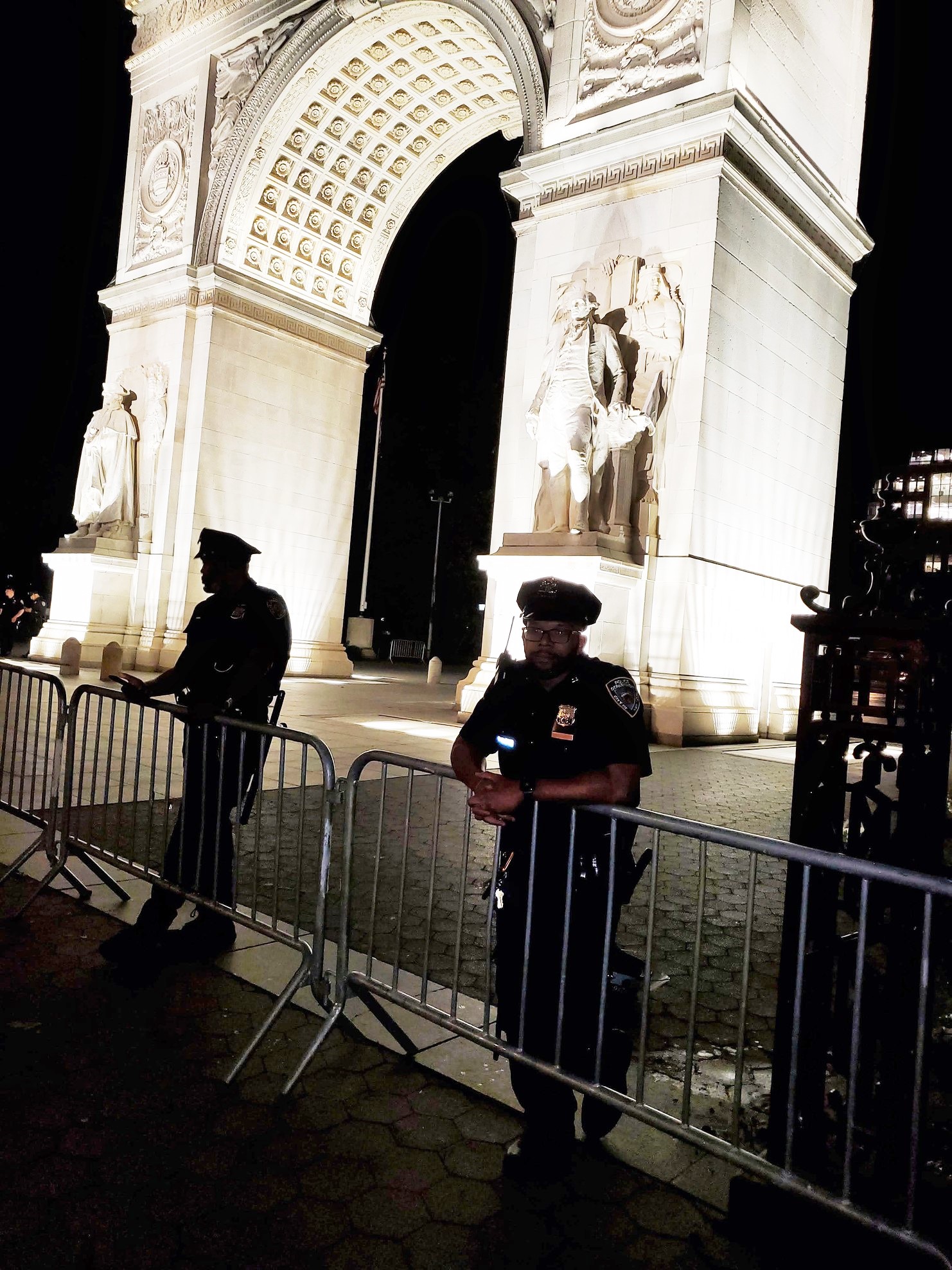 BY THE VILLAGE SUN | Well that was a change.

You could almost hear a pin drop in Washington Square Park on Friday night after police closed the park early around 10 p.m.

No one was exactly caught by surprise, though. Due to a massive amount of media coverage over the past week, everyone in New York City — and, no doubt, many people around the world — were aware that police would be closing the renowned Village park early on weekends for at least a few weeks, if not longer.

The Parks Department has said the early-closing strategy is needed because of “large gatherings, amplified sound and other conditions in the park on weekends.”

At any rate, this Friday night, two police officers from Queens who were posted in the park overnight said the early closure had worked fine.

The park had been “pretty crowded,” the officer said, but still everyone left within minutes of being verbally told by cops to do so.

One young woman passing by asked if they would let her into the park so she could take a photo in front of the arch but they told her no. A disheveled-looking guy came by, angrily stomped a concrete Jersey barrier and wandered off.

It looked, however, like the party had simply moved east a few blocks after Washington Square Park’s closing. Around 12:30 a.m., young revelers filled the east end of St. Mark’s Place between Third and Second Aves.

St. Mark’s is an Open Street between Third and Second Aves. and between First Ave. and Avenue A, meaning those blocks are closed to car traffic from 4:30 p.m. until midnight and 11 p.m., respectively, on Friday nights.

Partying on St. Mark’s Place between Third and Second Aves. (Video by The Village Sun)

About a half hour later, a group of police on foot, wearing riot helmets and brandishing black batons, moved the partiers to the east. As the revelers marched along St. Mark’s, the police trailed behind them.

Asked why they had shut the party down at the previous location, an officer said, “Disorderly in the street.”

Partying on St. Mark’s Place between First Ave. and Avenue A. (Video by The Village Sun)

The roving ravers stopped to whoop it up for a little while at St. Mark’s between First Ave. and Avenue A. They eventually made their way to Tompkins Square Park, where they held a dance party in the plaza around the Hare Krishna Tree.