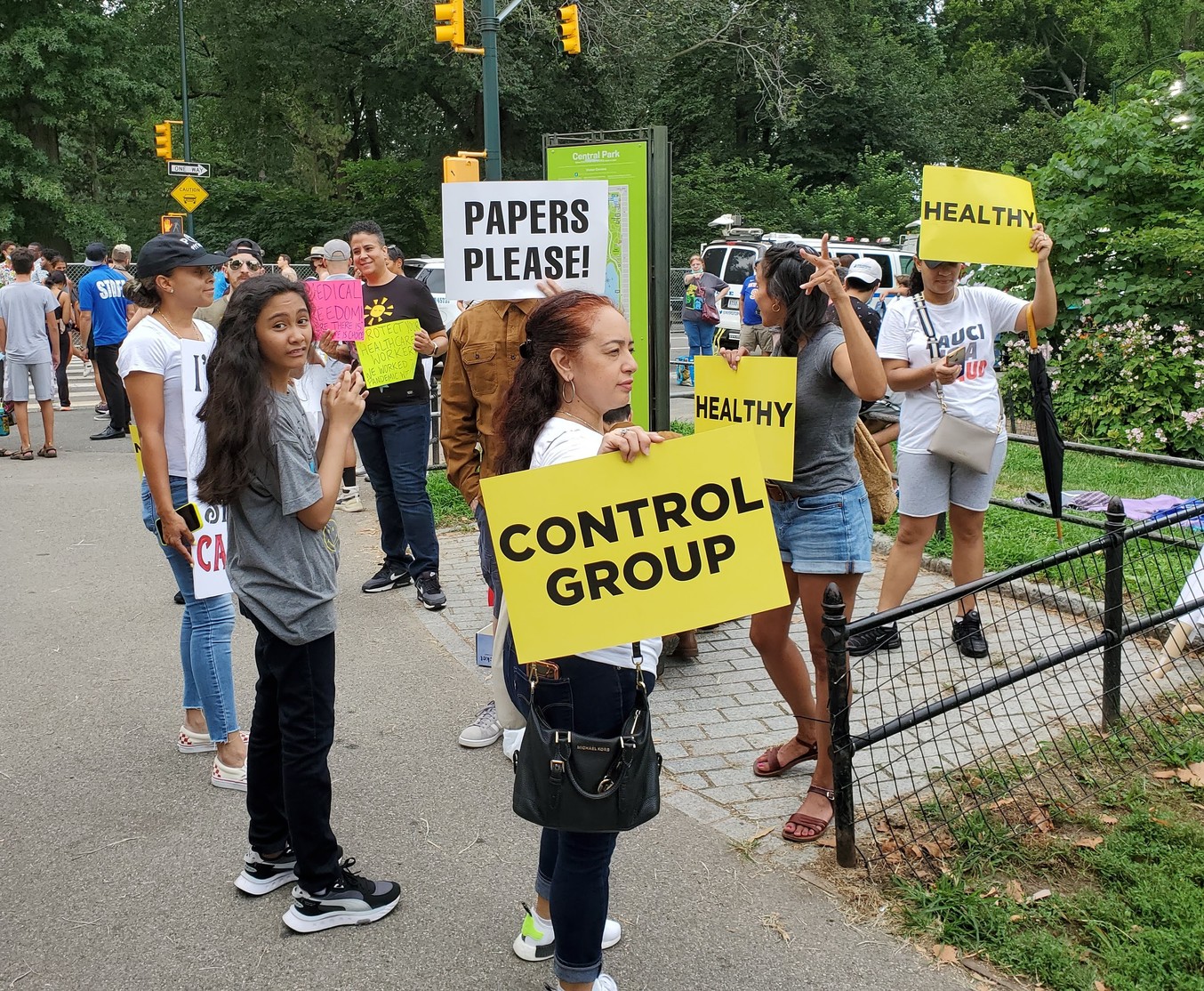 COVID vaccine opponents staked out a spot to protest in Central Park along the route to the Great Lawn concert on Saturday. (Photo by The Village Sun)

Concert vax mandate was a sticking point for them

BY THE VILLAGE SUN | You had to be vaccinated to attend the “Homecoming Concert” on the Great Lawn on Saturday. Most would say that was a very good idea, especially with the Delta variant raging in the latest COVID wave.

In order to see Santana, Jennifer Hudson, Journey, LL Cool J and the rest of the star-studded lineup, concertgoers had to show a COVID vaccination card or New York State Excelsior Pass.

But a group of people who have defied the push to get jabbed chose to stage a small protest near the park’s East Drive on the way to the show.

Asked if they were anti-vaxxers, one of them retorted not to call them that. Asked what they should be called then, she said, “People who refuse to be forced to take the COVID vaccine.”

If there’s one thing that people who refuse to take the COVID vaccine hate almost as much as the vaccine itself, it’s being called anti-vaxxers.

At any rate, the un-jabbed crew missed a good concert, even if it was only half the scheduled show before Hurricane Henri washed it out.

Mayor de Blasio has also required people to be vaccinated to attend various indoor activities in New York City, including dining, gyms and performances. The policy began Aug. 16 and enforcement will start Sept. 13. The Big Apple is the first major U.S. city to adopt such a requirement.