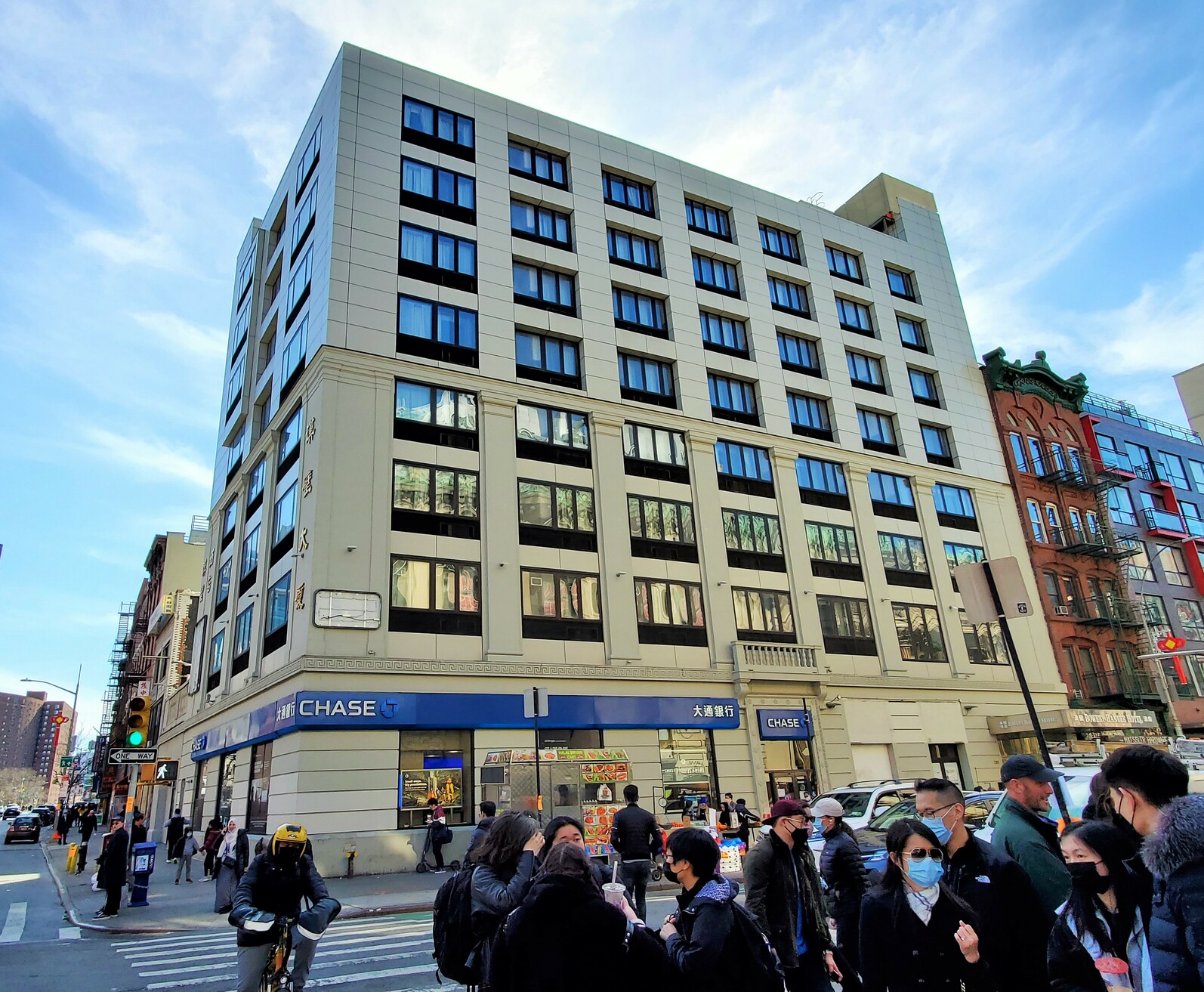 The former Hanbee Best Western hotel will be used to house around 100 immigrant families. (Photo by The Village Sun)

BY THE VILLAGE SUN | A Chinatown hotel that was previously slated to be a homeless shelter run by Housing Works under a contentious plan that was ultimately scrapped by the city will instead now serve as a shelter for immigrants claiming asylum.

Councilmember Christopher Marte said he was informed by the Mayor’s Office on Friday afternoon that 231 Grand St., at Bowery, will be serving as “a shelter for asylum-seeking” starting next week. According to Marte, the former commercial hotel’s 102 rooms will all be occupied by families with children.

Marte encouraged the community to accept the newcomers.

“I strongly urge the Chinatown and Lower East Side community to be welcoming to these new neighbors,” he said. “They have risked their lives fleeing conflict at home — experiences that many of us as immigrants and children of immigrants can relate to. They are coming to our country just as many of our parents did, for better opportunities for their families and future generations. Many of these families have experienced loss and tragedy, and it is our responsibility to help them feel welcomed and supported here in New York City, just as we were welcomed by generations of immigrants before us.

“I want to emphasize that asylum-seeking is not illegal,” Marte added. “There is no threat to public safety. These families have not done anything wrong and do not deserve hostility or fear. We will have no tolerance for racism or discrimination toward the women, men and children that will be moving into our neighborhood. I know Chinatown and the Lower East Side will not stoop to the divisive rhetoric that is being used to villainize our newest and vulnerable neighbors.”

The former Best Western hotel, located in the heart of Chinatown, was the center of a heated battle earlier this year as the community pushed back against a plan for its use as a homeless drop-in center and Safe Haven shelter. Ultimately, Community Board 2 had the community’s back, supporting residents and businesses who said that Chinatown was unfairly oversaturated with homeless facilities.

In May, the city pulled the plug on the shelter scheme. However, Charles King, the C.E.O. of Housing Works, claimed it wasn’t the community outcry but ultimately opposition from the Hotel Trades Council union — which allegedly wanted guaranteed jobs in the shelter for its members — that sunk the plan.

At the time, the city’s Department of Social Services issued a statement, saying, “After reviewing planned shelter sites scheduled to open in Chinatown, we have decided to reevaluate [and relocate] this shelter capacity to an area with fewer services and shelter for those experiencing unsheltered homelessness. Our goal is always to work with communities to understand their needs and equitably distribute shelters across all five boroughs to serve our most vulnerable New Yorkers.”

During the debate over the Housing Works shelter, some Chinatown activists argued that the neighborhood badly needed the tourism and dollars that restoring a commercial hotel at the location would bring.