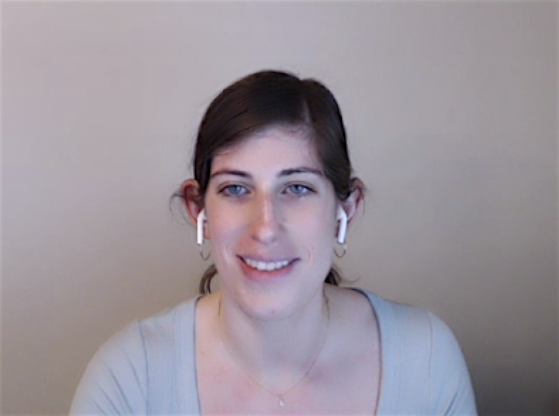 C.B. 3 chairperson: ‘Another direction’ on S.L.A. Committee means give others a chance to lead

BY LINCOLN ANDERSON | What exactly does “another direction” mean in terms of the policy of Community Board 3 on bars and restaurants?

Anti-bar watchdogs have been desperate to know the answer to that question ever since, over the Christmas holiday, Alexandra Militano was summarily stripped of her position as chairperson of the Community Board 3 State Liquor Authority and Department of Consumer Affairs Licensing Committee.

In demoting Militano, who had chaired the key committee for 19 years, board Chairperson Alysha Lewis-Coleman reportedly told her the East Village/Lower East Side board needed to move in “another direction.”

To many locals, those words raised alarms that the new direction would mean something they vehemently oppose and fear — namely, the Lower East Side Business Improvement District taking a greater hand in vetting liquor-license applications and setting stipulations for nightlife operators’ businesses in the already oversaturated district.

At the committee’s meeting this Monday night, the end of the Zoom session was left open for locals to weigh in on the contentious move. Residents had two minutes each to make a statement.

Laura Sewell, executive director of the East Village Community Coalition, said, “I have never received the volume of concerned e-mails and phone calls that I have about this change. You do need to know it has caused great concern and outrage among many residents. Especially during the pandemic, about how they’re being treated like a nuisance by some operators. It’s been a rough couple of weeks [since Militano’s demotion and talk of ‘another direction’]. People are very anxious.”

A member of the Suffolk St. Block Association who only gave her name as Nora said, “I think there are a lot of concerns that the ‘new direction’ is removing the public [from the review process]. If we keep approving more liquor licenses, other businesses won’t come in. I am sick of every business being a restaurant and bar! You know, we’re not stupid! I’m really upset.”

Hope Beach, a member of the Orchard St. Block Association, said, “We do not want the BID to have anything to do with the licensing. And we’re just interested in knowing, what does ‘change of direction’ mean?”

Beach noted that when she moved onto Orchard St. 15 years ago, there were not any liquor-licensed business on the stretch between Delancey and Canal Sts.

In addition, Zamsky said, “If the committee is overwhelmed with work, then form a second committee. We don’t need a BID to do our government work.”

In fact, Community Board 2, on the West Side, has two S.L.A. committees that meet on separate days of the month.

Zamsky complained that the opportunity to comment on Militano’s losing her chairpersonship had not been mentioned on the meeting’s online agenda, which would have alerted more people to it.

Similarly, Diem Boyd, the leader of the LES Dwellers, said more discussion was needed beyond the brief session tacked on at the meeting’s end.

“I’m hoping that there is going to be a bigger public forum than tonight,” she said.

However, as Diem started to say that Susan Stetzer, the board’s district manager, had been “unfair,” the audio abruptly went silent.

“I was muted by her,” Boyd announced a few moments later.

Boyd was later given 30 seconds to speak again, making up for when she was cut off. The committee’s ground rules are that speakers not directly criticize others.

Under the format set by the committee’s new chairperson, Michelle Kuppersmith, committee members did not respond to each of the residents’ comments. However, at one point, Lewis-Coleman gave a statement of her own — though also keeping it to two minutes.

Last week, Lewis-Coleman, due to a death in the family, was reportedly unavailable to comment to The Village Sun about the S.L.A. committee controversy. On Monday evening, however, she made her first public comment on the issue.

“I never mentioned anything about the BID to Alex when I had the private conversation,” she said. “And as far as the ‘new direction,’ it was the direction of leadership. Someone has to have the opportunity of leadership.”

In short, Lewis-Coleman said that Militano had held the committee chairpersonship for 19 years and it was time for a change. Also, as approved by New York City voters in a ballot referendum, community board members now are term-limited; Coleman-Lewis said that was also a factor in her move — that C.B. 3 must be prepared for how term limits will affect the board’s makeup.

“Term limits are going to hit us all, and we have to move on,” she said.

Some residents, though, said it was not right for Lewis-Coleman to characterize her conversation with Militano when Militano was not there to speak for herself.

It was not immediately clear why, but Militano did not attend Monday night’s meeting. She did not immediately respond to a phone call for comment. Herman Hewitt, a longtime former vice chairperson of C.B. 3, did not respond to an e-mail requesting comment on Militano’s demotion and also asking if he knew why she did not attend Monday night’s meeting.

Hewitt and four other members of the committee recently wrote an open letter to local elected officials, fellow C.B. 3 members and local block associations voicing their concern about how Militano’s demotion was handled.

Despite their distress over the purge of Militano, residents credited Kuppersmith with running a good first meeting.