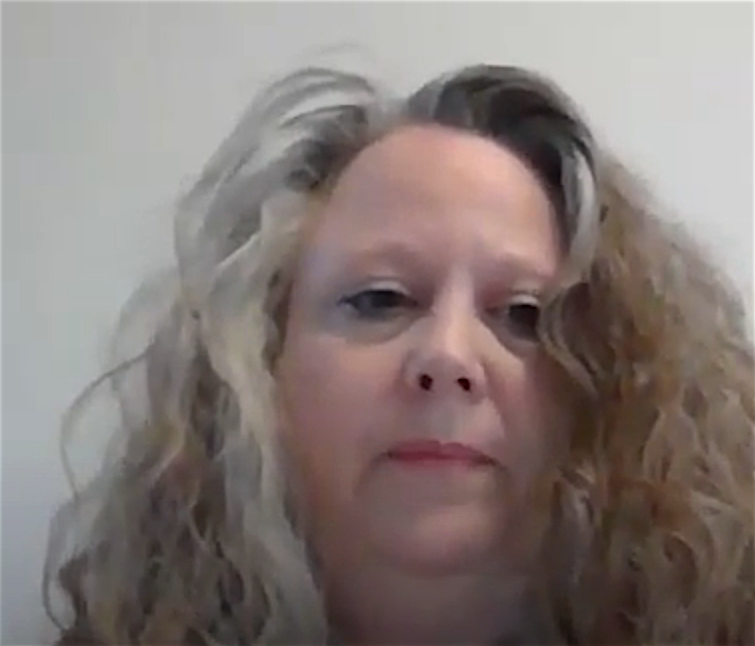 Alexandra Militano's abrupt removal as chairperson of the C.B. 3 committee that oversees liquor licenses and sidewalk cafes has raised alarms among some C.B. 3 members and community groups.

C.B. 3 heads in ‘another direction’ on nightlife as Militano cut from key position

BY LINCOLN ANDERSON | A major shakeup has occurred at Community Board 3, as Alysha Lewis-Coleman, the board’s chairperson, recently replaced Alexandra Militano, the longtime chairperson of the board’s State Liquor Authority and Department of Consumer Affairs Licensing Committee. The key committee’s new chairperson is Michelle Kuppersmith.

C.B. 3 members and local block association members alike are extremely concerned about the loss of Militano’s leadership on the critical committee, although she remains a member of it.

As one community activist put it, “Militano had serious integrity regarding [liquor license] stipulations and vetting [of liquor license applicants] and a historical understanding of individual operators’ activities and proclivities.”

Raising alarms, in particular, was Lewis-Coleman’s reportedly saying she wants the committee to move in “another direction.”

In fact, some groups, such as the LES Dwellers, think Militano’s demotion is meant to quash opposition to a contentious initiative that was set to come before the East Village/Lower East Side board last June — namely, to allow the Lower East Side Business Improvement District to increasingly control the administration of the Open Streets and Open Restaurants programs in the district. However, as local groups began raising red flags over the plan, the June meeting was abruptly canceled.

The de Blasio administration’s outdoor dining program is seen as a lifesaver for local bars and restaurants during the pandemic. But many locals complain that enforcement of regulations is sorely lacking, plus are outraged that the city plans to make Open Restaurants permanent — even for when the pandemic is over — without any community input.

In response to the flap, five of the six C.B. 3 members on the S.L.A./D.C.A. Licensing Committee, including Militano, Herman Hewitt, Jesse Beck, Ellen Lou and Clint Smeltzer, recently wrote an open letter expressing their “deep concerns” about the development. The only committee member who did not sign the letter is its new chairperson, Kuppersmith.

The Village Sun reached out for comment to C.B. 3 District Manager Susan Stetzer and asked her to provide a contact for board Chairperson Lewis-Coleman, so she too could be asked for comment, or to forward the paper’s request for comment to her. However, Stetzer said because Lewis-Coleman had a death in the family last week, Stetzer is not giving out her contact info or contacting her with anything nonessential this week until after the funeral. In terms of herself, Stetzer said it would be “inappropriate” to comment.

The committee members’ letter, including the introduction on the e-mail that was sent out, follows below:

As a Community Group/Resident of Community Board 3 we want to make you aware of some recent events that will affect the SLA/DCA Licensing Committee, as well as the full board.

Open Letter to All Concerned

Regarding Recent Events at Community Board 3 Manhattan

The undersigned members of Community Board 3 SLA/DCA Licensing Committee feel it necessary to bring to the attention of the elected officials, our fellow board members, and the public at large, some deep concerns that we have over recent events that affect the functioning of our Committee and the Board. Because we feel strongly that our Board’s ability to represent the best interests of our community effectively and legitimately is at stake, we wish to highlight issues that we hope can be dealt with in a constructive manner so as not to damage the Board’s integrity and reputation.

The Board Chair has removed and replaced the chair of our committee. Certainly, the Board Chair has the full authority under the bylaws to do this, however, in these cases the method used lacked transparency, is clearly divisive and appears to signal a departure from an established Board policy on liquor licensing — one if not the most substantive and controversial issue facing our neighborhood in recent years.

The Board Chair stated that the removal was to facilitate the committee moving in “another direction.” In the course of the conversation regarding this matter, the Board Chair asked the SLA chair to resign and provided her an opportunity to respond, however before an answer was given, the newly appointed SLA chair announced the change to committee members and the new name appeared on the [C.B. 3] website as SLA chair.

What is most disquieting about this change is the apparent intention to move the SLA [Committee] in “another direction.” CB3 has had to balance the competing interests of an expanding nightlife industry in our community against quality-of-life concerns and the often vehement opposition of community residents. CB3’s SLA/DCA Licensing Committee has prided itself on weighing these often-competing concerns in a very thorough manner and in accordance with the State laws regarding licensing. It is a very delicate and exacting undertaking that requires a thorough understanding of the State laws, City regulations and the methods that the State Liquor Authority uses in making its final decisions. CB3’s effectiveness in expressing its opinion to the Authority will certainly diminish without this expertise.

Also, CB3 developed, through an extensive public engagement process some years ago, an SLA Policy which is posted on the website. If such policy were to go in “another direction,” the creation of any new policy should be through a fully transparent and participatory process. We fear that this abrupt change in committee leadership will result in deep skepticism and discord toward the Board within the community because residents will view it as a change in policy without public input.

In conclusion, we ask all concerned parties to take these observations into consideration and to assist us developing a more constructive environment in CB3. We would appreciate the assistance of the elected officials in finding a way to avoid likely upheaval at CB3.

Thank you for your attention to this important matter.