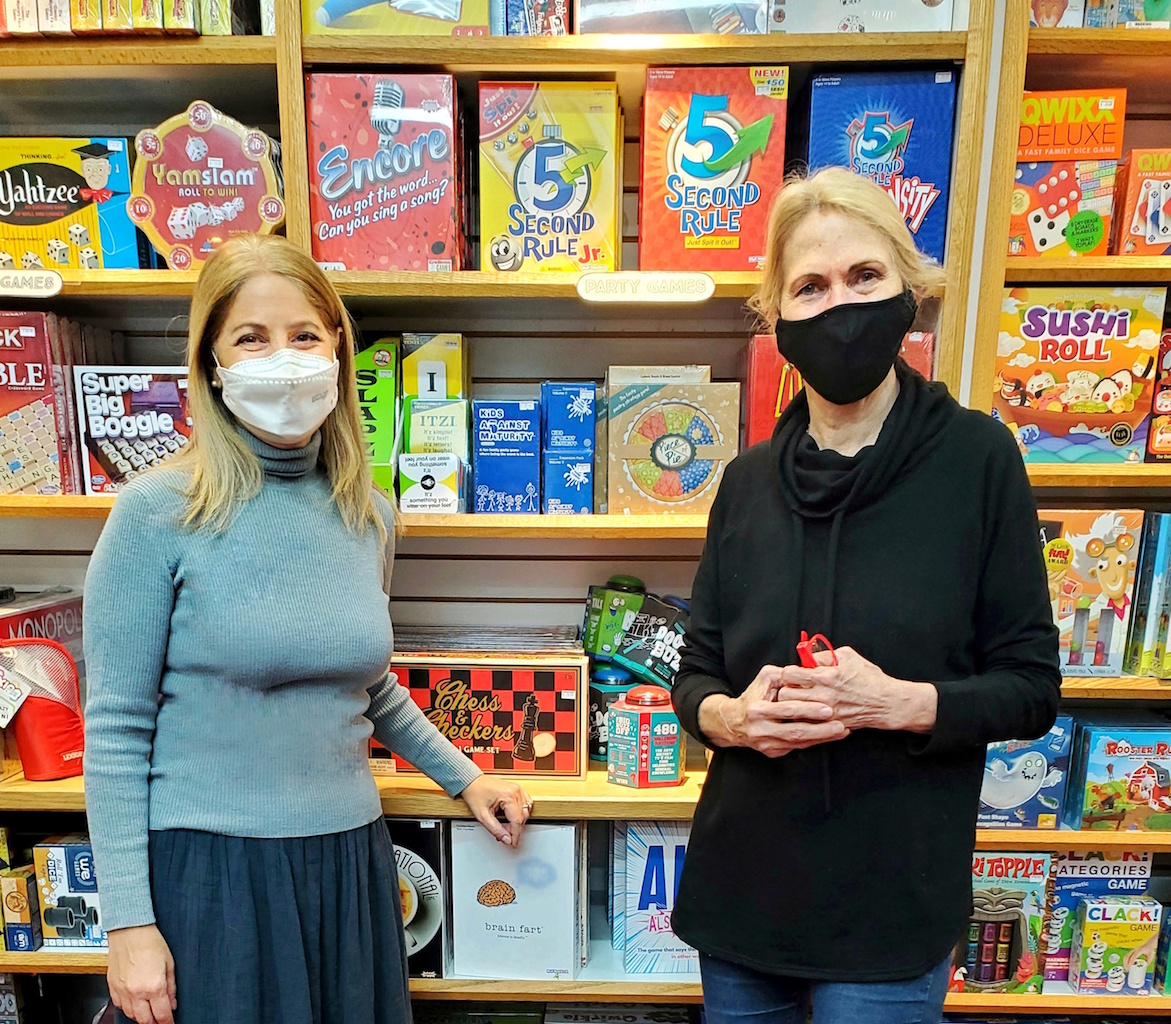 BY THE VILLAGE SUN | A City Council candidate is advocating for a local Amazon alternative to help struggling merchants.

Last week, Leslie Boghosian Murphy and ShopIN.NYC, a new e-commerce platform, announced the expansion of ShopIN.NYC to include same-day delivery in District 3, including the West Village, Chelsea and Hell’s Kitchen.

Using the new site, local residents can now support area businesses from the convenience of a single, one-stop online platform.

Most of the platform’s stores right now are Brooklyn based, but Boghosian Murphy helped to bring the effort to District 3, both in terms of deliveries and merchant participation.

So far these are the local business, either in or slightly outside of District 3, that are available on ShopIN:

ShopIN expects the platform, as well as the list of area stores on the site, to grow on Manhattan’s West Side.

A member of Community Board 4, Boghosian Murphy is a former investigative journalist. That she does not come from a political background is an asset, in her view.

“As we have all seen, COVID-19 has devastated our local businesses,” she said. “But our small stores were struggling even before COVID. Band-aid fixes are not going to cut it. We need to think broader and look long term.

“We have to reimagine how we shop local,” she said. “Our small businesses have been ravaged by the ‘Amazon effect’ and we have to fight back to save them. These are the places that help create healthy and vibrant neighborhoods, and we depend on their survival.”

Boghosian Murphy said she saw that ShopIN was having success in Brooklyn and so thought that residents and businesses in Council District 3 could also benefit.

ShopIN.NYC is run by locals. The company says it helps neighborhoods empower themselves to keep money in the community.

“Early during our Manhattan expansion, Leslie contacted us,” Maya Komerov, ShopIN’s founder, said.“She was quick to understand that we’ve started a movement in New York City to empower New Yorkers, and she acted right away to enlist the power of ShopIN to help her district strengthen their neighborhoods through local commerce.”

Christina Clark, owner of Kidding Around, a nearly 30-year-old family-owned Chelsea toy store, has joined the shopping platform. Boghosian Murphy connected with her when she found out how the shop was struggling during the pandemic.

“It’s hitting three birds with one stone,” Clark said of ShopIN.NYC. “It’s helping local businesses, local customers and local delivery people. It’s important to have politicians realize that we have to do something. Leslie came along and said ‘What can we do? How can I help?’ Leslie is rolling up her sleeves. That’s what she’s done, and I’m grateful.”

ShopIN.NYC was founded by a female entrepreneur, pays its delivery drivers $20 to $25 an hour and hires all local New Yorkers, facts Boghosian Murphy calls important.

“We don’t deal with candidates or politicians often but it was encouraging to work with Leslie and her team,” Komerov said. “She cares about her neighborhood.”

“It’s nice to see someone with a public policy vision,” Clark said of Boghosian Murphy, “and to stick it to Amazon.”

Like Amazon Smile, ShopIN has a donation feature, under which a percentage of a purchase goes to address a local need.

“Every purchase will create a donation to our district schools most in need,” Boghosian Murphy explained. “I want our schools to benefit. One of the major inequities in our public school system is the ability for P.T.A.s to raise money to fund subjects that are considered ‘extra’ by the Department of Education, such as drama, music, SEL and environmental science. This will funnel thousands of dollars to our neighborhood schools that need it most.”

Boghosian Murphy is continuing to help interested businesses in District 3 join the platform.

Andy Tider, vice president of marketing for ShopIN.NYC, said, “The West Village has wonderful, unique stores. We’re hoping they will be able to take advantage of the service.”

Boghosian Murphy said her work with ShopIN.NYC is part of a larger initiative that she will be promoting for small businesses in District 3.