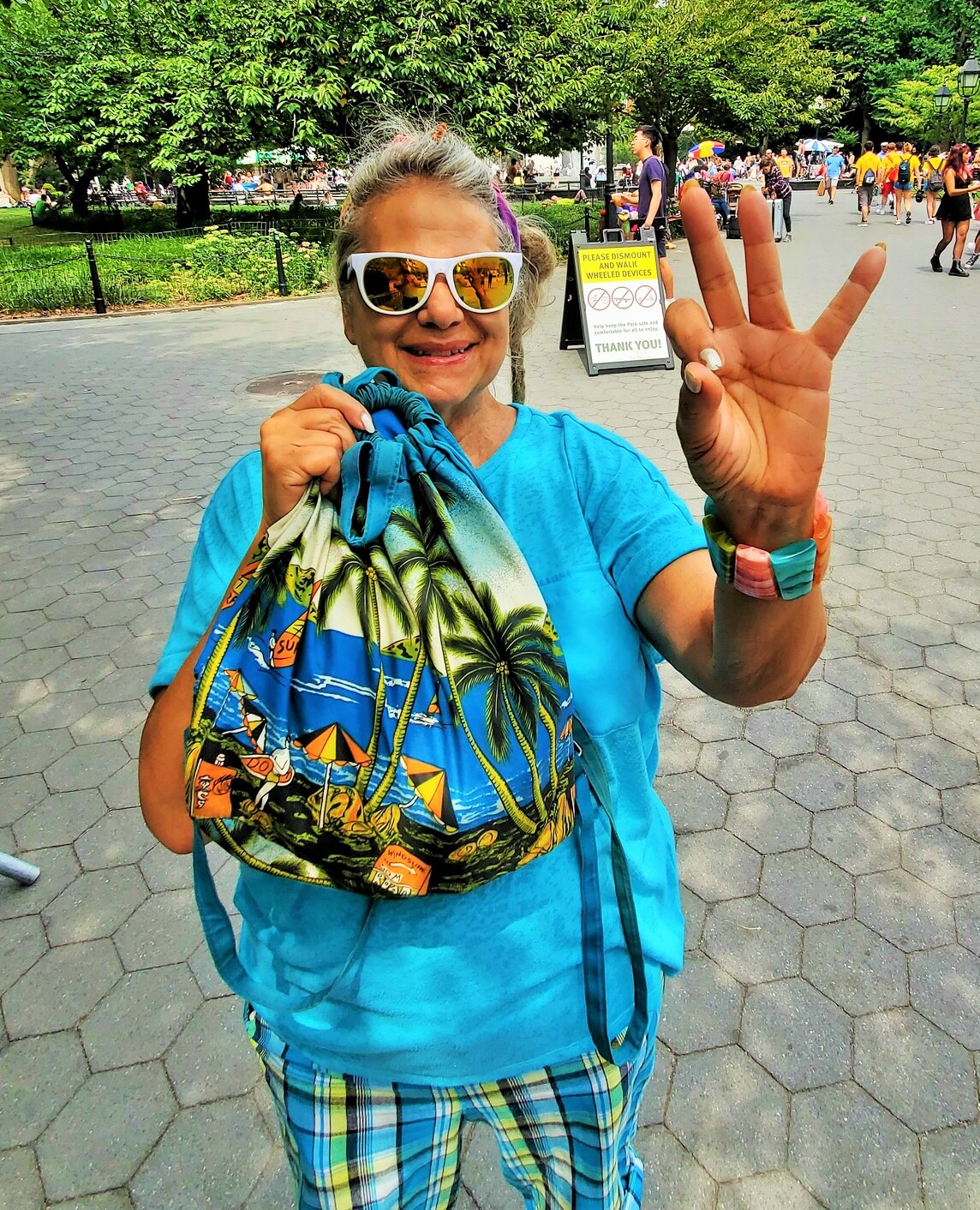 Friends of the late Greenwich Village activist icon, who died last September at age 92, are moving full-steam ahead with their effort to dedicate a bench in Washington Square Park in her name.

The seat has already been selected — in the Alexander Lyman Holley Monument oval on the park’s west side, a spot where Diether enjoyed hanging out — and sometimes watching Ricky Syers perform with his “Little Doris” marionette of her.

Lois Rakoff, a Commmunity Board 2 member and a leading member of the effort, was in the park last Sunday to quickly check on the bench before catching a matinee of “Mister Miss America” at the Rattlestick Playwrights Theater on Waverly Place.

The group raised $2,500 — the required “donation” to the Parks Department to purchase the plaque — and has submitted the text. To accept contributions to the fund, the group used the Washington Square Park Conservancy since it’s a 501c-3 noprofit.

Although Rakoff did not have the exact text and order of words memorized, she said it runs something like: “Doris Diether sat here. Activist, preservationist, historian, iconic community hero. With love and gratitude.”

They hope to see a mock-up of the plaque soon.

“It’s been sent to Parks,” she said. “We’ll see if they accept all the words. We’ll see if it fits.

“Hopefully, if it comes through, we’ll have a ribbon-cutting ceremony,” she said.

Rakoff and others are also envisioning other ways to honor the memory of the Robert Moses-battling activist, including plantings in her name in the park, as well as a street co-naming.

But first, the bench!