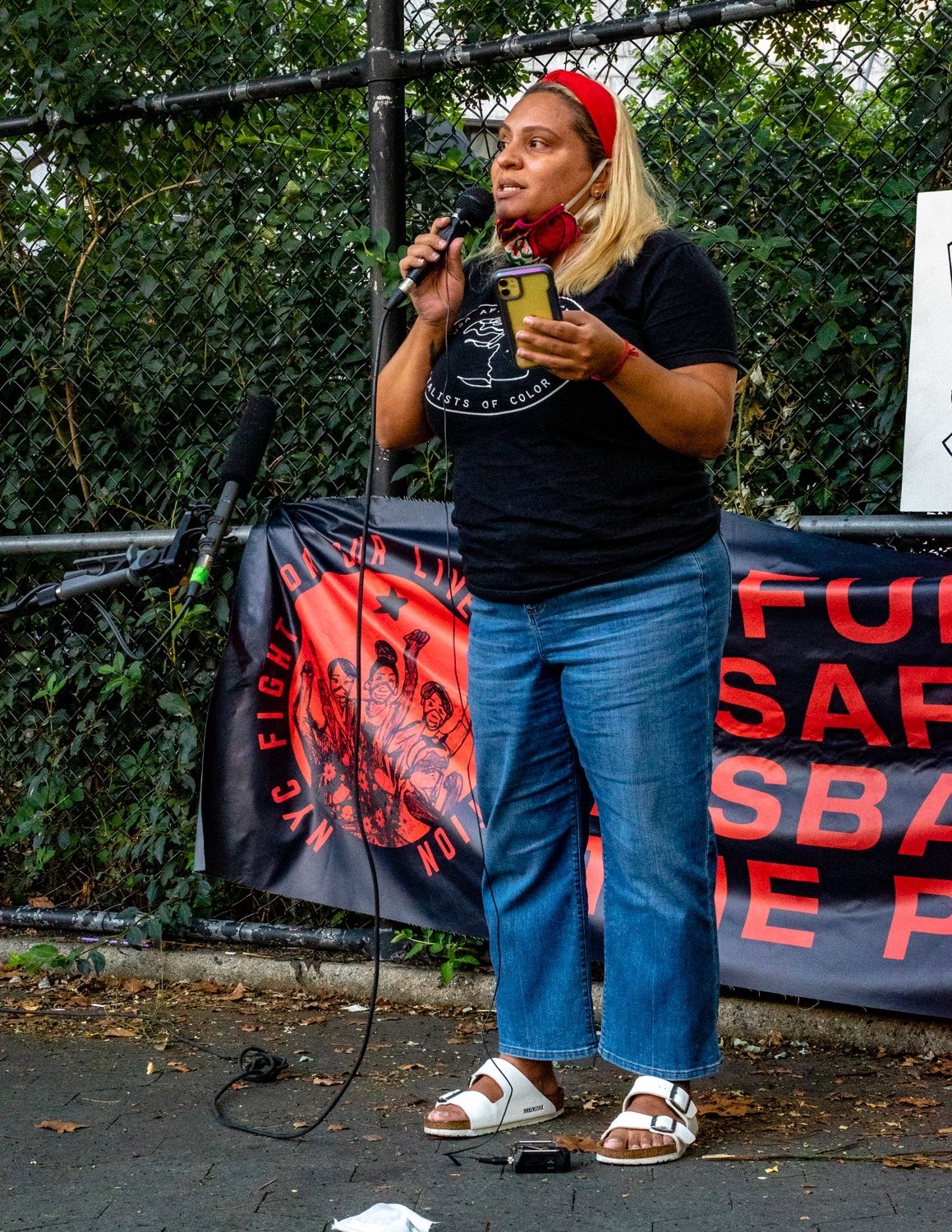 BY DASHIELL ALLEN | Jasmin Sanchez, a lifelong resident of the Baruch Houses on the Lower East Side, wants to become the first NYCHA tenant sent to Albany.

On Mon., Jan. 10, she officially declared her candidacy for state Assembly in the 65th District, which is currently represented by Yuh-Line Niou.

Sanchez’s grandparents moved to The Lower East Side from Puerto Rico in 1959, only to be twice displaced by development and gentrification. Their original home is now the site of the mixed-income housing complex Essex Crossing. She’s focusing her campaign on fighting against the privatization of the New York City Housing Authority, supporting tenants’ rights and fighting climate change.

“Having someone from public housing up in Albany will prioritize the most vulnerable, and prioritize low-income pockets of New York City and New York State,” she told The Village Sun.

A self-described “district kid turned community activist,” Sanchez divides her time between organizing with the climate change-focused Sunrise Movement and running the LES Mutual Aid network, which she founded in March 2020.

Sanchez says she was encouraged to run by her community.

“It was a decision that I made very closely with stakeholders in the 65th, with clubs and district leaders,” she said.

Previously, in 2017, she ran in both the Democratic primary and the general election for City Council District 2, which were won by Carlina Rivera. In the primary, Sanchez got about 4.5 percent of the vote, and in the general election, running on the Liberal Party line, she took 2 percent. She has also run for district leader in the past.

With more than a decade of experience in nonprofit management for local organizations like Henry Street Settlement, Sanchez most recently worked as a field organizer for Congressmember Alexandria Ocasio-Cortez, launching mutual-aid networks in NYCHA developments across the city.

She said she was also part of a group of activists tapped by AOC to write the Green New Deal for Public Housing at the federal level, which would invest $172 billion over 10 years.

“I’m gonna live by that bill for the rest of my life,” she said.

During the worst of the pandemic, Sanchez’s own network delivered 14,000 meals to 5,000 households in Lower Manhattan. That effort itself branched out into several mini food pantries.

“I think that is the most successful thing, that we have empowered a group of folks to do this and are working with them in collaboration and coalition,” Sanchez said.

In terms of campaign policy, Sanchez said she wants to “work on and pass a tenants’ bill for Section 8, [pass] good-cause eviction [if it isn’t passed already] and then work on policies on climate change, because the entire district sits on the waterfront.”

“Yes I’m for flood protections,” she said, referring to the debate over the hot-button East Side Coastal Resiliency plan. “But I do think that there should have been more thought in how they were going to roll this out, with tons of community input. At a C.B. 3 meeting there were 80 testimonies, 77 of them were against the destruction of the East River Park — that is resounding, that this project needs to be rethought.”

Sanchez is vehemently opposed to privatizing NYCHA — whether through the Rental Assistance Demonstration (RAD) or the Blueprint For Change.

“Public entities should not be private,” she said. “You should never enter into a public-private partnership. These are all the same structures, just packaged differently, renamed… . They thought it was cool to kind of like jazz it up with the ‘Blueprint,’ but it’s the same policies”

RAD is an Obama-era Housing and Urban Development program that transfers management of NYCHA developments to private companies, and automatically shifts all residents from Section 9 public housing into a Section 8 voucher program.

The program was first tried out at Ocean Bay Houses in Far Rockaway, Queens, where, according to an analysis by City Limits, the transition to private management led to higher rates of eviction.

The Blueprint For Change, which has also sparked the ire of residents, while leaving the developments under NYCHA’s management, still requires a shift to Section 8, and establishes a “ Public Housing Preservation Trust,” which involves taking out municipal bonds and investments by private banks.

“ You are putting the homes of 1 million people at risk, and that you cannot do. There has to be a better solution to this,” Sanchez said. Additionally, she noted, “It’s really important to acknowledge what you’re losing” by leaving Section 9.

“We’re federally protected,” she said of current NYCHA tenants. “We have our units, they are in a block, they’re not by apartments. We have access to Section 3, which is the employment part of HUD. And also we have the strongest tenant protections in New York State. We have the ability to organize into associations without approval from NYCHA. And when you’re converting from Section 9 to Section 8 — which is what RAD and the Blueprint are proposing — you’re losing your tenant protections.”

Sanchez said she would be proud to make history as the first NYCHA resident in the state Assembly.

“This is a prime time to imagine what the community can be like,” she said, “and then build toward the future, in coalition and collaboration.”