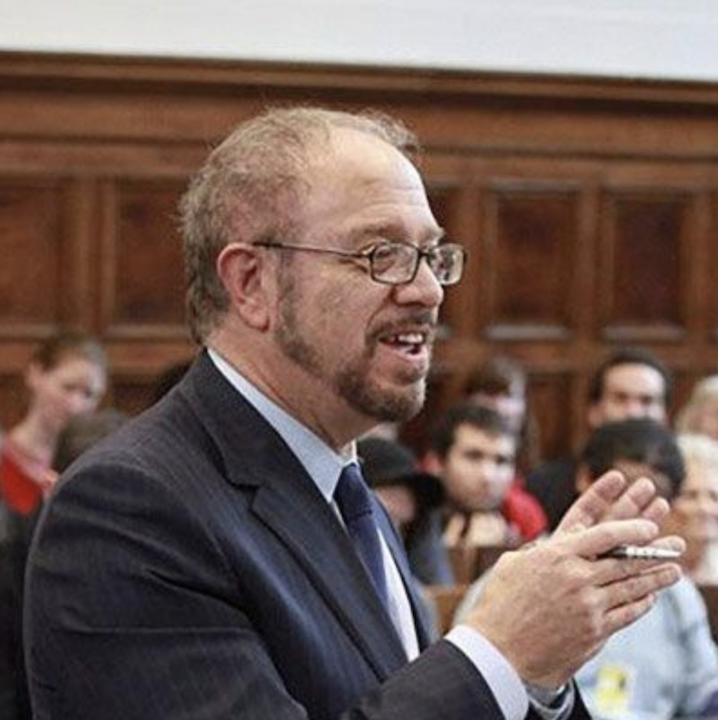 Arthur Schwartz speaking in court in 2011 on behalf of Occupy Wall Street. On Mon., July 20, he filed papers with the NYC Campaign Finance Board to run for City Council in District 3. (Courtesy Arthur Schwartz)

Arthur Schwartz on why he’s running for City Council

BY ARTHUR Z. SCHWARTZ | For several years I have played with the idea of running for the City Council in a part of New York City that I have lived in since 1981. I have mentioned it to many of the friends I have in Chelsea and the Village and always got a positive reaction.

But running is a big undertaking and I wanted to consider the issue carefully. I have a family with teenagers, a 98-year-old active mom, a law firm and lots of clients, many pro bono, who I must attend to. And I have always been sensitive to the fact that this Council district (the Third) was originally carved out to be a “gay district.”

I have never really fancied myself a “politician,” even though I have held elected party office in Greenwich Village and Soho since 1995. I have been a political activist since 1969, when I emceed a rally of 10,000 high school students in Central Park protesting the war in Vietnam.

I made a decision more than 40 years ago to be a lawyer, to be the guy behind the scenes who gave activists the tools to achieve their goals, whether it be to kick a corrupt union leader out of office, expose a discriminatory workplace and make the employer pay, close or stop construction of a nuclear power plant, keep development out of Hudson River Park, expand opportunities for people with disabilities, or address the refusal of city government to properly assess the impact of its decisions on their communities.

I am a democrat, with a little “d.” I believe in democracy. And as someone who grew up with a profound understanding of the Holocaust, I have been a student of the history and impact of slavery in the United States. And the mistreatment of my neighbors by government — whether it be the block associations who get ignored, or East River Park activists whose park is being destroyed, or tenants at Fulton and Chelsea Elliot Houses who got so little help during the pandemic, or Black and Hispanic students who are forced to endure substandard schools — rankles me.

The COVID-19 pandemic presented some stark realities. Not just about how easily I could get sick and die, but also about how important my family was, how much they and so many of my clients rely on me. During the pandemic, shortly after standing in front of Beth Israel Hospital and demanding that it reopen hundreds of closed beds, I more openly teased the idea of a potential City Council race out among clients, and friends, and the possibility of me running has been in the media.

I told the media that I would announce after the June 23 primaries, in which I had dozens of clients running for office this year who were challenging the establishment, like Mondaire Jones, who was elected to Congress in Westchester, or 24-year-old Khaleel Anderson, who won an Assembly primary in Queens.

I have decided to make it official. I am running and I filed my papers with the New York City Campaign Finance Board today, after interfacing with the N.Y.P.D. at a Black Lives Matter picket at the Federal Reserve.

Three events pushed me to make the announcement I am making today.

The first was the murder of George Floyd, the protest movement that developed out of it, and the potential to address systemic racism — and inequality — in our society and in our city.

The second was the utter failure of the mayor and the City Council to understand and act on the fundamental premise of the “Defund the Police” demand. It was not a demand to just shift some money around and hire fewer cops. It was, and is, a demand to restructure our priorities and address the root causes of crime in big cities — with better schools, better healthcare, better jobs, more opportunity and a police force that can see itself as a force for social change. Mayor de Blasio and Corey Johnson, men I have considered friends for many years, utterly failed to do what was needed and what is still needed.

And finally, there was the death of John Lewis. Back in 1972 I sat in an “occupied” building at Columbia University, willing to be arrested and kicked out of school as part of an effort to stop my alma mater’s involvement in the Vietnam War. I was inspired by John Lewis and other members of the Student Non-Violent Coordinating Committee. And when he died this past weekend, I remembered his words at President Trump’s impeachment hearing back in December: “Our children and their children will ask us, what did you do, what did you say?”

We are at, what I believe to be, a turning point in history. Not just a point when we will get rid of Trump. A point where our city and our country can take important steps to engage in fundamental change that can transform the future for our children (and I have four of them) and our grandchildren. I am talking about changes in housing policy, educational opportunities, employment discrimination, climate change, criminal justice and voting rights. Changes that can democratize New York and address the root causes of inequality.

The current candidate for the City Council seat, though a moral, personable and hardworking guy, is not going to break from his boss’s mold and provide the leadership our community and our city need. He is not someone who will march (with a mask) at the leadership of a protest. Or who will get himself arrested defending an elderly tenant. I am.

So I  am running. I will run a campaign based on ideas for change. Ideas for democratization of our city. Mobilization of our community for change. And, hopefully, coming out of the primary election next June 22, I will be one of a score of like-minded city councilmembers who will fundamentally turn New York City around.

I ask you for your support.

Schwartz is the male Democratic district leader for the 66th Assembly District, Part A, which includes Greenwich Village. He is a principal attorney at Advocates for Justice Chartered Attorneys.