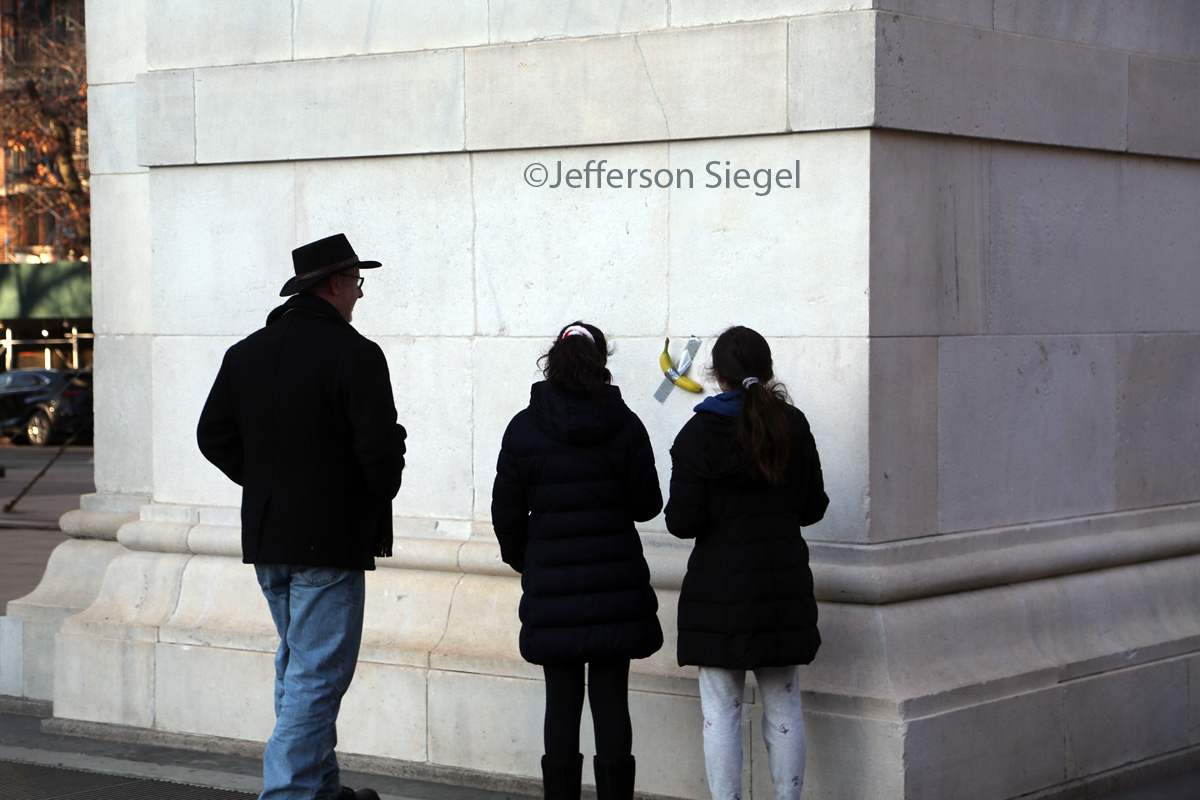 BY THE VILLAGE SUN | After a banana that was duct-taped to a canvas recently sold for $120,000 at Art Basel, parkgoers in Greenwich Village stopped to view an homage on the Arch  in Washington Square Park last Saturday.

The real “artwork,” titled “Comedian,” by Maurizio Cattelan, was bought by Miami art collectors Billy and Beatrice Cox. According to the New York Post’s Page Six, the purchasing pair are “acutely aware of the blatant absurdity of the fact that ‘Comedian’ is an otherwise inexpensive and perishable piece of produce and a couple of inches of duct tape.”

Nevertheless, the buyers were moved by the “public debate [the banana] sparked about art and our society… . We knew we were taking a risk,” they said, “but we sense that Cattelan’s banana will become an iconic historical object.”

In short, the fruity farce, which they dubbed “a unicorn of the art world,” has “morphed into an important debate about the value we place on works of art and objects in general,” they said.

The Art Basel piece was actually sabotaged by two performance artists who ate it — and spray-painted “Epstien [sic] didn’t kill himself” across the wall where the banana had been, Page Six reported.

Speaking of morphing, to ensure that the pricey plantain will be “accessible to the public forever,” it will be replaced every other two days, “when it’s ripe.”

Believe it or not, there are actually two more editions of the piece out there — assuming no one has eaten those bananas yet.

Given all the hype about this “important art world unicorn,” can you blame the photographer who snapped pictures of the banana taped to the Washington Square Arch for watermarking his photos?