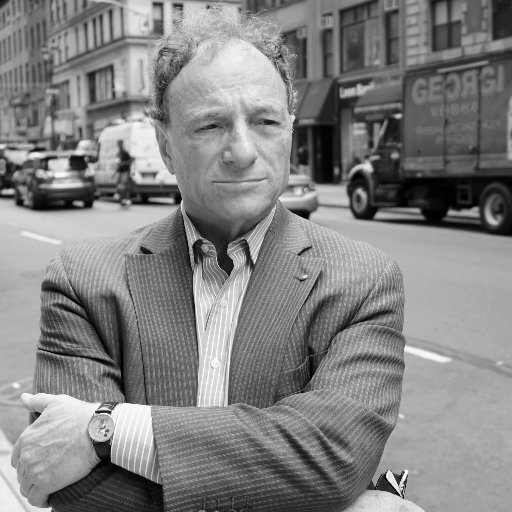 That’s how veteran political strategist Hank Sheinkopf describes the newly drawn 10th Congressional District, which has a crowded field of candidates vying in the Aug. 23 Democratic primary election. The district stretches from 14th Street in Manhattan, through Brownstone Brooklyn and all the way out to Red Hook and Borough Park.

“This is the grand experiment in New York City democracy in 2022,” Sheinkopf said. “It’s the ultimate polyglot in New York City. It’s got rich, poor, middle income, Latinos of all kinds. It’s got public housing, very expensive brownstones, Orthodox Jews, Asians, gay people and straight people. Someone will win and [then] they’ll [all] fight to get funding.”

Sheinkopf initially thought Bill de Blasio was a major “player” in the 10th District primary, but the former mayor’s political star has dimmed. Polls ultimately showed him toward the back of the pack.

“De Blasio was a player until he left [the race],” Sheinkopf maintained. “‘The final stroke was the left rejected him — the Working Families Party, 1199 [health workers union], whatever’s left of the left.”

The W.F.P. is backing Yuh-Line Niou while 1199SEIU is supporting Carlina Rivera.

“He brought them back into power, back into City Hall,” the consultant reflected of De Blasio and the resurgent left. “They told him to go away.”

Sheinkopf, who has been handicapping the race for The Village Sun, continues to argue that this primary will mostly be determined by the candidates’ and voters’ views on larger social issues, such as abortion, as opposed to heated but local issues, like the East Side Coastal Resiliency project and the bulldozing of East River Park to rebuild it as a gigantic levee.

On that note, Sheinkopf said Dan Goldman “screwed up” when the candidate last month admitted to having “misspoken” about abortion during an interview with Hamodia, a Jewish publication.

When asked by the Hamodia interviewer if he would support a state law barring abortions after a fetus is deemed viable, Goldman said, “I would not object to that.” However, after a whispered consultation with an aide, Goldman changed his answer to: “I think that my personal views on the termination of pregnancy are secondary to the right of a woman to make the decision about a pregnancy herself.”

Meanwhile, Rivera got tripped up during her own Hamodia interview, when asked “if she’d ‘support a religious exemption’ for a scenario in which ‘there’s a progressive social value you believe in,’ such as a hypothetical Brooklyn venue with ‘Biblical values’ refusing to host a wedding for a same-sex couple.”

“I think that a religious exemption is certainly something that I would consider when it comes to certain pieces of legislation,” Rivera responded. “I’d be willing to explore that and do it on the federal level.”

However, a Rivera campaign spokesperson subsequently walked back the candidate’s comments, clarifying that Rivera would not support religious exemptions for anti-gay businesses.

The Hamodia reporter pressed Rivera on her position on abortion, repeatedly asking her, for example, when she thought life begins, which Rivera would not answer; the councilmember was unwavering in support of a woman’s right to choose. Earlier this month, she issued a press release titled, “Carlina Rivera Condemns Republican Abortion Rollback Efforts in Kansas and Indiana.”

As they also both told Hamodia, Goldman and Rivera do not support the Boycott, Divestment, Sanctions movement against Israel, with Goldman slamming the campaign as outright anti-Semitic.

“The B.D.S. movement is an anti-Semitic movement that I oppose vigorously,” Goldman stated.

Niou, on the other hand, publicly supports B.D.S.

In an interview with Jewish Insider last month, Niou said, “I believe in the right to protest as a fundamental tenet of Western democracy, so I do support B.D.S.”

Sheinkopf, a proud supporter of the Jewish state, said, “To boycott Israel and you purposely go out of your way to protest a country — what else do you say? The new anti-Semitic trope is B.D.S.”

Niou did not respond to a question from The Village Sun asking about her support for B.D.S.

Sheinkopf added that past critical comments by Niou about police also might not sit well with Asian voters, many of whom are concerned about public safety.

“Asian voters — policing is important to them,” he noted.

Jones previously called for defunding the police after George Floyd’s death. However, he has now adopted a more nuanced position.

Rivera also supported shifting funding and personnel away from the New York Police Department after Floyd’s death — though voted against the budget in the City Council in July 2020, feeling that it did not go far enough toward those efforts or police reform, in general.

As for another candidate in the District 10 race, Jo Anne Simon, the strategist had good things to say about her, but also some doubt about the Brooklyn assemblymember.

“She’s smart. She has a record,” he noted, though adding, “When was the last time she had a competitive race?”

Sheinkopf added approvingly of former Congressmember Liz Holtzman, “The country could use her now — because she knows how to fight for freedom.”

Just as the outcome in the District 10 race is hard to predict, the same goes for the new Congressional District 12, which covers Manhattan north of 14th Street. That Democratic primary pits two veteran D.C. incumbents, Jerry Nadler and Carolyn Maloney, against each other, along with Suraj Patel, who has run strong campaigns against Maloney in the past, when the district still included parts of Queens and Brooklyn.

“It is about turnout — who is going to turn out on the fourth week in August,” Sheinkopf said. “Anybody could win that race. The New York Times will be very important in that district.”

He said that both congressional races are characterized by “voter confusion” over whom to vote for, and so many voters will be looking for a signal to help them decide.

“These two races,” he said, “the Times editorial will be important.”