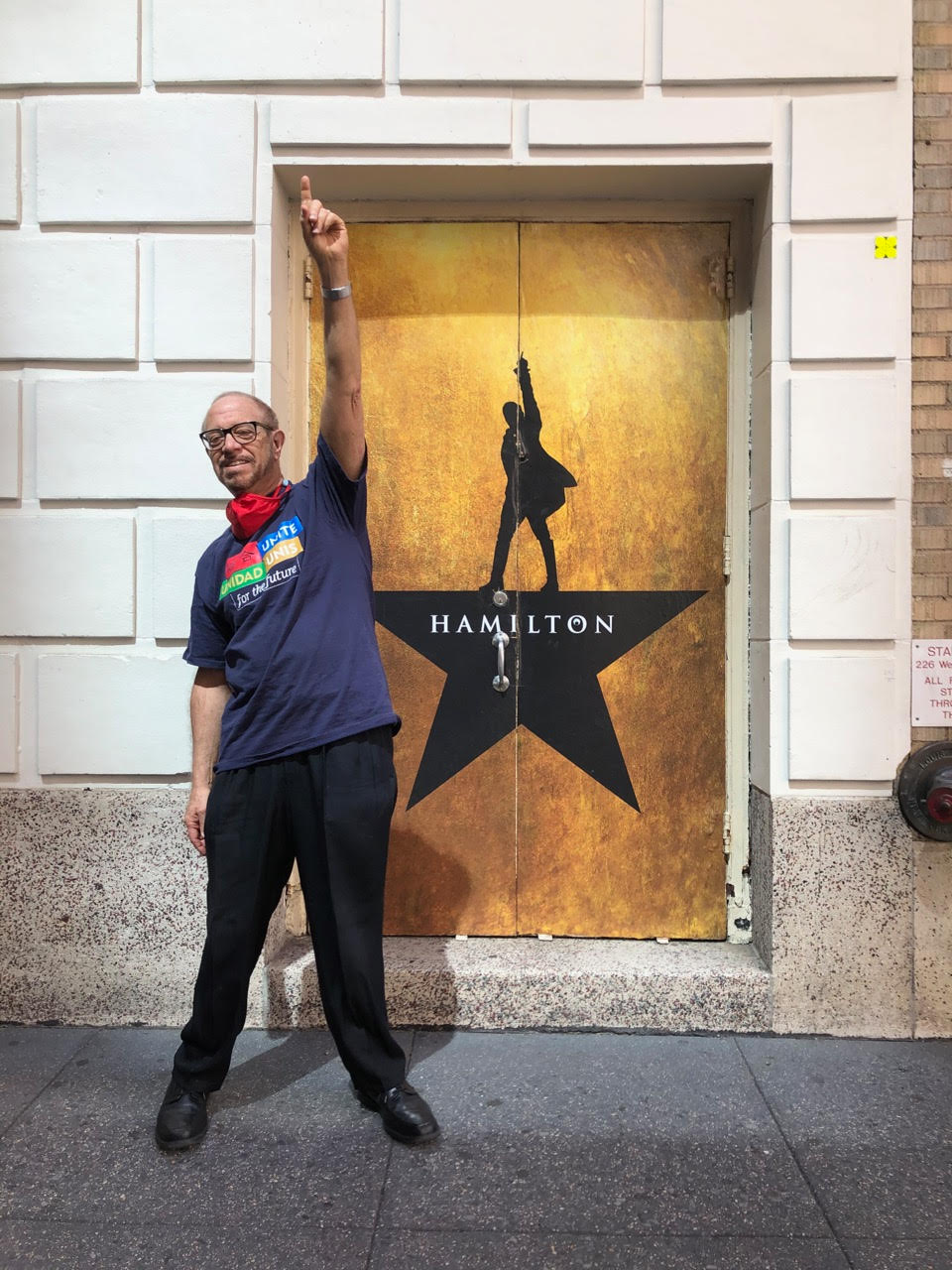 14th St. busway battle not over; Schwartz to call for free fare

BY THE VILLAGE SUN | Transit ridership in New York City is still way down due to the pandemic, but the battle of the 14th St. busway rages on.

Village attorney Arthur Schwartz — who is running for City Council in District 3 — has been continuing his legal effort to roll back the car-banning plan. Although a community lawsuit he spearheaded against the transit scheme lost in court in September, Schwartz filed an appeal in May.

According to Schwartz, however, the city’s Department of Transportation has now pulled a “sleight of hand,” arguing that the lawsuit was filed against a pilot program while the busway is now, in fact, permanent.

Indeed, in June Mayor de Blasio unilaterally decreed — just eight months after the busway’s launch, with more than three of those months during the pandemic slowdown — that the busway was no longer an 18th-month pilot project subject to community review but here for good.

So, on that basis — that the 14th St. busway is now officially permanent — D.O.T. has filed a “motion to dismiss” the appeal, contending the lawsuit is moot, the attorney explained.

Schwartz counters that the community alleged from the start that the city, despite its public posturing, always planned to make the busway permanent. Yet, he and the plaintiffs now have to decide if they will refile the appeal, which could add another six months onto the process.

Meanwhile, Schwartz said traffic is still way down in the Village as the city has not fully emerged from the pandemic.

“At least on my side of 14th St. there is still very little traffic,” he said. “Pre-COVID conditions seem far off. Even though subway use is way down, most people seem to be just working from home. My office building [near City Hall] is empty. I go in only one day a week, basically to bring files back and pick up new ones.”

The Village and Chelsea plaintiffs fear the busway — which bans cars on 14th St. from 6 a.m. to 10 p.m. between Third and Ninth Aves. — will flood neighboring streets with diverted traffic. Back in January, before the pandemic hit, residents living around University Place and 12th and 13th Sts. said the new transit scheme, then just four months old, was causing terrible congestion and honking in their area.

As the plaintiffs and Schwartz now consider their next steps on the lawsuit, there are some related major transit issues he’s also advocating for.

For one, Schwartz plans to call for a return to free bus fare. For five months during the pandemic, the Metropolitan Transportation Authority did not charge riders, only reinstating the bus fare on Aug. 31. The reason for forgoing using fare boxes was that drivers needed barriers installed to protect them from infection by passengers.

“Very screwed up,” he said of reimposing fares. “In the realm of their losses, the bus fares only cost them about $180 million per year.”

The attorney can speak with authority on M.T.A. budgetary issues since he is the longtime special assistant to the president and special counsel for Local 100, the city’s Transport Workers Union.

“If they really believe in a busway, and if it is designed to help working people, then make the buses free,” Schwartz declared.

He plans to hold a press conference next Tues., Sept. 15, at noon at the corner of Fifth Ave. and 14th St. at which he’ll demand a return to the zero fare, plus make a couple of other demands of the M.T.A.

Among them, he’ll call for the restoration of the M14 bus shelters and bus stops that were removed at the corner of Fifth Ave. and 14th St. (eastbound), and in front of the Victoria apartment building (westbound).

“West of Avenue A, these two seem to be the most missed bus stops, and their loss seriously affects the disabled and the elderly,” Schwartz noted.

On top of that, the attorney added that he is also reviving the “slow-moving suit” that he previously filed to restore all the local stops that were removed on the M14 route when it was converted to Select Bus Service. That suit has been “frozen” because of the court shutdown from March through July, he noted.

Finally, following up on the settlement of a separate lawsuit he brought, Schwartz will also demand a “public reaffirmation” of the agreement disabled advocates won from the M.T.A. back in 2018 to build handicap-accessible elevators at Sixth Ave. and 14th St. for the F and L subway lines.

“The M.T.A. has operating budget problems, but its capital budget is funded,” Schwartz said. “We have to push on this.”