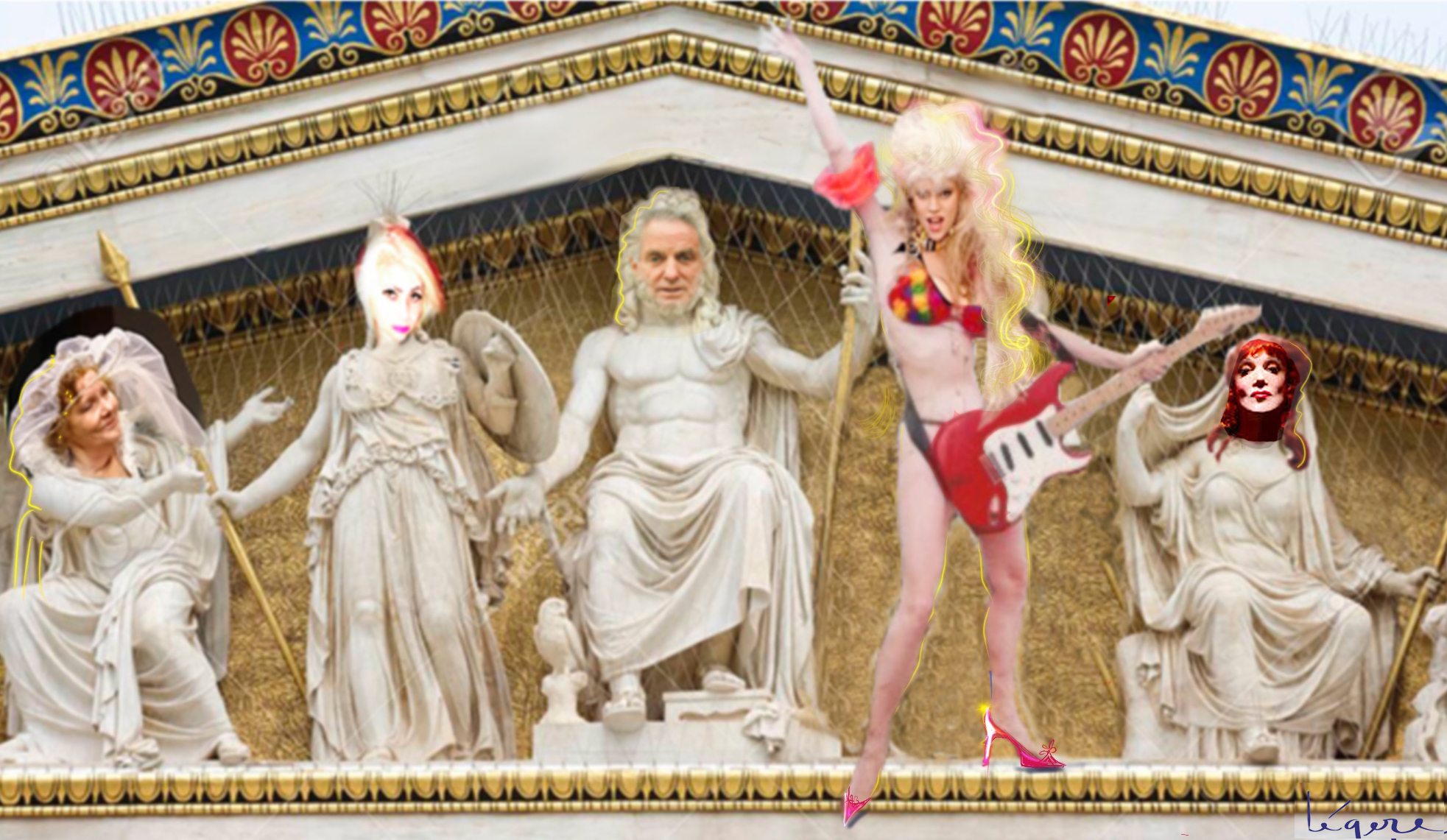 In the highlight of the Lower East Side Festival of the Arts, a group of "LES Art Immortals" will perform and then hold an online panel discussion on the question, "Where do we go from here?" (Courtesy Theater for the New City)

Zooming to you soon: The Lower East Side Festival of the Arts

BY THE VILLAGE SUN | And now for something completely different. …

New York State may still be on “Pause” — but Theater for the New City is still humming…though in a new way.

Crystal Field and the East Village artistic hotbed will be presenting the annual Lower East Side Festival of the Arts, from May 22 to May 24, on their virtual stage — that is, your desktop or laptop computer, tablet or smartphone.

“Come Zoom with us!” they say, inviting one and all.

Performances will begin each of the three nights at 8 p.m.

Most of the festival will be pre-recorded, a mix of videos of mostly recent TNC performances, along with new videos created especially for the festival.

The highlight, on Sat., May 23, at 8 p.m., will feature a Lower East Side all-star cast in an online performance dubbed “The Mt. Olympus of LES Love.” The all-stars — who will each do performances of under 10 minutes — will include Charles Busch, Phoebe Legere, Penny Arcade, Austin Pendleton, David Amram, F Murray Abraham and William Electric Black. This will be followed at 9 p.m. by a live Zoom “summit meeting,” as the “seven LES Art Immortals” will discuss art and politics and deliberate on the (hopefully) post-pandemic question “Where do we go from here?”

In addition, state Senator Brad Hoylman and Councilmember Carlina Rivera will give remarks (pre-recorded). More politicians may also join the production. Other featured speakers include columnist Michael Musto and Frances Key, the great-granddaughter of Frances Key, author of the “Star-Spangled Banner.”

For more information and the festival and log-in details, visit the TNC Web site.

The Village Sun caught up with Crystal Field, the theater’s co-founder and artistic director, in a phone interview at her Upstate trailer, where she was on a very brief hiatus, getting some writing done for upcoming Theater for the New City productions. She planned to come back later that day to New York City, where she lives on the Upper West Side.

“There’s going to be some really great stuff,” she said of the festival.

A lot of the videoed performances are from this past year, according to Field. For example, Legere will perform her “Blue Canoe” piece that she performed at TNC’s Love ’N’ Courage benefit at The Players Club just before the city started to lock down for coronavirus.

Another highlight is Kathy Shaw’s piece about a caged bird.

“Some of them are as good as ‘Saturday Night Live,’” Field said of the recorded performances.

“Live is always better but a lot of people put a lot of work into this festival,” she said.

Field usually has three technicians helping with the festival, but with all the digital tech work required for this version, this time she has seven.

Similar to what the panel of “art Olympians” will be pondering on May 23, Field herself is wondering about what comes next. The device she was talking into will no doubt play a role.

“I don’t know what the future of theater will be,” she said, “but I’m sure we will incorporate the use of this  —  the iPhone — in theater. But live theater, nothing in the world can replace it.”

Off-Off Broadway theaters are being told, when they reopen, to keep their audiences at 50 percent capacity. But Field said that shouldn’t be a problem for small theaters on most nights.

“If you have 50 percent capacity every night, you say, ‘Hurrah! Hurrah!’” she quipped. “You won’t have any problems following the rules.”

Most of TNC’s theater spaces have movable seating, and some seats have already been removed, so that there will be more space between audience members when shows resume. But with the safety gained from that social distancing, something also will be lost from the audience experience.

“Being close, you feel the feelings of others,” Field noted.

Even more of a worry for her is the impact on the actors, in terms of their physical interactions — or, rather, lack of them.

“What I am concerned about is the show,” she said, “no hugging, no kissing, no punching, no fighting.”

As for when the theater will be allowed to reopen, Fields said, “They’re talking about June. They don’t know [for sure].”

In addition, the theater is a polling site for the New York primary election slated for June 23.

Meanwhile, Field is already starting work on TNC’s annual touring street theater production, scheduled to begin performances Aug. 1. Titled “Liberty or Just Us,” the show will be a mix of oldies and folk songs, plus a few new ones, with an actual city Parks Department worker playing the role of hero. Field has a couple of Parks managers in mind for the lead.

The hope is, as usual, to present it — live — at 13 different parks, such as Tompkins Square and Washington Square and Central Park.

Still, there’s no guarantee they’ll be able to perform in a group together outdoors.

TNC also is continuing to do live Zoom readings of new works on Thursdays. May 14 was “Hamlet on Hudson” and May 28 will be “Ella the Ungovernable,” about famed jazz singer Ella Fitzgerald when she was a 15-year-old.

Field is hoping that by the end of August they will be able to do an indoor event — the Dream Up Festival — while observing the 50-percent capacity guidelines.

The theater has bought a no-touch thermometer to take the temperature of everyone before they enter.

While getting past the coronavirus pandemic is a huge problem, there’s an even bigger one in D.C., Field said. Namely, President Trump and his push to reopen the economy.

“This president, he is out of his mind,” she said. “He’s a monkey on our back. He’s not wearing a mask. I mean, come on, how dare he? … And old people, they should die, too, then they can lower the Social Security.”