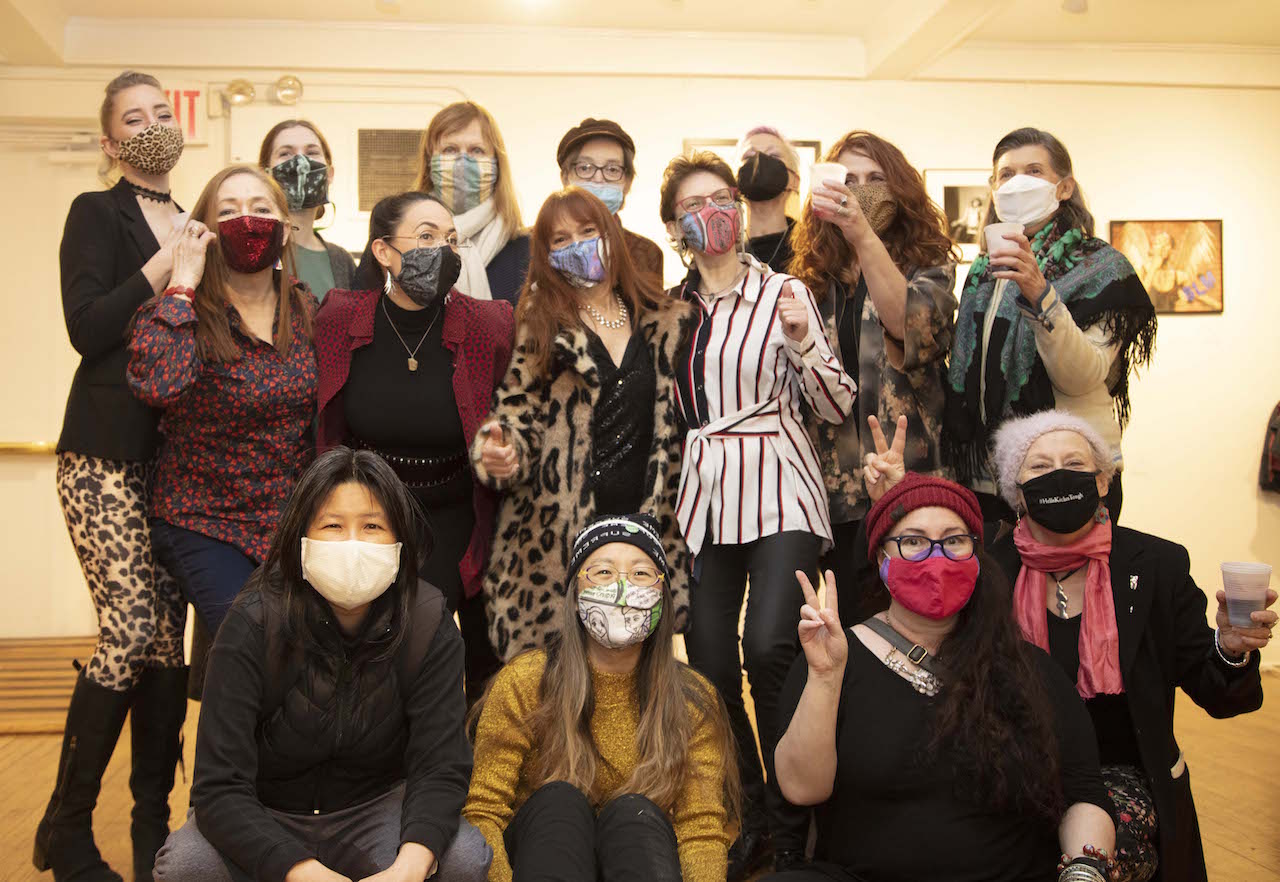 Artists at the closing night of the "Spring Forward" exhibit. (Photo by Andrea Young)

BY THE VILLAGE SUN | Women have the power. And they have the art, too.

Fifty women artists from around the globe recently showed their work at the “Spring Forward” exhibition at St. John’s in the Village’s Revelation Gallery, at 224 Waverly Place.

The event, which ran during March, was co-curated by Arantxa X. Rodriguez and Heidi E. Russell. The Village Sun went by on closing night and got photos of some of the artists with their works that they had taken down off the wall.

It was the perfect time for the show since March is International Women’s History Month.

The International Women Artists’ Salon, which Russell founded in 2003, was the event’s sponsor.

Half of the artists in the show were from IWAS and the other half are artists that Rodriguez brought to the exhibit. The artists, who hailed from 23 different countries, ranged in age from art-school students up to 89.

Russell, who lives in the West Village Houses, and Rodriguez, who is from Mexico City and attended the School of Visual Arts, first met two years ago at an open studios event in Chelsea.

They hope to make the co-curated women’s exhibit an ongoing annual affair, possibly even held in multiple cities.

Due to the pandemic, in addition to an actual opening, the exhibit also created a virtual opening on video, in which each artist described her piece on display. Village pianist Hannah Reiman performed at both the opening and closing nights.