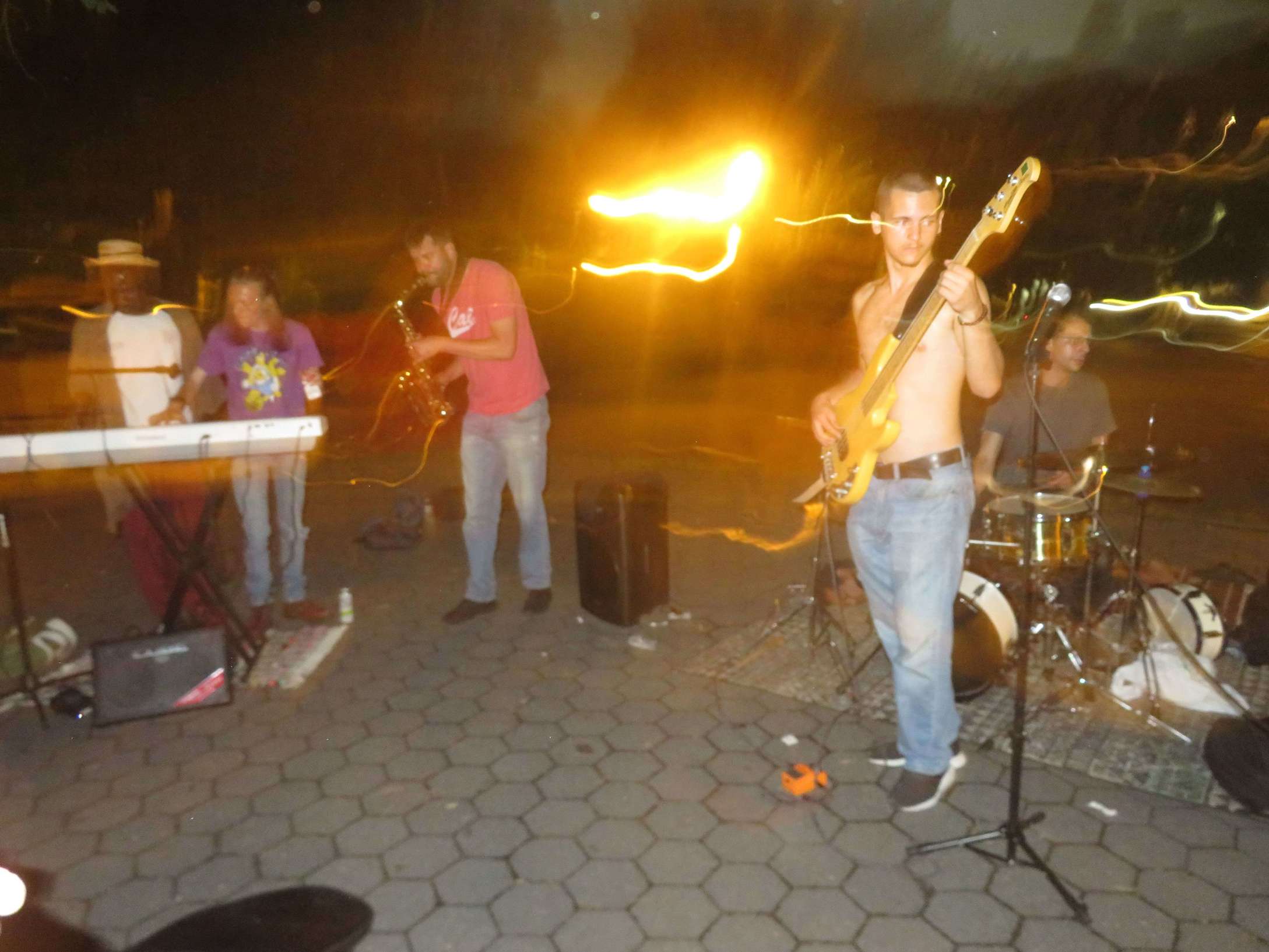 If You Give Us Money We'll Take It, a band that often plays in Washington Square Park, was instead in Tompkins Square Park early Saturday morning after the former had been closed by police at midnight. (Photo by Everynight Charley Crespo)

BY LINCOLN ANDERSON AND EVERYNIGHT CHARLEY CRESPO | All quiet on the Washington Square front.

Police emptied out Washington Square Park on Friday night around its midnight closing time without incident.

Captain Cedric Green, the Sixth Precinct’s executive officer, was in charge of the park’s police detail this night.

“It went smoothly, thank God,” he said, speaking around 1 a.m. He said a few parkgoers had “engaged a bit more than others” with the police as they were clearing the space, but that it had been nothing too serious.

Around 2 a.m., a dance party with amplified sound was happening outside Niagara bar, at the southeast corner of E. Seventh St. and Avenue A. Queuing up the tunes was a deejay with a portable amplifier who was a mainstay of the Washington Square rave scene.

Also, across the street, inside Tompkins Square Park some of the musicians who normally used to jam in Washington Square Park until recently were playing, on drums, keyboards, saxophone and more.

There was a police car in the park but the officers were not doing anything about the amplified jams. At one point the squad car moved forward a bit, but just to allow the park gate to be closed.

A staple of pandemic dance parties, rolling amps continue to be in vogue. Earlier, around 1:30 a.m., a crowd was hanging out in front of the pizzeria on University Place at 13th St., listening to Drake’s “Contralla” pumping from a portable amp in a cart. The music was not too loud — but that was probably because there were a bunch of police standing nearby on the corner and also a couple of officers talking to the doormen at Bar 13 across the street.