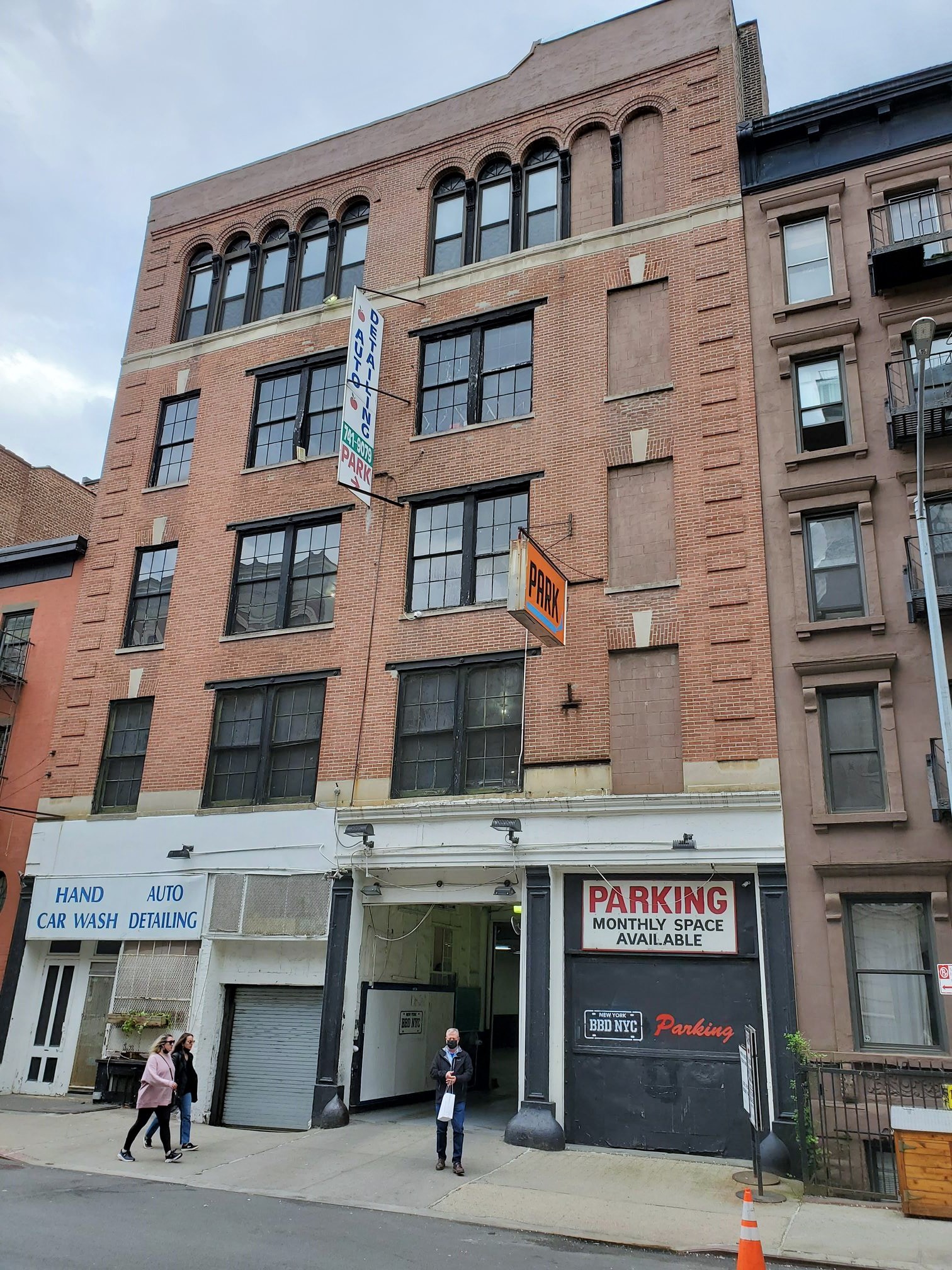 From transportation to habitation: A new owner plans to residentially convert a parking garage on W. 11th St. (Photo by The Village Sun)

Where Model T’s once parked, a new mega-mansion is coming down the pike

BY THE VILLAGE SUN | The Village will be losing another garage — and gaining another mega-mansion.

The historic five-story garage at 332 W. 11th St. was sold in December for a hefty sum and plans are apparently to residentially convert it into a single-owner residence.

Two attendants at the garage, between Washington and Greenwich Sts., on Tuesday confirmed the building’s sale (which is also confirmed on Property Shark) but said that it will be a little while before the structure is transformed.

One of them said the project will happen “in a year or two.” The other said “in two or three years.”

The 25,000-square-foot garage is part of the landmarked Greenwich Village Historic District, so is protected from demolition. The building was constructed in 1905, just 12 years after the first gas-powered automobile was produced in America and three years before the first Ford Model T rolled off the assembly line.

The second attendant, after stepping out of a vintage black Camaro he had just pulled out in front for a customer, indicated the job will be a gut-rehab and the external facade will be preserved.

According to Property Shark, the sale price was $26 million.

As for the buyer’s identity, the attendant did not have his full name.

According to Department of Buildings records, in 2008 a neighbor across the street lodged a few complaints about lights from the garage shining “too brightly” into her living room and bedroom at night. In September 2003, it was reported that a man fell down an elevator shaft in the place.

The block, between Washington and Greenwich Sts., features quaint spots like 11th St. Cafe and Turks & Frogs wine bar. It will eventually get a bit quieter once the garage is gone. But one neighbor anticipated the construction work is going to be noisy.

The palatial project will be part of a trend. Just a block to the south on Perry St., work is ongoing on an all-new six-story mansion for Steve Cohen, the Mets owner and billionaire hedge-funder.