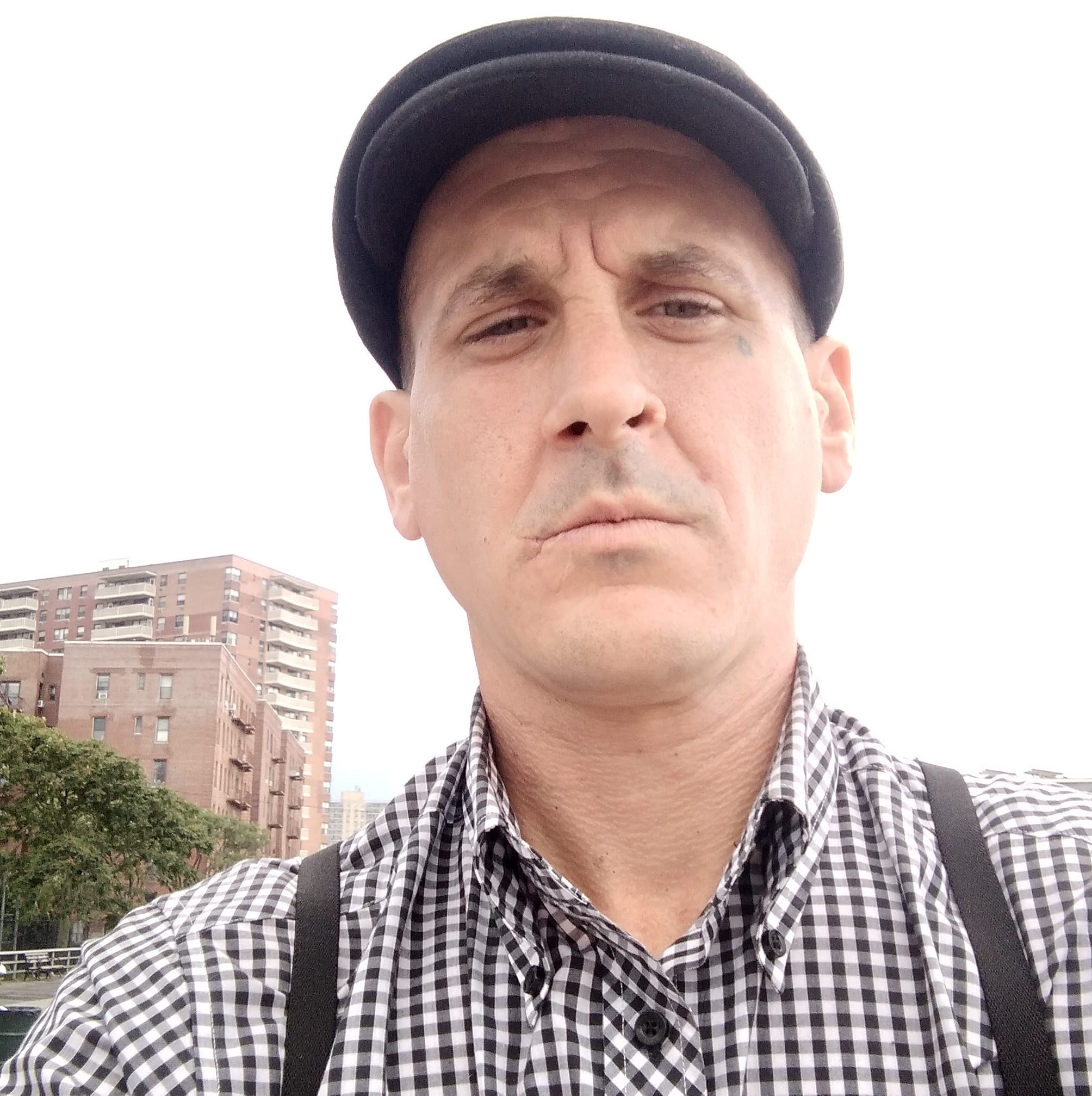 Were a ‘bad shot’ — and a bad actor — to blame for man’s death in Tompkins Square Park?

BY LINCOLN ANDERSON | The man found dead on a bench in Tompkins Square Park more than a week ago was a regular who went by the nickname “Toasty.” He was known as a protecter of younger, vulnerable people in the park scene.

However, the cause of his death remains shrouded in mystery, as some tell it. Specifically, “word on the street” is that the victim was given a “bad shot” by someone — who then coldly left him there to die.

Police identified the deceased man as Kevin Kleber, 39, of 772 Jefferson Ave., in Bedford Stuyvesant, Brooklyn. He was found lying on a bench, with drug paraphernalia underneath his body.

According to a police spokesperson, Kleber’s death is “not being investigated criminally.”

One of his two Facebook pages says Kleber was originally from Ridge, in Brookhaven, Long Island. According to the same Facebook page, it sounds like he was formerly a crusty punk traveler.

“House life is nice but it gets boring,” he posted in November 2019. “At least im home in NYC so i dont have to see/hear freight trains all the time like when i lived in norfolk a few years ago. … I rode [trains] a little over a decade but the older i get the more i like house life.”

He worked as a mover at Teamsters Local 814. It was his girlfriend who got him to settle down and come indoors, he said.

“She got me off the streets and now I recently just got into the teamsters union so im doin alright,” he wrote in the same Facebook post.

What is still unclear, though, is the official cause of Kleber’s death. The Village Sun has reached out to the Office of the Chief Medical Examiner for an explanation, though sometimes the final report can be a long time coming.

In the meantime, some say it’s a particularly dark and shameful story. Chris Flash, the publisher of The SHADOW, the local anarchist newspaper, said that, basically, the word going around is that someone gave Kleber — who might have already been intoxicated — a deadly shot, but then did nothing to try to save him.

“He was a very, very good guy,” Flash said of Kleber. “He was known by the nickname Toasty. He looked out for young women hanging in the park to make sure they weren’t abused or taken advantage of. He was like a big brother to younger people in the park — male and female — like an uncle kind of guy — because there are a lot of predators out there.”

He said he heard Kleber first started hanging out in the park around 2007.

“He went to a lot of hardcore [punk] shows,” Flash added. “He was known on the scene. He looked like a tough guy, but he wasn’t a ruffian. Very, very nice guy.

“The word on the street,” The SHADOW publisher said, “is that someone gave him an injection of some substance — I don’t know what it was. The person who gave him the shot didn’t give him Narcan [used to counter an opiod overdose] to save him and didn’t call 911 to get an ambulance. He just put a sheet on him and walked away.

“I was told that his body was still warm when he was found,” Flash said. “If he wasn’t covered by the sheet, Kevin’s life could have been saved. Toasty could still be with us. Many friends we know carry Narcan packets with them. He could have been revived. Someone without Narcan seeing him on the bench could have called 911. But people passing by may have thought he was sleeping on the bench, with a sheet covering him, like a homeless guy. He was a nice guy. He did not deserve this.

“Maybe he was drunk and somebody said, ‘Try this,'” Flash speculated. “Maybe that person injected him, rather than him shooting up himself. … The police will not bother to investigate because, to them, it’s just an open-and-closed case in their view, just another junkie overdose in the park. … He wasn’t some anonymous junkie found in the park. He was not that person. He had friends and people that cared about him.”

Flash said Kleber was known to smoke cigarettes, drink beer and “maybe some pot,” but he didn’t believe he was an injection drug user. Some of Kleber’s Facebook pages show him inhaling from a bong.

As for the person who allegedly gave Kleber the bad shot, Flash said, “I’m told it’s a male. … They know who he is,” he said, apparently referring to other park regulars. “Whoever this person is, he deserves whatever level of street justice is unleashed upon him,” the anarchist publisher declared.

Regarding the sheet that was covering Kleber, however, it’s also conceivable that it was left by first responders.

In overdoses and suspected overdoses nowadays, the first thought is whether fentanyl was involved. A few granules of the superpowerful opiod — less than a pinch of salt — is enough to kill.

Flash said he doesn’t get why people would risk their lives toying with the deadly drug.

“People feel it’s worth the risk,” he said, “because they want the additional high.”

One of Kleber’s Facebook pages sports photos of him with a flag and logos for Skinheads Against Racial Prejudice, or SHARP.

One week ago, Maya Ifrah posted on his page: “hope ur still punching nazis in the big sky.”