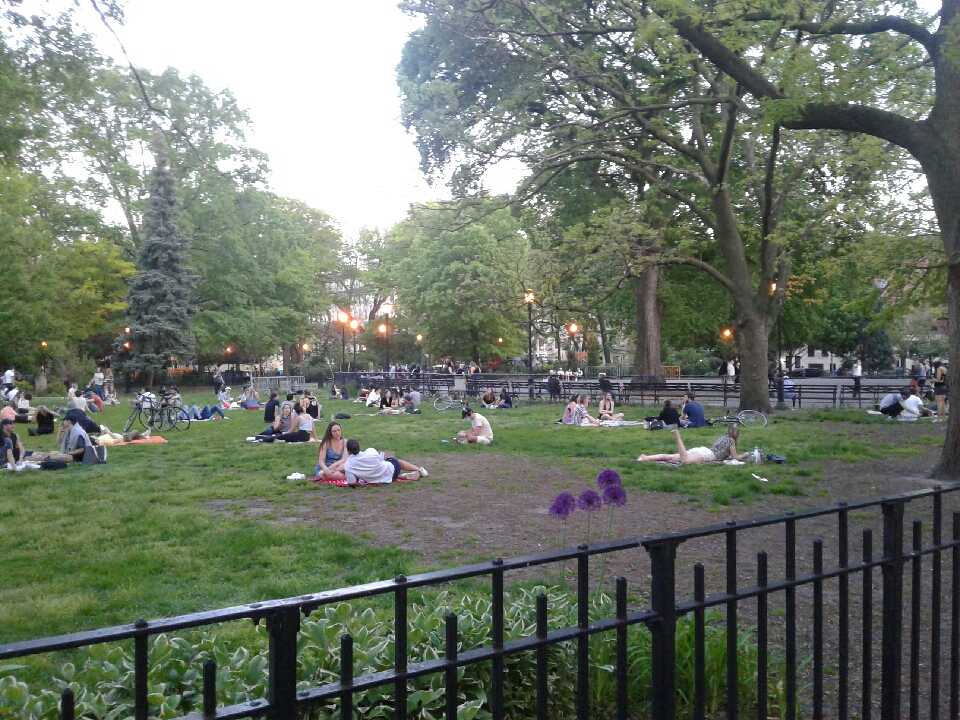 BY THE VILLAGE SUN | A man was found dead in Tompkins Square Park on Sunday morning in what sounds like it might have been an overdose — with drug paraphernalia reportedly found underneath his body.

According to police, officers responded on Aug. 28 at 8:17 a.m. to a 911 call of an unconscious person inside the park. Officers found a man in his 30s there who was unresponsive.

E.M.S. medics pronounced him dead at the scene.

A police spokeswoman told The Village Sun that the person was found lying on the bench, after having possibly “fallen over” into that position. She said he was lying on top of drug paraphernalia “that may have played a role” in what happened to him.

The spokeswoman did not specify the type of drug paraphernalia, such as if it was a syringe.

The city’s medical examiner will determine the cause of death. So far, the M.E. has not deemed it a homicide. It’s also possible, the spokeswoman noted, that the cause of death could have been from “underlying conditions.”

The police investigation is ongoing.

The victim has not been publicly identified yet — whether because he lacked ID or the police have been unable to notify his family members first, it was not clear.