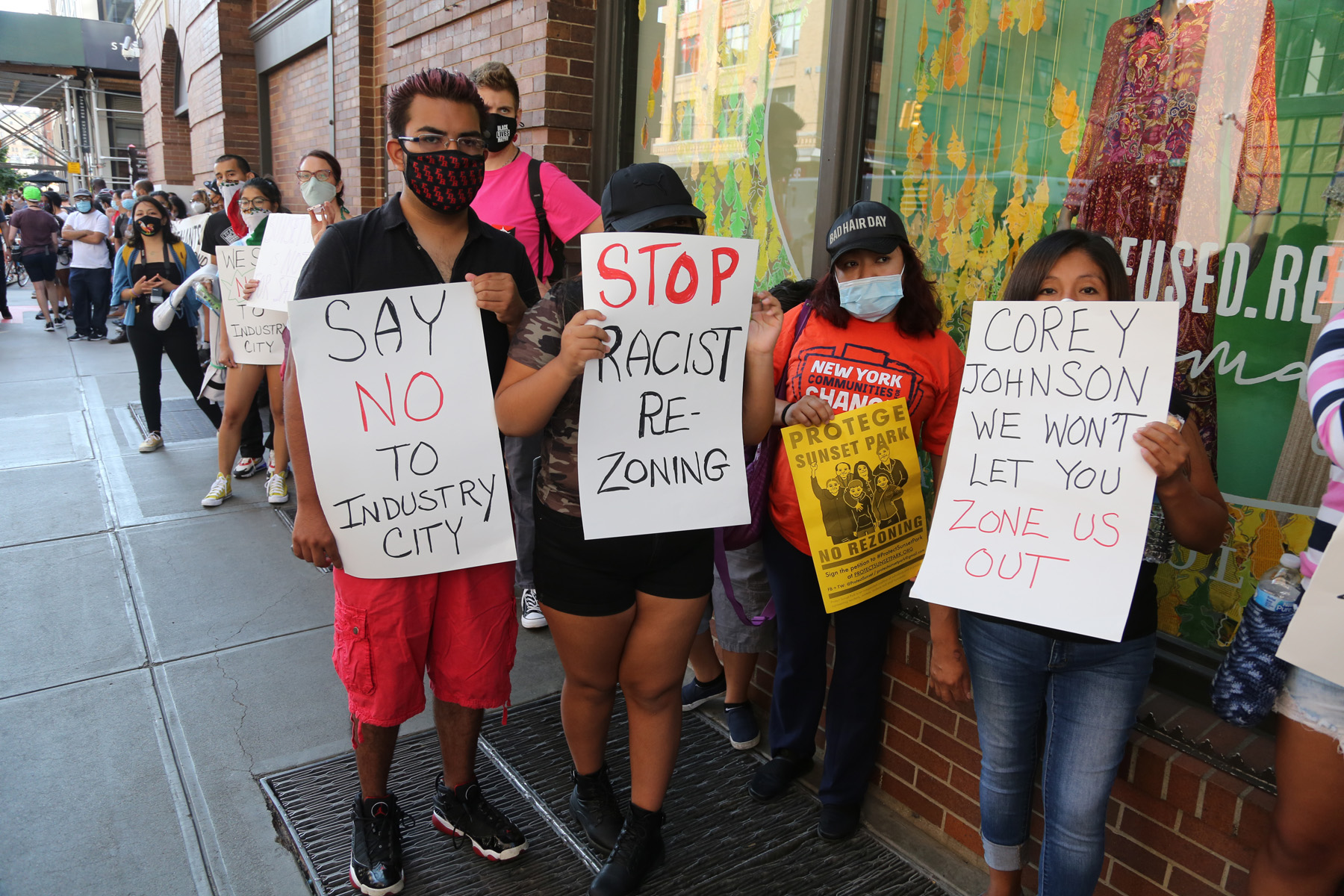 BY JEFFERSON SIEGEL | Labor Day was no holiday for housing activists who turned out in large numbers to protest the displacement of communities of color.

A hundred people gathered outside Chelsea Market, just up the street from the Apple Store and down the street from the New York City Housing Authority’s Fulton Houses, to call on city government and, in particular, City Council Speaker Corey Johnson, to halt the gentrification overwhelming neighborhoods. A large Brooklyn contingent of residents chanted, “Sunset Park is not for sale!”

To chants of “You displace us, we’ll displace you,” the crowd, briefly accompanied by about a dozen police officers, marched across W. 15th St. to the home of Johnson. There, for more than an hour, one after another took the bullhorn to call out the Council speaker for his housing policies.

“Our community has been fighting the pandemic of racist rezonings,” one said, adding, “We can’t afford another de Blasio.”

She was referring to Johnson’s campaign for mayor.

Another’s voice boomed out, “Any rezoning without community input is illegitimate, corrupt and racist.”

Jacqueline Lara, a longtime local resident, stood off to the side listening.

“I want to stay in Fulton [Houses],” she said. “I’ve been there 20 years. I want to fix it without involving developers.”

Before the pandemic hit, the de Blasio administration was pushing ahead with a RAD (Rental Assistance Demonstration) plan for the Fulton Houses, under which two of the complex’s low-scale buildings would be razed and replaced with a pair of high-rise mixed-income towers. Another building would also be constructed for NYCHA residents displaced by the construction project.

A Johnson spokesperson declined comment on the protest outside the speaker’s house, as well as gentrification caused by rezonings.