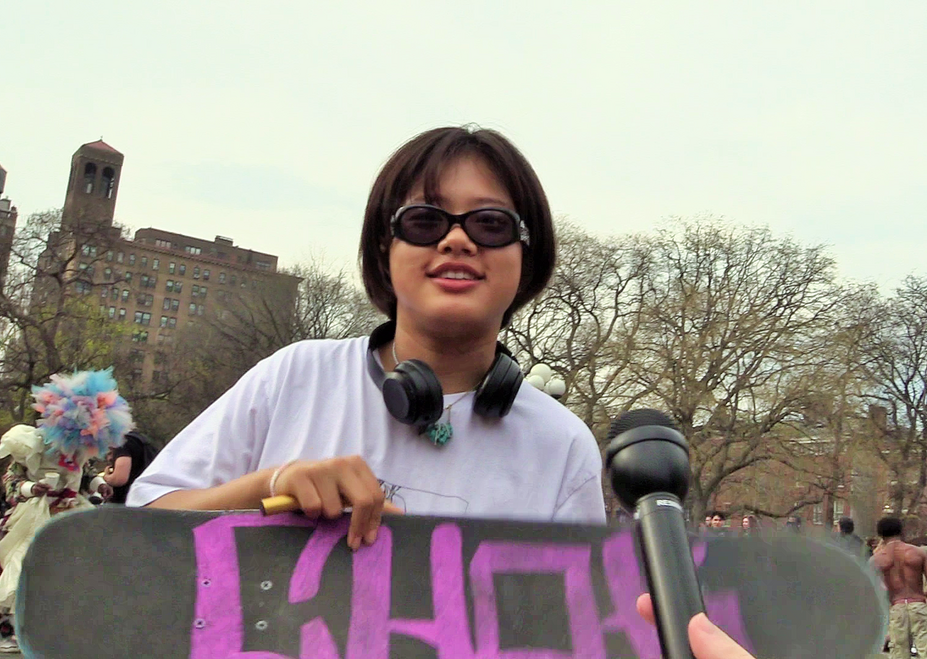 BY JASMINE SHIFFER | The skateboarding scene in Washington Square Park is thriving these days — although not all parkgoers and local residents are happy about it. So skateboarding is both an attraction and a nuisance at the park, an activity that draws crowds but also breaks the park rules.

Last spring, the Parks Department announced a new initiative to crack down on skateboarding — which, technically, is banned in the park — and skaters felt the consequences.

“Last summer the cops came, and there were fights,” said Chok, a skater who’s been coming to Washington Square Park for almost two years. “Some of my friends got arrested,” she said.

But since then, skaters at the park agree that policing has tailed off.

“They don’t care anymore,” said a skater who goes by Sleepy. In the three months he’s been coming to Washington Square Park, he’s had no interactions with enforcement. He was not aware of any crackdown in the park.

Dylan, a skater of seven years, recalled encounters with police and Parks Enforcement Patrol officers but noted their leniency.

“I’d come back the next day and be able to skate,” he said.

Skaters recognize that their fun can pose a danger to other parkgoers. Navigating the park on foot can feel like a game of chicken when skaters crowd the walkways.

“I feel bad to a certain extent,” said Zay, who’s been skating at the Greenwich Village park for a year and a half. “Too much happens here. It gets tiring.”

But at the same time, skaters feel it’s possible to coexist.

“I’m not disrespectful when there’s people here showing art and stuff,” Dylan said. “I just stay in my own lane.”

There are other skate parks throughout the city. Tompkins Square Park, for one, is a popular skating hangout. But these skaters are devoted to Washington Square Park.

“All our friends are here,” said Ron, who has been skateboarding at Washington Square Park for the past year. “It’s also convenient, I live three blocks away.”

For the skateboarders, Washington Square Park is a center of skating culture, and they hope to keep it that way.

“I love the community. These are all my brothers,” said Chok, grinning toward the skaters passing by. “We’re not on our phones, we’re just existing in the present, and it’s a workout, too.”

She stressed the importance of skating culture for skateboarders who come from poor or broken families and public housing. She called on the city to do more for skaters, building new skate parks, designating spaces for the sport and the community to thrive.