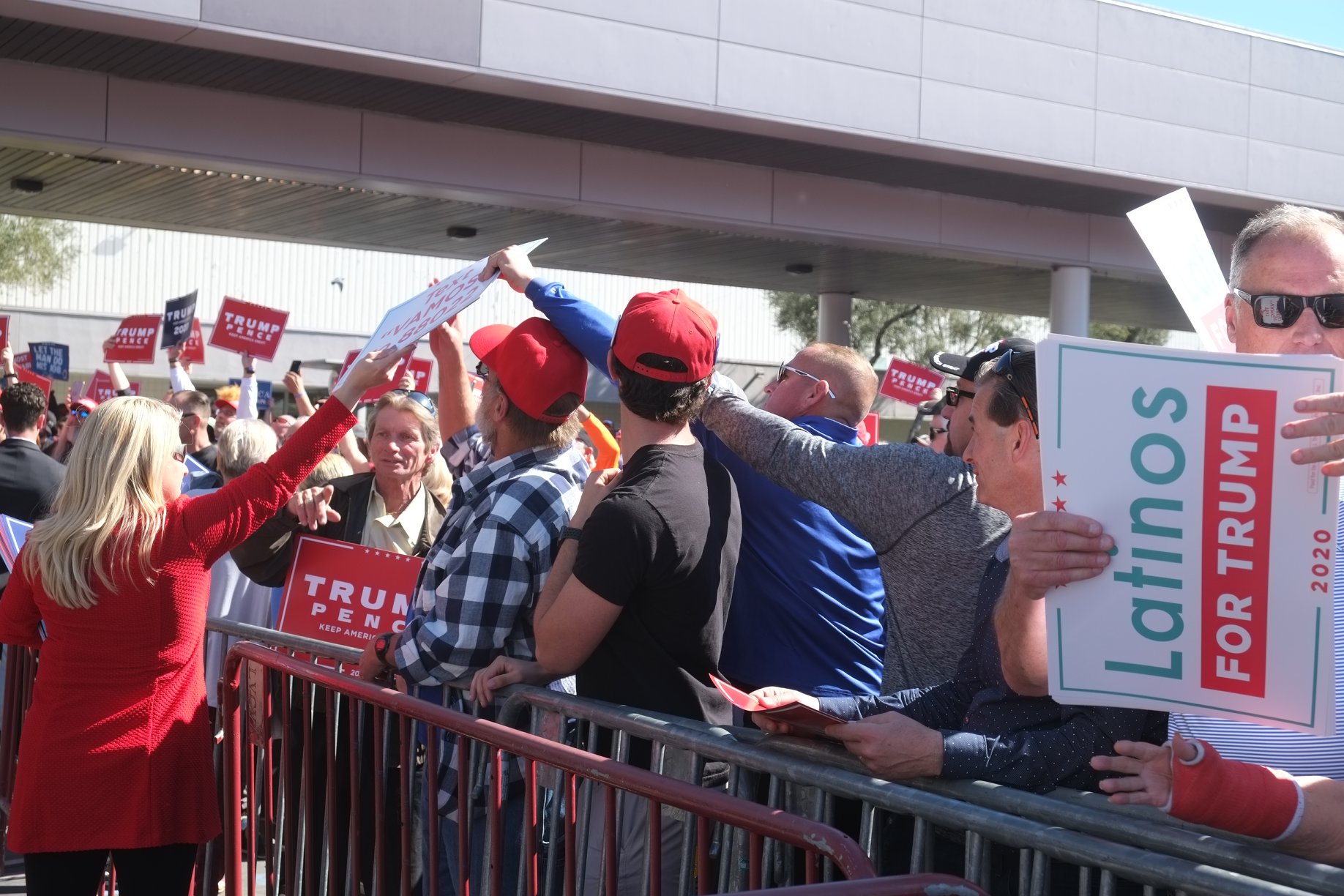 With some toting "Latinos for Trump" and "Black Voices for Trump" signs, white supporters for the president rallied in Vegas during the Nevada caucuses. (Photo by John Penley)

For around the past eight years, Penley had been living in Asheville, North Carolina, where he grew up. He had participated in the Occupy Wall Street protest at Zuccotti Park in Lower Manhattan in 2011, but then, unfortunately, found himself priced out of the city. So he decided to head back Down South.

Recently, after a family dispute over his late parents’ house — his sister wanted to sell it, he wanted to keep living in it — he again found himself on the outs.

“My sister evicted me,” he said.

After doing some research, Penley decided Vegas would be his next stop.

So he packed up his stuff, rented a U-Haul, got a driver and headed out West.

As for what made up his mind about moving to Sin City, he said, “Honestly, it was cheap rent, and it was a city that had stuff going on.

“For $1,150 a month, I’ve got two bedrooms, a big living room, a bathroom, two big walk-in closets, with utilities, everything included.”

He’s been going through some serious health issues lately, but the Vietnam-era veteran is re-upping with the Veterans Administration in Vegas for his healthcare.

Although he picked up stakes and relocated, Penley — a former New York City news photographer in the 1980s and ’90s — didn’t leave behind his urge to document events, especially political demonstrations, one of his specialities.

During the recent Nevada caucuses, he snapped photos of white Trump supporters who, he was incredulous to see, were toting “Black Voices for Trump” and “Latinos for Trump” signs.

Two-and-a-half years ago, he documented the clash between the alt-right and antifa at the Unite the Right rally in Charlottesville where a woman was killed by a white supremacist who plowed his car into a group of antifa marchers.

Another benefit of moving to Las Vegas for Penley is that, as of three years ago, recreational marijuana has been legal there. All those years of fighting to legalize pot, he mused with a chuckle, and now he is, at last, living in a state where the weed has been freed.