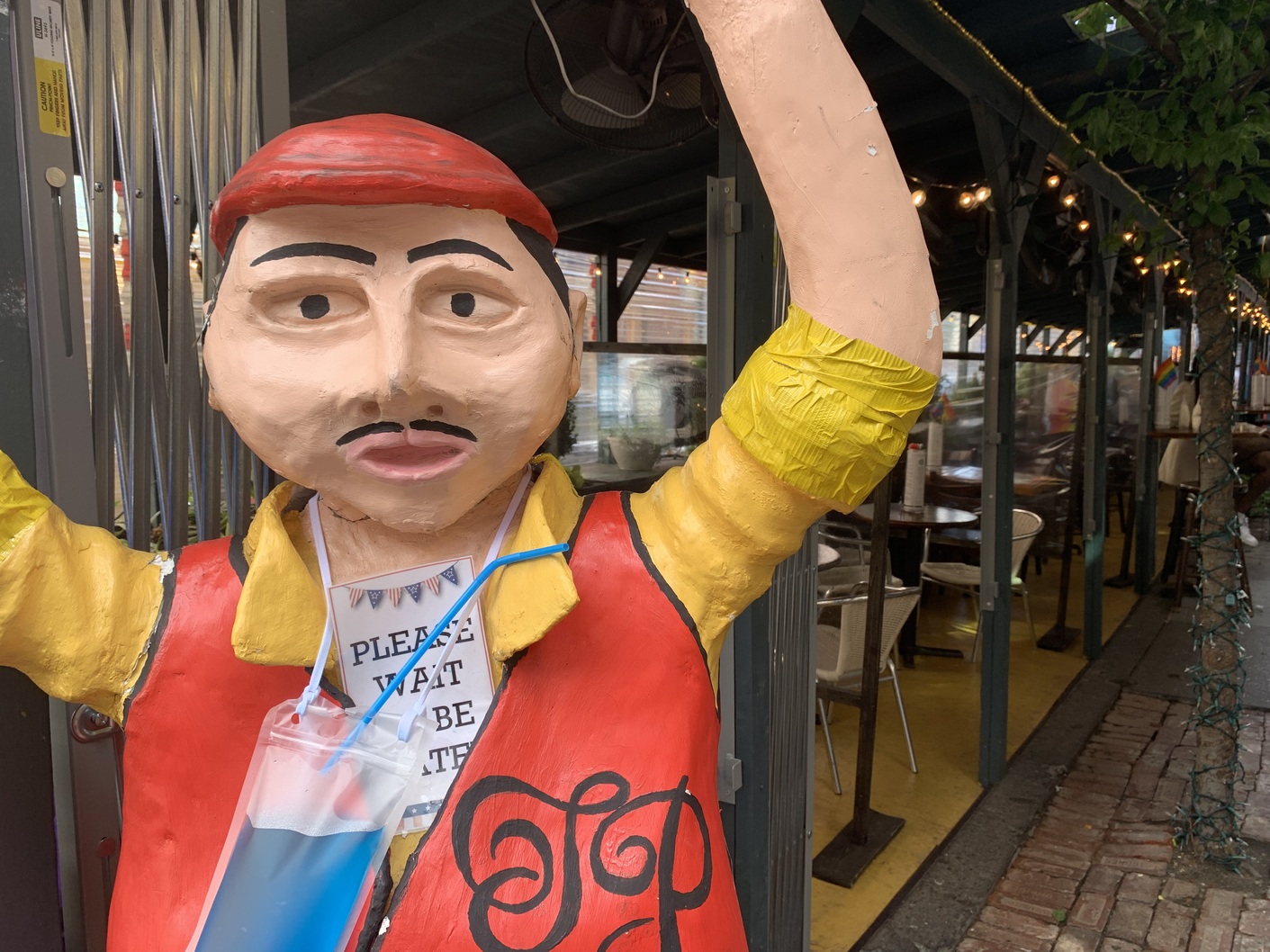 Tio Pepe's Village location survived the pandemic. But the restaurant shut down for two months during the heart of last winter. (Photo by Nixie Strazza)

Village restaurateurs dish about the road ahead

BY NIXIE STRAZZA | The streets of New York are waking up as restaurants slowly return to pre-pandemic operations.

On June 15, Governor Cuomo announced an end to all COVID-19 precautions in commercial settings following the 70 percent statewide vaccination milestone. With normalcy now within reach, owners and managers of local favorites spoke to The Village Sun about the difficulties of the shutdown and the future of the restaurant business.

Emil Varda, the managing partner of The Waverly Inn, used a single word to describe how the restaurant fared during the pandemic: “horribly.” The Waverly Inn, with its Christmas tree lights illuminating the corner of Bank St., was forced to take a five-month hiatus beginning last March. Varda was able to keep on around 60 percent of his staff, but without a proper delivery setup and a largely deserted neighborhood, they had no way to operate.

It is a personal affair for Jimmy Sanz, whose family has run Tio Pepe since the beginning. Three of Tio Pepe’s four New York locations permanently closed due to the pandemic. Only the original location on W. Fourth St., established in 1970, is still dishing out traditional Spanish fare. Sanz and his team consolidated the best-sellers from every location onto a single menu and prioritized keeping on as many employees as possible.

James Shields, the owner-operator of Brunetti on Hudson St., says it took three days for the restaurant to recalibrate and fire up the brick oven after the shutdown was announced. Along with neighborhood deliveries, Brunetti donated tens of thousands of pizzas to frontline workers, serving a greater cause, as well paying employees in need of a salary. Sidewalk space and a back garden enhanced the outdoor dining experience once the state allowed it.

Following its initial reopening in August, The Waverly Inn kept its outdoor dining spaces for the entirety of the winter season, closing only in the face of extreme snow. Customers who arrived in a full ski suit received a glass of complimentary champagne as a part of the restaurant’s Après Ski programming.

Due to a lack of heating in the outdoor areas, Tio Pepe closed  in January and February, compounding an already difficult situation. Upon reopening, Tio Pepe became known around the neighborhood for its margaritas-to-go and reliable takeout window.

The managers expressed frustration with the ever-changing guidelines coming from the Governor’s Office and the Centers for Disease Control and Prevention.

“Every time Cuomo would pass a new legislation, it would just hurt us more and more,” Sanz lamented.

He cited the nightly curfews and mandatory food with alcohol as the biggest offenders. Already tight on money and manpower, they found it difficult to follow regulations altered on a day-to-day basis.

Shields felt that government regulations often ostracized the restaurant industry while allowing other types of businesses to operate more freely. He found it ludicrous that airlines received huge sums early on while restaurateurs gambled their livelihoods to make ends meet. The Paycheck Protection Program loan his restaurant received represented a mere six weeks of revenue, a drop in the bucket in the face of a 15-month shutdown.

Varda said he understood the wrinkles that came from managing the unknown, but this did not make them any less inconvenient.

While Shields is grateful that Brunetti was able to keep its entire staff on for the duration of the pandemic, he said, “Financially, it was one of the most devastating things that ever occurred to me in my lifetime.”

He survived on peanut butter-and-jelly sandwiches while struggling to keep the restaurant afloat. Expansionary funds were instead funneled into everyday expenses and litigation after the restaurant received up to $40,000 in fines for outdoor dining spaces in violation of state guidelines. (Shields said the problem was regarding a lack of a necessary permit, despite there having been no such permit requirement at the time.) For a decimated industry with scant revenue security, these fines, in some cases, could have been the last straw.

Brunetti immediately opened up indoor dining in adherence to state guidelines, gradually increasing toward full capacity, as did The Waverly and Tio Pepe. In terms of al fresco eating, Varda said he was ecstatic that “New Yorkers and Americans are finally appreciating European outdoor dining.” Outdoor seating is synonymous with what he deems the post-pandemic “new era,” which he believes is here to stay.

Shields sees the city’s Open Restaurants program as a “net benefit for society.” After months cooped up in their apartments, diners are able to enjoy the fresh air.

“Once we get tourists back, it’s going to be wonderful,” agreed Sanz.

It will take time to restore the city to its former sleepless glory, but these rebounding restaurants are a testament to the atmosphere and culture that makes New York unique. Sanz contends that outdoor dining is imperative to building back better.

Despite increased vaccinations and fewer masks, Varda said his team remains vigilant about frequent sanitization of door handles, bathrooms and public areas to ensure customers’ safety. Masks are still worn by servers working the indoor dining spaces, but are no longer required outside.

The staff at The Waverly is fully vaccinated, thanks to management’s organized efforts to secure jab appointments for employees.

When food-service workers became eligible for the vaccine, Sanz wrote his team letters containing the necessary information and facilitated the process for them.

Since reopening, the operators have been overwhelmed by the steadfast support they received from the community. For Shields, it was a two-way street. Patronage from loyal customers kept the business open and, as one of the few restaurants operating during the depths of the shutdown, Brunetti was a comfort during dark times.

As the summer revs up, restaurants are a reprieve from the virtual world we have endured this past year. Food is a cornerstone of culture and connection.

“You celebrate every single major milestone in your life around food, friends and family, and hopefully you’re laughing your ass off,” said Shields, who is glad to provide a home for all three.

Sanz is looking forward to a summer of celebration, which kicked off with the Pride March on June 27. Stationed at the heart of the action, Sanz was glad to see the community enjoying themselves and embracing one another.

Owning a restaurant is a completely new ball game. Shields saw his savings wiped out and Sanz does not believe another Tio Pepe location will open in the near future. The cost of operation increased, but the people returning to these tables are also not the same.

Varda feels that deep down we are all still afraid and said that reopening is bittersweet. While the joy derived from social interaction after months of hibernation is palpable, so is the caution and skepticism we now carry.

With shots in our arms and good food for the enjoying, are we able to embrace our this moment of rebirth or fear what lies ahead? For now, grab some loved ones and pull up a chair. The city is waiting.