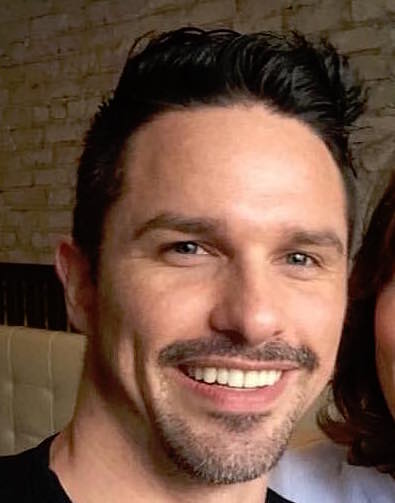 BY THE VILLAGE SUN | A young Hell’s Kitchen resident was fatally struck by a garbage truck early on the morning of Fri., Dec. 20.

Police said Joshua Geyer, 36, was in the crosswalk at 49th St. and 10th Ave., heading from north to south, around 4:45 a.m., when a private sanitation truck coming up the avenue turned left onto the side street and hit him.

Geyer fell to the street, where responding officers found him lying with head and body trauma. E.M.S. medics declared him dead at the scene.

Geyer, who was from Orlando, Florida, lived in a tenement at 692 Ninth Ave., between 47th and 48th Sts., just a couple of blocks away from where he was fatally struck.

A trained dancer, he formerly worked as an accountant manager at the digital media company Conversant, according to his Facebook page.

Good-looking, bearing a striking resemblance to actor James Franco, his photos on his Facebook page are full of compliments of “handsome” from his friends.

“May you be remembered for your brilliance in dance and glowing smile,” a friend posted on his obituary page.

Police initially withheld Geyer’s name pending notification of his family of his death, before releasing it on Dec. 30.

The sanitation truck’s driver, Robert Alford, 58, of Plainfield, N.J., remained at the scene. He was arrested and charged with failure to yield to a pedestrian and failure to exercise due care.

Geyer’s death came during an alarming week last month that saw six pedestrians killed by cars and trucks, including four in a 13-hour span.

The day before Geyer was killed, another Hell’s Kitchen resident, Katherine Miller, 26, was fatally struck in Soho by a Ferraro Foods box truck backing up at Broadway and Howard St.