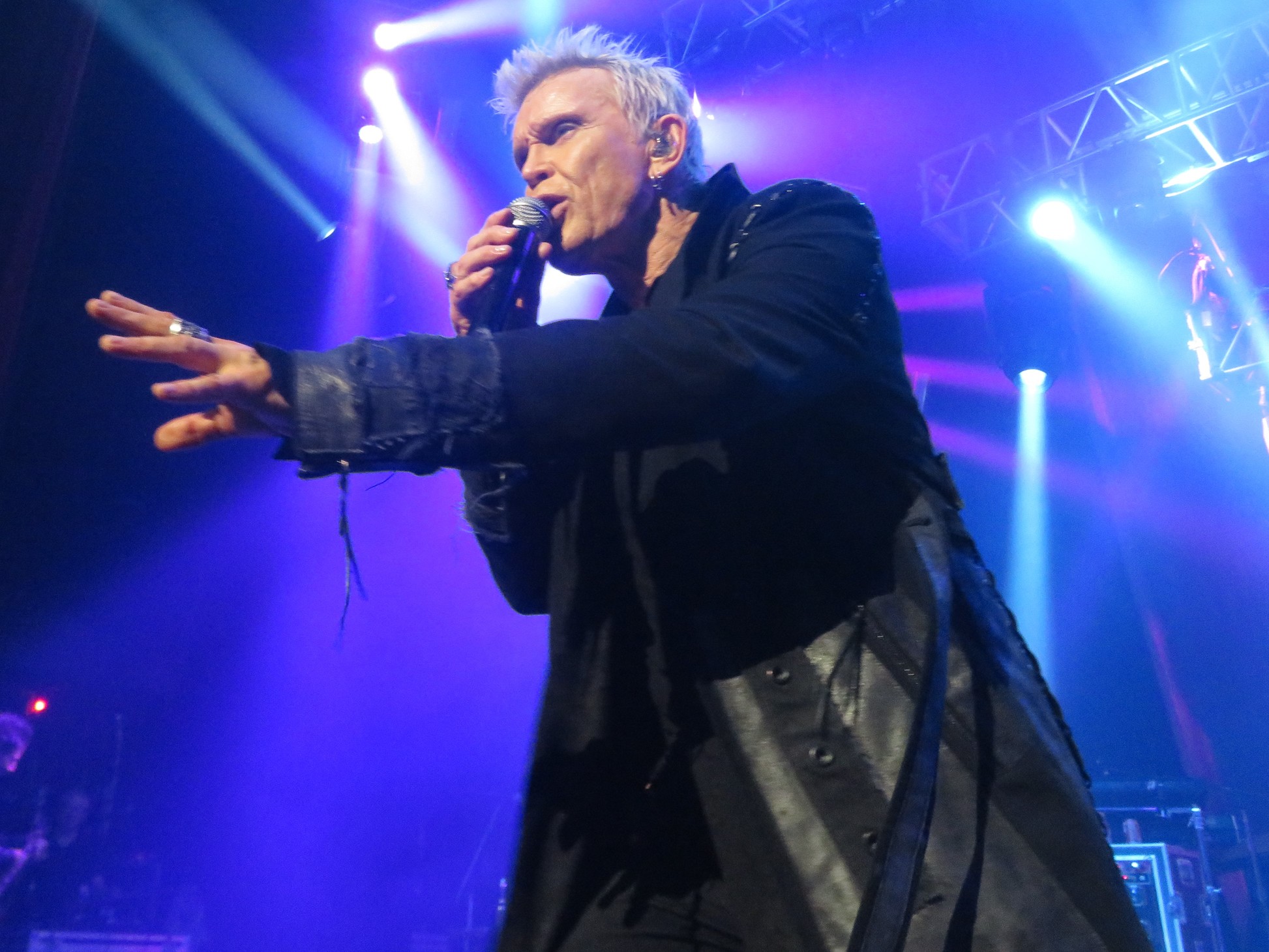 Billy Idol put on a high-energy show at the Capitol Theatre in September. (Photo by Everynight Charley Crespo)

Veteran rockers are still kicking out the jams

BY EVERYNIGHT CHARLEY CRESPO | Let’s face it, many of today’s best rock performers are senior citizens. Billy Idol, for instance, is 65 years old and a grandfather. Yet, recently at the Capitol Theatre in Port Chester, the blond, spiky-haired, abs-packing, biker-jacketed rocker took the stage like the Billy Idol of 1980s MTV fame. That is to say that Billy Idol was a human tornado.

Idol’s voice was strong, husky and supremely masculine. Singing nightly on tour strains the vocal range, however. Idol cleverly and conveniently built many of his songs to a crescendo and then often held the microphone to the audience in order to encourage his fans to sing the most taxing shouts.

Idol’s peak commercial success was in the 1980s, and he drew most of his set from that era. Also reaching for both the old and the new, he performed “100 Punks,” a deep cut from his former band, Generation X, as well as “Bitter Taste” and “Rita Hayworth,” two songs from “The Roadside” four-song EP released on Sept. 17, his first new music since 2014. The familiar hits bookended the lesser-known songs.

In the East Village, retailers sell a T-shirt that reads, “I may be old but I got to see all the cool bands.”

One is never too old to rock and roll, judging by the number of veteran musicians who played a variety of New York City stages in the past month or so. They may not want to reveal their ages, so let us just say they are all over 50 years old and are not pretending to be 40-something. They looked and sounded far better than many of the younger musicians playing the circuit.

And, yes, they saw all the cool bands.

For more of Everynight Charley Crespo’s coverage of the city’s live music scene, check out The Manhattan Beat.