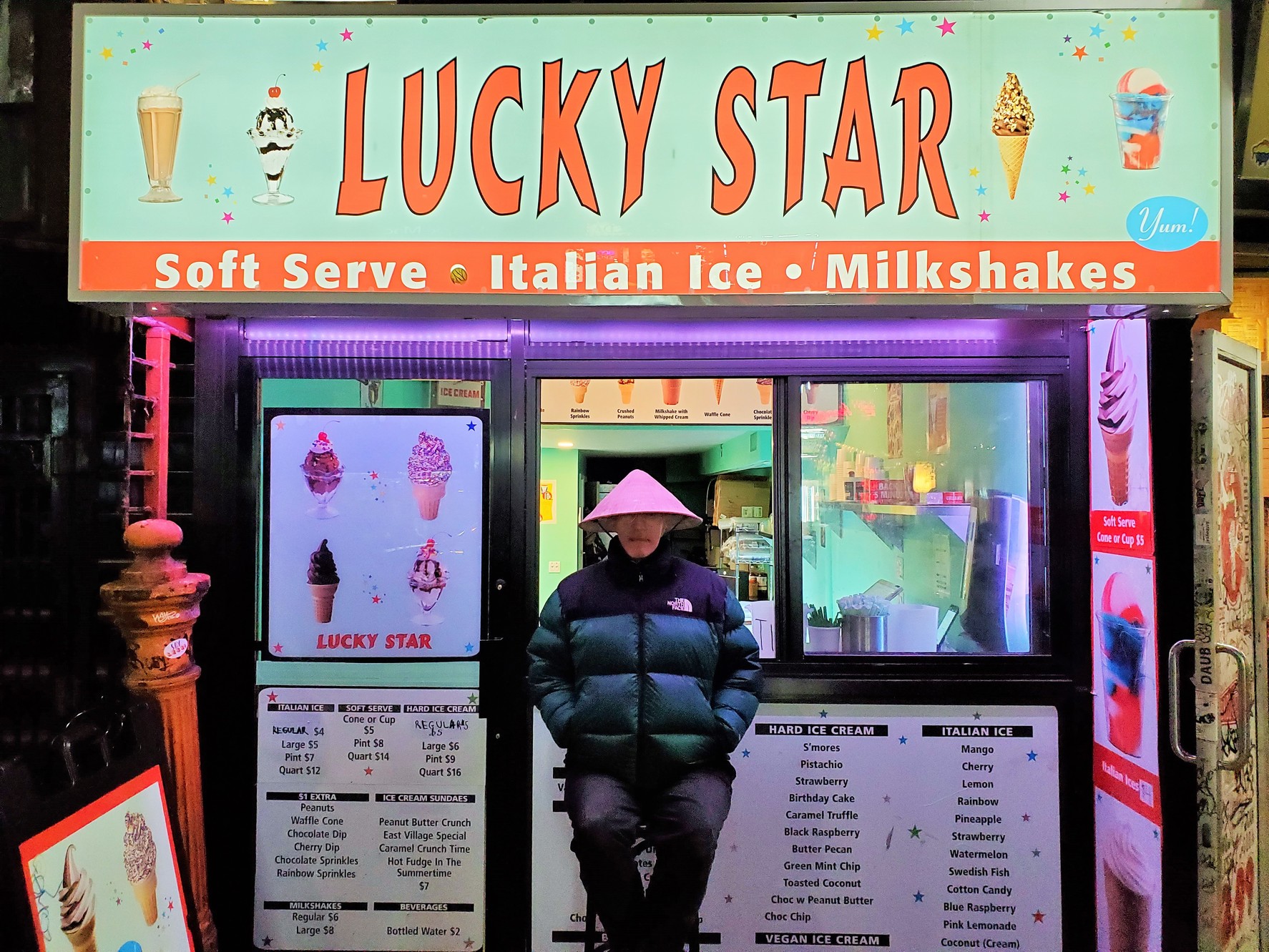 Trigger in front of his Lucky Star ice cream takeout window on St. Mark's Place. (Photo by The Village Sun)

Trigger will be hot-dogging it at Lucky Star

BY THE VILLAGE SUN | Lucky Star swirled onto the map this summer as a new ice cream go-to spot in the East Village and Lower East Side.

So far, there are two locations, on St. Mark’s Place between Third and Second Avenues and at the corner of Clinton and Delancey Streets. A third, larger spot, on Division Street, is in the works, but issues like a wine-and-beer license there are still being sorted out.

“Lots of people ask if we have sandwiches or hot food, so I thought hot dogs would be perfect,” Trigger told The Village Sun. “Coincidentally, a store that was at this location before served hot dogs starting in 2008 for a few years snd was called Clinton Papaya!”

Trigger formerly ran the Continental, on Third Avenue near St. Mark’s Place. After a 15-year run as a live-music venue — Joey Ramone loved playing there — he turned it into a cheap-shots bar in 2006. In 2018, it was demolished for a new office building construction project.