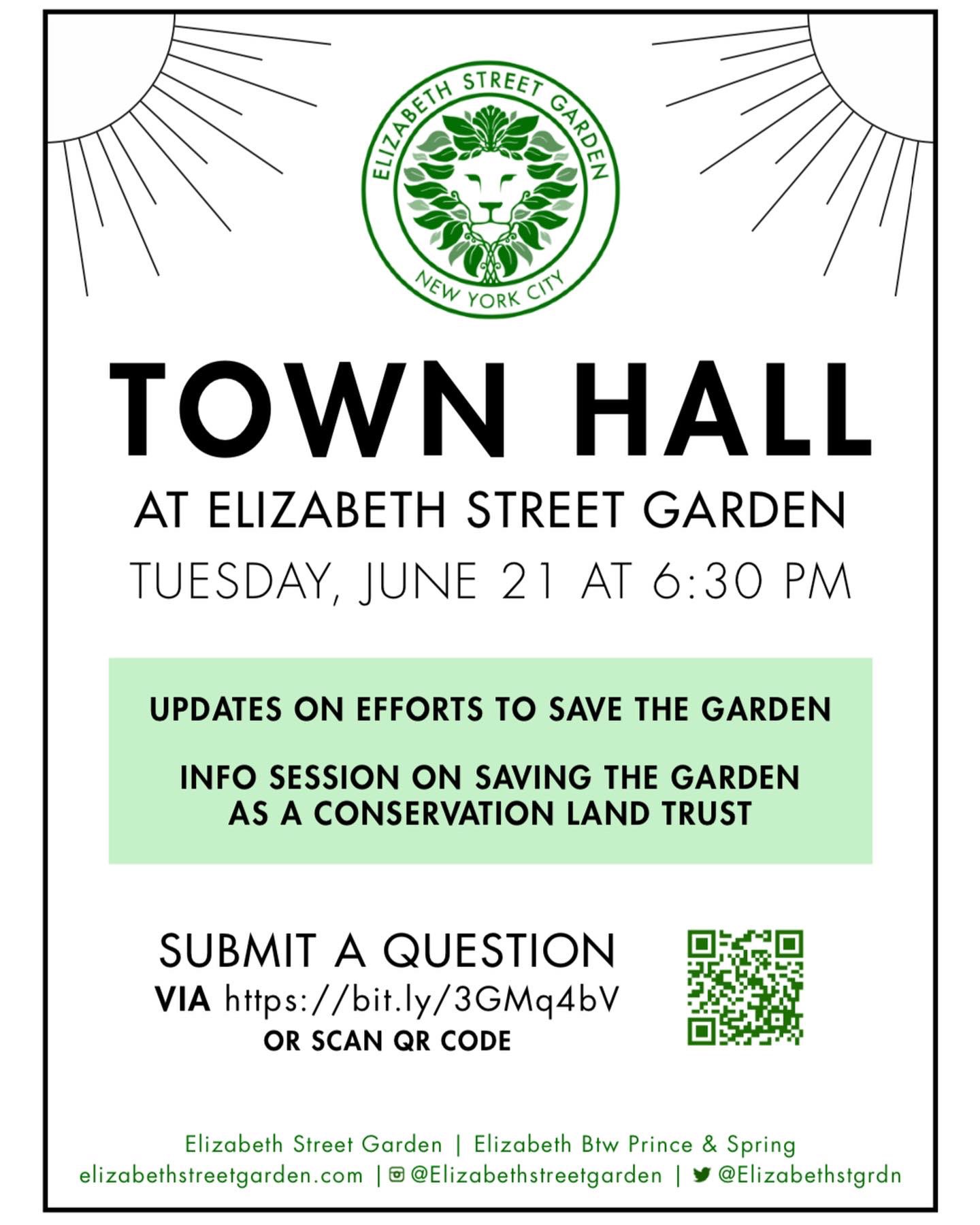 BY THE VILLAGE SUN | A town hall meeting about ongoing efforts to save the Elizabeth Street Garden — including the idea of preserving it as a conservation land trust — will be held in the Little Italy green oasis on the evening of Tues., June 21.

Garden members continue to fight in court to stop the city’s plan to build Haven Green, a senior affordable-housing development, on the garden, which spans from Elizabeth Street to Mott Street, midblock between Prince and Spring Streets. The lot is city-owned land, but has been leased to the garden on a month-to-month basis for more than two decades.

Meanwhile, the garden’s operating body, Elizabeth Street Garden, Inc., is also pushing a plan to preserve the garden as what is known as a conservation land trust. There are a number of Downtown gardens that are currently in land trusts, either individually or as part of a group.

Another option would be to make the Elizabeth Street Garden permanent parkland under the jurisdiction of the New York City Department of Parks and Recreation. But one advantage of putting the green space into a C.L.T. would mean the city would not have to pay any money toward the garden’s ongoing maintenance and operation.

E.S.G., Inc., has issued a report on the C.L.T. concept complete with an extensive list of area businesses and organizations that wholeheartedly support the plan.

The town hall will begin at 6:30 p.m. with a welcoming, an introduction and updates on the legal case.

At 7 p.m., the presentation on the community land trust proposal will begin, with the report projected on a screen. That will be followed by a conversation between Joseph Reiver, the garden’s executive director, and Lincoln Anderson, the editor of The Village Sun, on the pros and cons of saving the garden as a C.L.T. versus as a Parks Department property.

At 7:45 p.m., there will be a Q&A with questions submitted earlier by the audience, after which the floor — or the lawn — will be opened up to more questions from the public.

Garden advocates back an alternative plan for the Haven Green project — namely, to relocate it to the vacant, city-owned site at Hudson and Clarkson Streets on the West Side. They maintain that five times as much affordable housing could be built on the site, which sits atop a watershaft to the Third City Water Tunnel. When the City Council approved the Soho/Noho rezoning last year, the Hudson Street site, in fact, was cited as a spot earmarked for 100 units of affordable housing. Even so, the city is also still pushing ahead with the Haven Green project at the Elizabeth Street Garden.