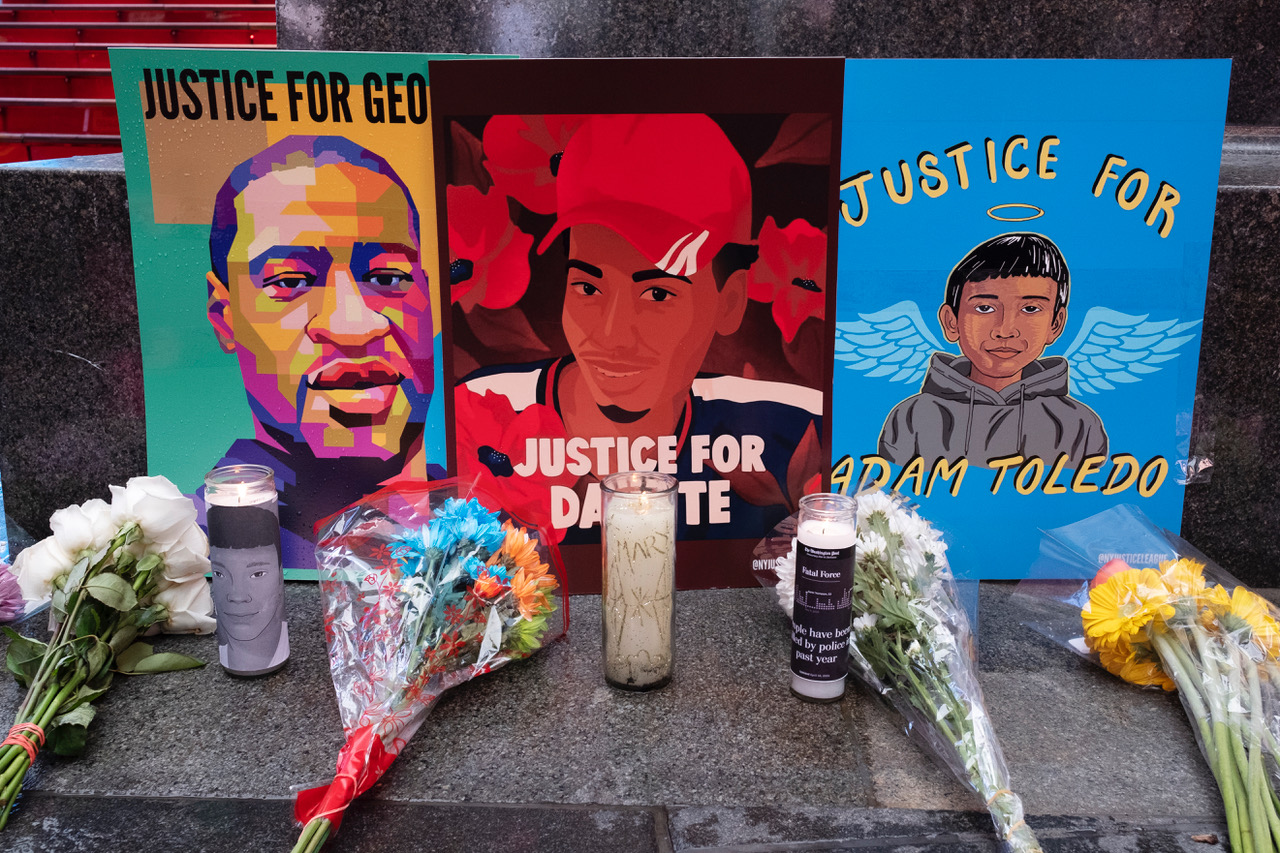 On Friday, amid the George Floyd trial and on the heels of two more high-profile deaths in the Midwest, a vigil and protest was held in Times Square for victims of police shootings.

There were pictures of Floyd and Breonna Taylor, along with Daunte Wright and Adam Toledo.

Wright was killed on April 11, in Minneapolis, by a veteran cop who claims she meant to use her taser but mistakenly fired her gun.

Toledo, 13, was killed on March 29 after fleeing officers in Chicago; police body-camera footage from the incident was released on April 15.

According to the video, after a foot chase, Toledo apparently tossed away a gun behind a fence right before he was fatally shot. Chicago’s mayor, Lori Lightfoot, said there was no evidence Toldedo had fired the weapon at cops.

Lightfoot vowed to track down the person who gave the young teen the firearm.

“Let’s be clear,” she said. “An adult put a gun in a child’s hand. A young and impressionable child. And one who should not have been provided with lethal force. A weapon that could and did irreparably change the course of his life.

“And it’s way past time for us to say, ‘No more,'” she said. “I have directed the superintendent [of police] and the chief of detectives to use every resource to track down the origins of this gun — through tracing, fingerprinting and DNA and any other means — and to find the person responsible for giving it to Adam. I want to bring that person or persons responsible for putting that gun in Adam’s hands to justice.”