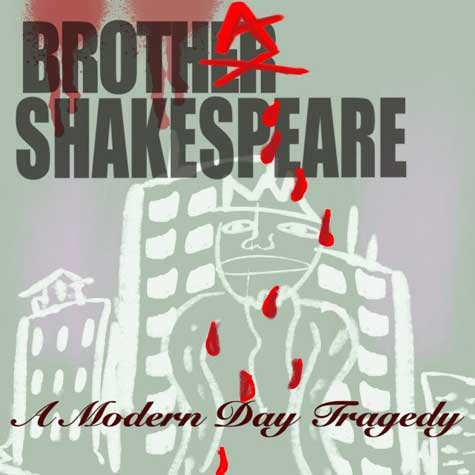 A former successful Shakespearian actor, now homeless living on the streets of New York City, is forced to make peace with his past and the brutal truth of the two Americas in which he lives in "Brotha Shakespeare."

BY CLAUDE SOLNIK | A steady procession strolled through the Theater for the New City during the afternoon of July 7, settling into seats at some of its theaters a few days after Independence Day.

But there weren’t audiences coming to see a show: They were some groups presenting work as part of TNC’s Dream Up Festival, a huge project that, at a time when festivals are few and far between, remains at once an ongoing theater tradition and a fixture of summer theater in New York City.

The Fringe, a longtime New York City festival, has ended. But TNC’s Dream Up Festival resumes its decades-long run this year with 23 plays, each offering at least five performances, from Aug. 28 to Sept. 18.

Jonathan Weber, TNC’s administrative director, said the absence of the Fringe has made Dream Up an even bigger deal both for theater makers and theatergoers.

“This year’s been unusual, not just because we’re returning after two years,” Michael Scott-Price, Dream Up Festival director and TNC literary manager, said. “This year was a record in terms of submissions. It took a lot of sifting. This is a lot of people’s hopes and dreams.”

Crystal Field, who leads Theater for the New City, has long placed a priority on presenting new work true to the theater’s name, which has “new” embedded in it. Through Dream Up, TNC will present theater in its Johnson Theater (the largest), Community Theater and Cabaret spaces.

The Cino Theater, named for legendary Off-Broadway figure Joe Cino, is underdoing a renovation and will not be used. TNC during the summer focuses on both its street theater, another large undertaking, and Dream Up.

“During the summer, we present street theater, a new musical, every year and Dream Up,” Crystal Field, TNC’s executive director, said. “These are two big projects and two TNC and New York City traditions. And we’re happy that both will be taking place this year.”

TNC, which both presents new work and hosts events, such as its annual Halloween Ball, produces Dream Up each year, seeking to serve both theater makers and theatergoers.

“This festival is part of TNC,” Michael Scott-Price added. “TNC’s been here since 1971. This is the festival’s 13th year. We were on a hiatus the last two years.”

While to say that theater has returned to normal is debatable, Dream Up’s return is at least one sign of theater’s comback. While mask mandates may be waning, masks remain common.
The festival includes nine productions being presented in the Community Theater, eight in the Cabaret space and six in the Johnson, named for J. Seward Johnson.

TNC and Dream Up are presenting groups that have never done work at the theater before, some who presented at earlier festivals and some who regularly do work at TNC, which also runs an emerging playwrights program.

The festival plans to provide complete listings both on its own Web site www.dreamupfestival.org and TNC’s Web site at www.theaterforthenewcity.net.

“We’ll also have a festival guide,” said Price, who started as an actor, then wrote and directed theater before co-founding this festival with Crystal Field and TNC. “We also have international groups coming in.”

Doing a festival of this scale is a huge task, even in terms of logistics. Groups are promised at least four hours of tech time and possible additional rehearsal time in the theater.

Alexander Bartenieff, the theater’s head of lighting, prepares standard plots for each theater, although some groups adapt or supplement that.

Mark Marcante and Lytza Colon, who lead TNC’s set-building department and shop, can do additional set work, if shows engage them, although productions have 15 minutes to set up and take down sets between shows.

“Make sure your set can easily be packed up and moved out of the way,” Clara Elser, the festival’s coordination manager, said. “Nothing permanent.”

Each production is expected to supply an usher and have its own tech team, including someone to run the lights — although the theater provides a technical director to troubleshoot.

“It helps things run more smoothly,” Esler added of the importance of a tech team. “Have someone prepared to run the board.”

Simply storing sets and costumes for dozens of shows is a logistics feat in itself. Susan Hemley, TNC’s props, standing set pieces and costumes manager, said the theater allocates spaces for each show that are 4 feet wide and 8 feet wide for storage.

She added that groups get to come in and select props, sets and even costumes at specified times, so that they don’t simply have to truck everything in, a huge convenience and one thing that makes it possible to do a festival of this scale relatively quickly.

Jonathan Slaff handles publicity for the festival, getting out the word, while Donna Mejia is the festival’s communications manager, serving as a key contact between groups and the festival.

While TNC encourages groups to make posters, ideally adhering to specifications (TNC wants specific fonts and formats), Price reminded groups that digital marketing can matter as much or more than physical fliers.

“It’s the world of social media,” he said. “Get a minimum amount of posters. Social media is the way to go.”

TNC and the Dream Up, as well as its 23 productions, are gearing up for the summer festival, continuing one of the city’s longer-running theater traditions.

Tickets will be available online via www.OvationTix.com, with links through Dream Up, TNC’s and production Web sites. However, one thing hasn’t changed much over the years.

“We’re very old-fashioned here at TNC,” Hemley added. “If you have people who want to buy tickets at the door, it’ll be cash only.”

Dream Up Festival, Theater for the New City, 155 First Ave., (between Ninth and Tenth Streets), Aug. 28 to Sept. 18. For tickets and more information, visit www.theaterforthenewcity.net, www.dreamupfestival.org or www.ovationtix.com or call the theater at 212-254-1109.