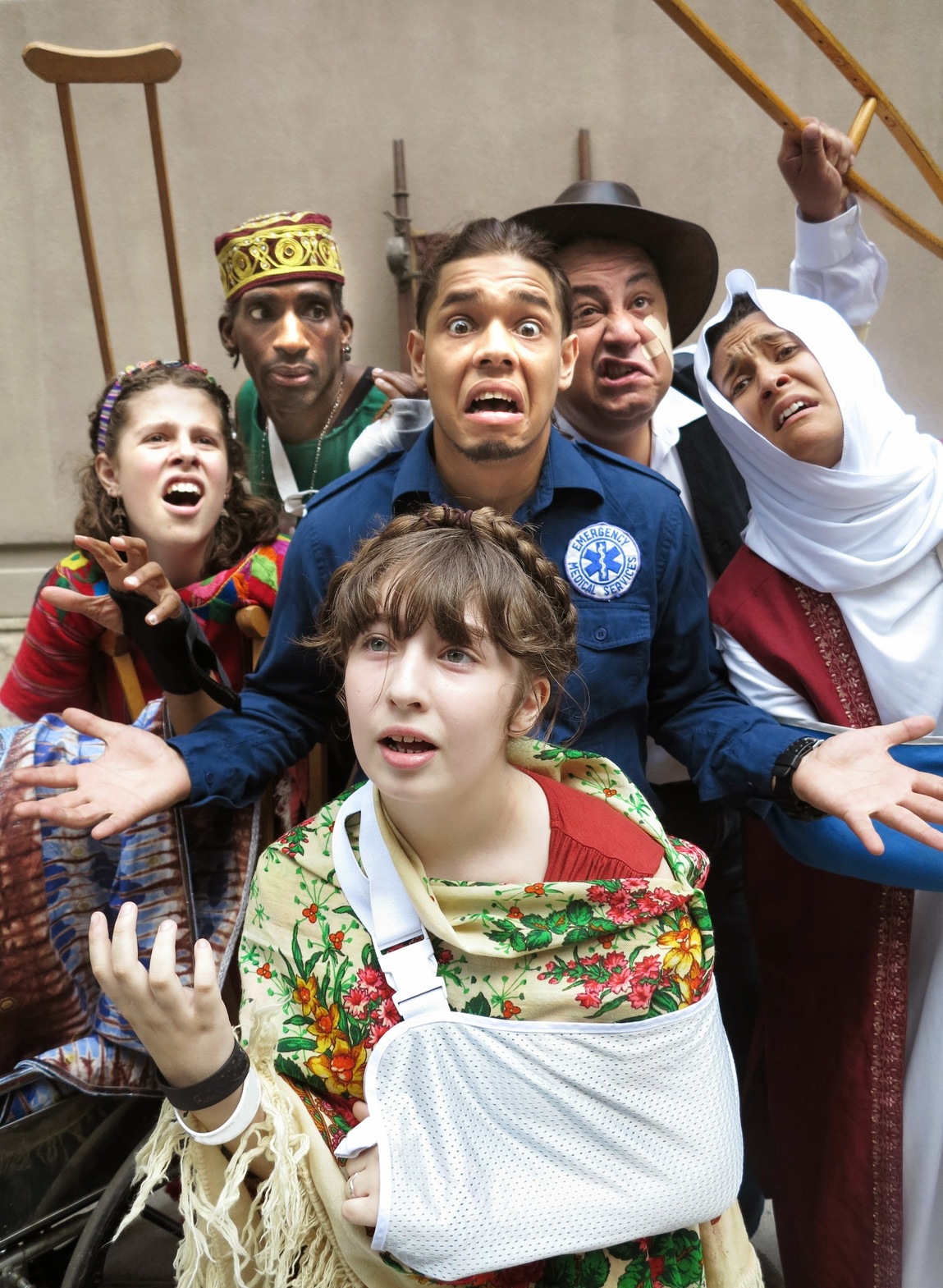 Theatrical healing: Theater for the New City's "Critical Care, or Rehearsals for a Nurse" takes on the COVID crisis. (Photo by Jonathan Slaff)

Theater for the New City’s award-winning Street Theater Company will return to playing for live audiences this year, opening its 2021 annual tour Sat., July 31, with the topical “Critical Care, or Rehearsals for a Nurse.”

The rip-roaring original musical tells the story of a young woman studying to be a nurse who, in order to pay for tuition and books, takes a job in a nursing home during the COVID health crisis.

Free performances will tour parks, playgrounds and closed-off streets throughout the five boroughs — from Coney Island to Staten Island to Central Park — through Sept. 12. Five of the 14 shows will be in the Downtown area, including one each in Washington Square and Tompkins Square parks, two outside Theater for the New City, at 10th St. and First Ave. and one at Abe Lebewohl Park, at 10th St. and Second Ave. outside St. Mark’s Church.

Book, lyrics and direction are by Crystal Field, Theater for the New City’s co-founder and artistic director. The musical score is composed and arranged by Joseph Vernon Banks. 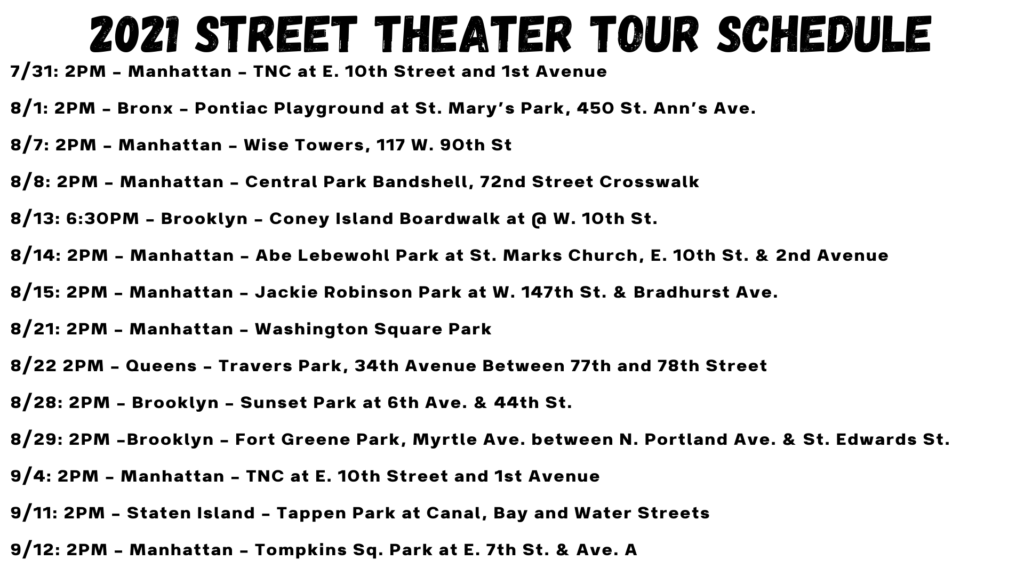 In the musical’s story, a third-year nursing student finds a job as a nurse’s aide in a nursing home. The residents are menaced by the dreaded COVID-19 virus, but good people fight back. A fighting scientist acts as the young woman’s mentor and activists teach her how to tell the truth. She learns from a physician/scientist who battles the insurance companies and from a head nurse who partners with a mayoral candidate to teach how people should to stick together.

All find joy in working together to defend immigrants, pushing politicians for affordable housing, and bringing a jobs program so that people can survive the terrible lockdown of the “early days.” A blessed hero, a juggling clown from the Clown Care Unit of the Big Apple Circus, entraps the virus and Lady Hypodermic administers a coup de grace. Theater, music and dance join hands to tell us how to find each other, so that the terror of the Trump years will not happen again.

The production, which runs one hour and 15 minutes, will be staged with an elaborate assemblage of trap doors, giant puppets, smoke machines, masks, original choreography and a huge 9-foot-by-12-foot running screen, or “cranky,” providing continuous moving scenery behind the actors. The company will feature 22 actors, 10 crew members, two stage managers, three assistant directors and five live musicians, led by the composer at the keyboard. The music will vary in style from bossa nova to hip hop to musical comedy to classical cantata. The play is described as “a bouncy joyride through the undulations of the body politic, with astute commentary couched in satire, song and slapstick.”

TNC Street Theater’s leading actor is Michael David Gordon, a teacher and performer with Irondale Theatre Company and also bandleader of a group that plays classic rock in the subways. In this year’s show, he plays the Doctor who is the Nurse’s mentor, as well as the narrator of the play.

Last summer, in response to the COVID-19 lockdown, TNC’s Street Theater production, “Liberty or Just Us: A City Park Story,” was an oratorio, livestreamed for an eight-week, 14-performance run. Each performance paid tribute to the park or other location for which it had been originally scheduled.

Author/director Crystal Field began writing street theater in 1968 as a member of Theater of the Living Arts in Philadelphia. She wrote and performed her own outdoor theater pieces against the Vietnam War and also curated and performed many poetry programs for the Philadelphia Public Schools. Her earliest New York street productions were playlets written in Philadelphia and performed on the flatbed truck of Bread and Puppet Theater in Central Park. Her plays are known for their characteristic “brainy slapstick.”

Field’s first complete work was “Mama Liberty’s Bicentennial Party,” in 1976, in honor of the 200th anniversary of the American Revolution. She has written and directed a completely new opera for the TNC Street Theater company each successive year.

Field has an associate’s degree in dance from Juilliard and a B.A. in philosophy form Hunter College. She collaborated for 11 years with composer Mark Hardwick, whose “Pump Boys and Dinettes” and “Oil City Symphony” were inspired by his street theater work with Field. At the time of his death from AIDS in 1994, he was writing a clown musical with Field called “On the Road,” which was never finished.

Composer Joseph-Vernon Banks has written original music for numerous TNC Street Theater productions. His awards include a Meet The Composer Grant, the ASCAP Special Awards Program and a fellowship from the Tisch Graduate Musical Theater Writing Program at New York University. He has been a composer in residence in The Tribeca Performing Arts Center Work and Show Series and is a member of The Dramatists Guild.